Following the warmest two years on record and spikes in violence that fueled a global refugee crisis, climate scientists on Monday reported that armed fighting is prone to follow droughts, heatwaves and other weather-related calamities in turbulent countries.

Nearly a quarter of deadly armed conflicts in the countries with the most diverse ethnic makeups from 1980 to 2010 were found to have occurred at around the same time as an extreme weather event. 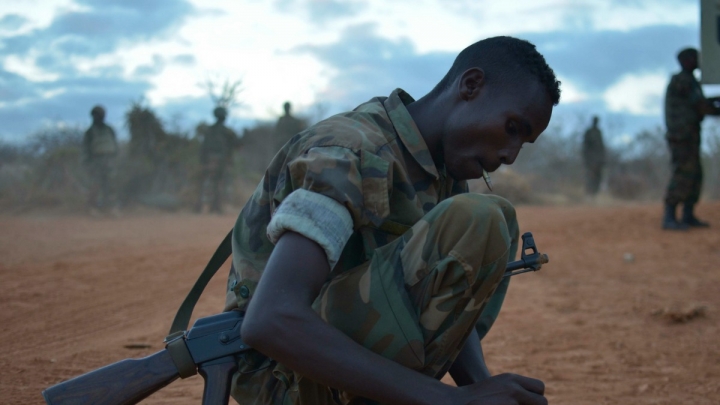 African countries like Uganda are among the world's most ethnically diverse, and they are also vulnerable to climate change. The new findings suggest peace will be harder to achieve and maintain in places like Uganda as the climate changes.
Credit: Tobin Jones, AMISOM Public Information/Flickr

“It’s significant that you can make that statement — that nearly 25 percent of those conflicts coincided with some type of climate-related disaster,” said Jonathan Donges, a Potsdam Institute for Climate Impact Research scientist who helped lead the new study.

Donges and three other European researchers detected the pattern after analyzing extreme weather events that inflicted heavy economic damages, and outbreaks of fighting that left at least 25 dead in a year. The results were published in Proceedings of the National Academy of Sciences.

“What’s much more important is that this number is highly statistically significant and robust,” Donges said. “You cannot explain it by chance.”

The findings have ominous implications for prospects of peace on a warming planet. They’re the kinds of warnings that the Pentagon has been issuing for years, with climate change being linked to conditions that can fuel war and brutality.

Greenhouse gas pollution and rising temperatures are causing droughts, floods and other natural disasters to become more severe. Climate change can also influence the likelihood that such extreme weather events will happen at all.

The new research honed in on “ethnically fractionalized countries,” such as Liberia and Afghanistan, where violent clashes can be fueled by religion and culture — or by shortages of land, water, food and other resources needed for survival and prosperity. Such countries tend to be among the poorest.

“The countries in this group, they’re countries that are very conflict prone,” Donges said.

With attacks and fighting crippling large areas in the Middle East, about 125,000 people are thought to have died in armed conflicts last year. That’s worse than in any year since 1994, when nearly a million Tutsis were slaughtered in Rwanda. (For comparison, malaria killed about 440,000 people last year.)

The exodus of victims from Syria and other war-torn countries has also been fueling waves of nationalism among Britons, Americans and other Westerners. Fear of refugees underpinned a campaign that helped convince residents of Britain to vote recently to withdraw from the European Union, fracturing continental unity.

“Conflicts hamper development, and cause widespread fear and terror,” said Jonas Nordkvelle, a researcher at the Peace Research Institute Oslo. The institute manages an armed conflict database that the climate researchers used to produce Monday’s paper. “If we know which factors contribute, maybe we can prevent conflicts from erupting — or limit their scope.”

Nordkvelle said the findings from the new analysis matched the impressions he has developed during his work on armed conflict.

“Natural disasters and conflicts are in general independent processes, but they can get entangled,” Nordkvelle said.

Untangling the processes to understand the intersection of war and extreme weather can lead scientists into an academic minefield of fiery controversies.

That’s largely because searching for statistically significant correlations between the two can be deeply confounding. As a result, assertions of connections between them are often based on individual case studies, such as the drought-fueled civil war in Syria. 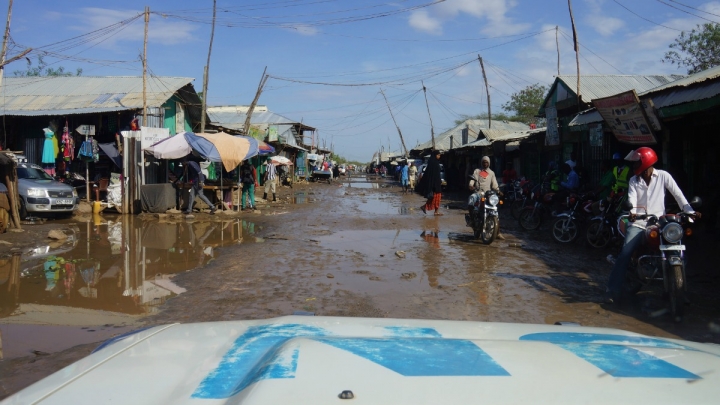 Debate among military strategists, politicians, pundits and policymakers regarding security threats posed by climate change is often moving forward without the troves of data that normally help guide government decisions — though that is beginning to change.

“Conflict is more complex than thermodynamics,” said Katharine Mach, a researcher at Carnegie Science’s Department of Global Ecology at Stanford. She wasn’t involved with the new study.  “What we’ve increasingly seen over the past decade is a really large increase in the literature that’s looking at climate change and conflict.”

When scientists examined the scientific literature a few years ago for the United Nations, they wrote in a chapter of a 2014 Intergovernmental Panel on Climate Change assessment that “there is justifiable common concern” that climate change increases risks of bloodshed.

But the scientists also warned that “confident statements” about effects of climate change on conflict “are not possible,” noting a dearth of scientific evidence.

“Many of the factors that increase the risk of civil war and other armed conflicts are sensitive to climate change,” the group wrote. As an example, they mentioned “economic shocks” caused by extreme weather events, “which may become more intense due to climate change.”

It was these links — between economic shocks caused by extreme weather and armed conflicts — that were probed by Monday’s study.

The analysis relied on a statistical tool borrowed from neuroscience in an attempt to detect correlations between war and meteorological disasters, which are tracked by academia and by private industry using separate databases.

Few climate scientists are familiar with the statistical tool, which is new. Jörn Davidsen, a physicist with the University of Calgary’s Complexity Science Group, read Monday’s paper and concluded that the tool was an appropriate one to use. “The overall trends should be reliable,” he said.

Monday’s findings were “consistent” with the idea that “weather events and climate change don’t cause violent conflicts,” said Robert McLeman, a geographer at Wilfrid Laurier University who studies environmental change. He wasn’t involved with Monday’s study. “But, in places where conditions are ripe for violence to occur, climate events increase the chances of it actually happening.”

Following 20 to 30 years of evolving research into links between war and the climate, Monday’s paper was “reasonably significant,” McLeman said. “It provides statistical support for the ‘threat multiplier’ idea.”

You May Also Like:
Global Economy Becoming Less Energy Intense
Local Efforts to Save Coral Reefs May Be Futile