A week ago, the International Energy Agency (IEA) dropped a bombshell: Global greenhouse gas emissions produced by burning fossil fuels for energy last year were the same as they were in 2013. That marked the first time in 40 years that energy-related emissions were flat while the economy grew.

The announcement flew in the face of established economic wisdom, which has long assumed that economic growth is inextricably linked to rising fossil fuel consumption and with it, rising climate-changing carbon dioxide emissions. Flat energy-related GHG emissions means efforts to snuff out CO2 emissions may be successful in a growing economy. 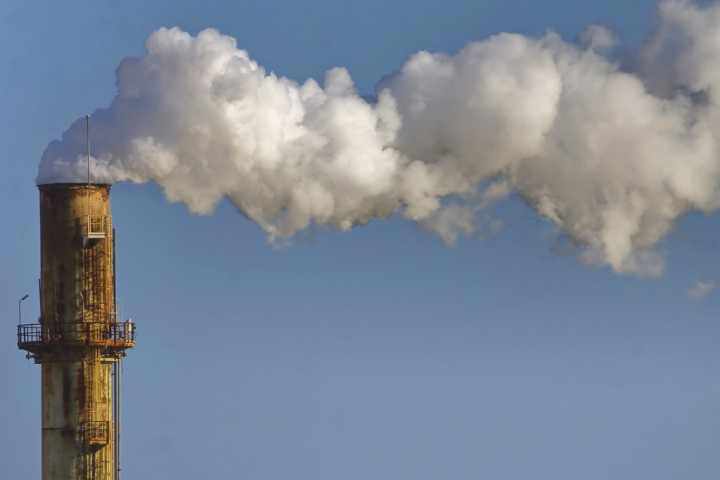 Global energy-related greenhouse gas emissions were flat in 2014, and the International Energy Agency says it shows that economies can grow even while reducing fossil fuel emissions. Credit: Aristocrats-hat/flickr

Some leading climate scientists and economists say this decoupling of emissions and economic growth has been in progress in the developed world for quite some time. But scientists have mixed opinions about what the decoupling seen last year may mean for global CO2 emissions in the future, as both renewable energy and fossil fuels expand in India, China and other developing nations with booming economies.

“I think this is a very hopeful sign that we can indeed grow the economy and lower carbon emissions at the same time,” Michael Mann, climate researcher and director of the Earth System Science Center at Penn State University, said. “So, for those who say it is impossible, I would say not only is it possible, it appears to be happening already.”

But Steve Cohen, director of the Earth Institute at Columbia University, said the increases in use of fossil fuels in China and India — which show few signs of abating — will push emissions in the opposite direction in 2015, and only the development of affordable renewable energy technology is likely to counter that trend.

Globally, energy-related greenhouse gas emissions stayed at 32.3 billion metric tons of CO2 in both 2013 and 2014, according to the IEA. U.S. energy-related greenhouse gas emissions in the U.S. have also been relatively flat, growing only an estimated 1 percent between 2013 and 2014, with growth expected to remain below 1 percent over the next two years, U.S. Energy Information Administration analyst Perry Lindstrom said.

The relatively low growth is linked to both the adoption of more fuel-efficient vehicles and the replacement of coal-powered electricity with renewable energy sources and relatively cleaner-burning natural gas. That gives policymakers in the U.S. an opportunity to make a big difference in emissions, he said.

“The fact that things are flat rather than rising 3 percent a year gives you an idea that policies could have an impact in a downward direction,” Lindstrom said.

“Unfortunately, I don’t expect this to last very long,” Jackson said. “Decoupling CO2 emissions from economic growth is ideal. Unfortunately in fast-growing economies such as China and India, we’re not there yet, despite this year’s good news.”

The breakup of the link between CO2 emissions and economic growth in developed countries has been brought about in part by the availability of inexpensive natural gas beginning to replace coal for electric power generation, Harvard University business and government professor Robert N. Stavins said.

In the U.S., that means the boom in hydraulic fracturing, or fracking, and horizontal drilling for natural gas has helped decrease energy-related CO2 emissions. Elsewhere, carbon pricing through cap-and-trade systems or carbon taxes has helped bring about greater energy efficiency and constrain CO2 emissions. 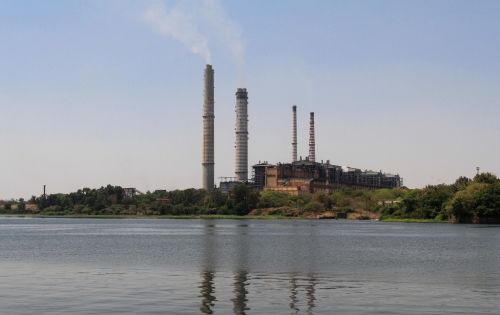 A power plant in India, where coal consumption is expected to grow. Credit: Carol Mitchell/flickr

“For decades, the overall energy intensity (energy use per unit of GDP) of economies in the developed world has been decreasing, driven by the reality that energy comes at a cost, and so firms and households have incentives to economize on energy use,” Stavins said.

Mann said the U.S. needs to implement incentives to create a greater gulf between CO2 emissions and economic growth.

“I’m hopeful this is the beginning of a trend,” he said, referring to emissions in the U.S. “The fact that countries like Germany have so dramatically lowered their carbon emissions with mechanisms like feed-in tariffs that incentivize non-fossil-fuel energy, and the fact that the West Coast and Northeast states here in the U.S. are investing more in renewable energy means that we ought to be seeing a decrease in emissions. Now it appears that we are seeing this in the numbers.”

Globally, stagnant energy-related CO2 emissions could prove to be more an exception to the rule rather than the beginning of a trend, scientists say.

“Greenhouse gas emissions are expected to continue to rise — nobody thinks we have reached maximum emissions and things will soon be turning around,” Ken Caldeira, a climate scientist with the Carnegie Institution for Science in Stanford, Calif., said.

Efforts to reduce GHGs enough to keep them flat are hardly enough to make much of a difference in the climate, he said, adding that developing nations must make significant investments in wind, solar, and nuclear power or emissions are going to rise in the long term.

“Substantial reductions in emissions are possible for both the U.S. and the rest of the world, but it will take herculean efforts and transforming the global energy system into one that does not use the sky as a waste dump,” Caldeira said. “Tiny, but positive policy moves, like increasing automobile efficiency, certainly help, but if we are to get serious about avoiding the risk of dangerous climate change, we need to up our game by somewhere between a factor of 10 and 100 over what we are doing now.”

You May Also Like:
Amazon Trees Removed Almost a Third Less Carbon
How Did Your City Fare This Winter?
Record Temperatures, Winter 2014/2015
After Much Ado, El Niño Officially Declared