The proposed Clean Power Plan, which aims to slash carbon emissions from existing electric power plants burning fossil fuel, may allow some of the most polluting coal-fired power plants in the country to continue operating without having to slash their emissions. 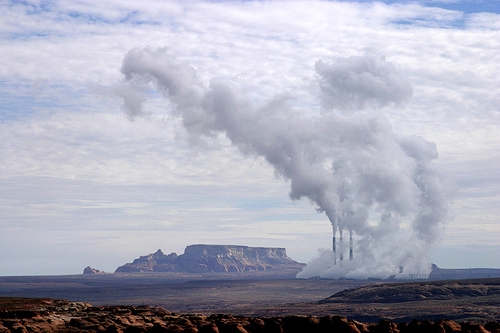 All of those plants are on Indian reservations in New Mexico, Arizona and Utah, and their CO2 emisions are excluded from the U.S. Environmental Protection Agency's calculations of the carbon emissions rate cut goal for the state in which each of those plants exists.

By 2030, the U.S. would see carbon dioxide emissions from existing power plants using fossil fuels fall by 30 percent below 2005 levels if the Clean Power Plan, announced on June 2, is finalized in 2015.

Each state has a different goal to meet based on a variety of factors, including how much renewable energy is produced there and the energy efficiency programs each state has implemented.

But those rules don’t yet apply to Indian reservations within those states, or to U.S. territories.

They don’t apply to Vermont or the District of Columbia, either, because neither has a fossil fuel-fired power plant within its borders.

“Our approach to setting goals requires data on each covered power plant as well as information on each state, tribe or territory’s historical renewable energy generation and energy efficiency programs,” EPA Press Secretary Liz Purchia said. “Because none of the territories or tribes have reported historical renewable energy generation or energy efficiency program data to the U.S. government, EPA did not establish goals for the territories or tribes in the proposal.”

The Four Corners power plant generated 13.2 million metric tons of CO2 that year, but a recent study shows that because it’s almost immediately next door to the San Juan Generating Station, which emitted nearly 11 million tons of CO2 in 2012 and is subject to the provisions of the Clean Power Plan, that region of northwest New Mexico is the largest single point-source of pollution anywhere in both North America and South America.

Climate Central's calls and emails to the Navajo Nation requesting comment about any action the tribe might take to address CO2 emissions from its coal-fired power plants were not returned.

Stephen Etsitty, executive director of the Navajo Nation Environmental Protection Agency, said Tuesday Navajo tribal officials have been examining the Clean Power Plan since it was announced and will be meeting this week to discuss how to proceed.

“It's too early to tell exactly what we're going to do,” Etsitty said. “I can surely state that we're going to look very seriously at our opportunities to take on the responsibility to regulate CO2 from these two power plants and other sources that may become eligible in the future.” 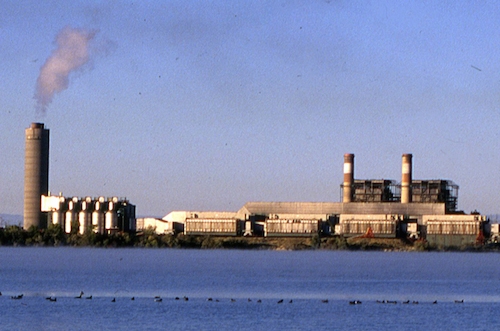 Also excluded from the Clean Power Plan are fossil fuel-fired power plants in U.S. territories, including Puerto Rico, the U.S. Virgin Islands, Guam and others.

The Clean Power Plan states that if the EPA decides it’s necessary by June 2015, the agency may propose a rule covering the four exempt power plants on Native American land and any other relevant power plant in the U.S. territories.

The EPA is seeking public comment on whether the agency should establish power plant emissions goals for Indian reservations and U.S. territories, according to a Congressional Research Service (CRS) report on the Clean Power Plan released last week.

Though the CRS report does not detail the Clean Power Plan’s exclusions, it serves as a basic 22-page primer on the proposal for members of Congress, said Steven Aftergood, director of the Federation of American Scientsts’ Project on Government Secrecy, which posted the CRS report on its website because CRS reports are not directly available to the public.

Public hearings on the Clean Power Plan will be held in Denver, Atlanta, Pittsburgh and Washington, D.C., at the end of July during a 120-day public comment period.