Extremes in precipitation was the weather highlight of July, with last month ranking as the fifth-wettest July on record nationwide, according to the National Oceanic and Atmospheric Administration’s monthly weather summary report released Tuesday.

July was also 30th-warmest such month on record in the contiguous U.S. with the temperature 0.8°F above the 20th century average. 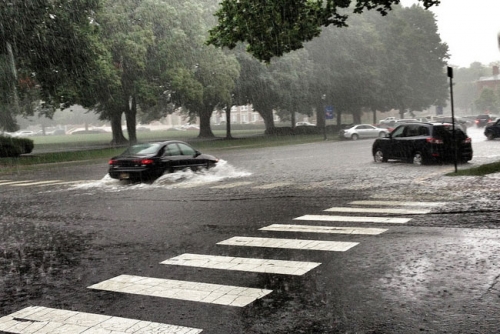 The South’s Atlantic coast states all saw a July ranking among their top 10 wettest. Nationally, the precipitation average for July was 3.47 inches, or about 0.71 inches above the 20th century average.

Yet, drought is still gripping 45.6 percent of the contiguous U.S., where it is concentrated in the Central and Southern Great Plains and parts of the Southwest — areas that also saw greater-than-normal precipitation in July.

Thanks to ample monsoonal moisture, July in the drought-stricken Four Corners states — Colorado, New Mexico, Arizona and Utah — ranked as the 7th wettest on record regionally. 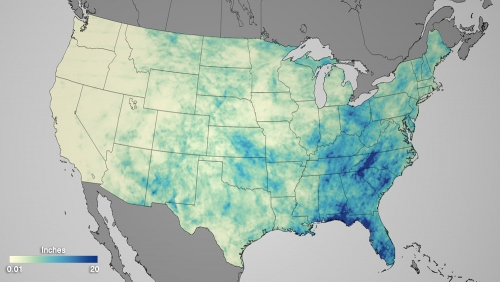 Record warm and cool daily highs and lows across the country in July were roughly the same, according to NOAA’s analysis.

For the year so far, 2013 is bringing drought and high temperatures to the West and plenty of rainfall and cooler weather to the East.

Nationally, six cities — all in the West — are seeing their temperatures rank in the top 10 warmest on record for the year through July, including Barrow, Alaska; Yakima, Wash.; Carson City, Nev.; Phoenix; and Las Vegas — all between 1.2 and 3.1°F above year-to-date average. Fresno, Calif., tops that list, with its year-to-date average temperature, 67.1°F, 3.1 degrees above normal.

Eugene, the standout among those cities, has received only 9.7 inches so far this year — 15.7 inches below normal.

Thirteen cities in NOAA’s analysis are having their wettest years on record, mostly in the South and Upper Midwest. Asheville, N.C., tops that list, with its year-to-date rainfall 24.6 inches above normal.

Related Content
Record Heat in June Extends Globe's Streak to 340 Months
NOAA: 2012 Hottest and 2nd-Most Extreme Year on Record
Wild Weather Swings May Be a Sign of Climate Change
April Checks In at No. 3 on All-Time Warmest List for U.S.