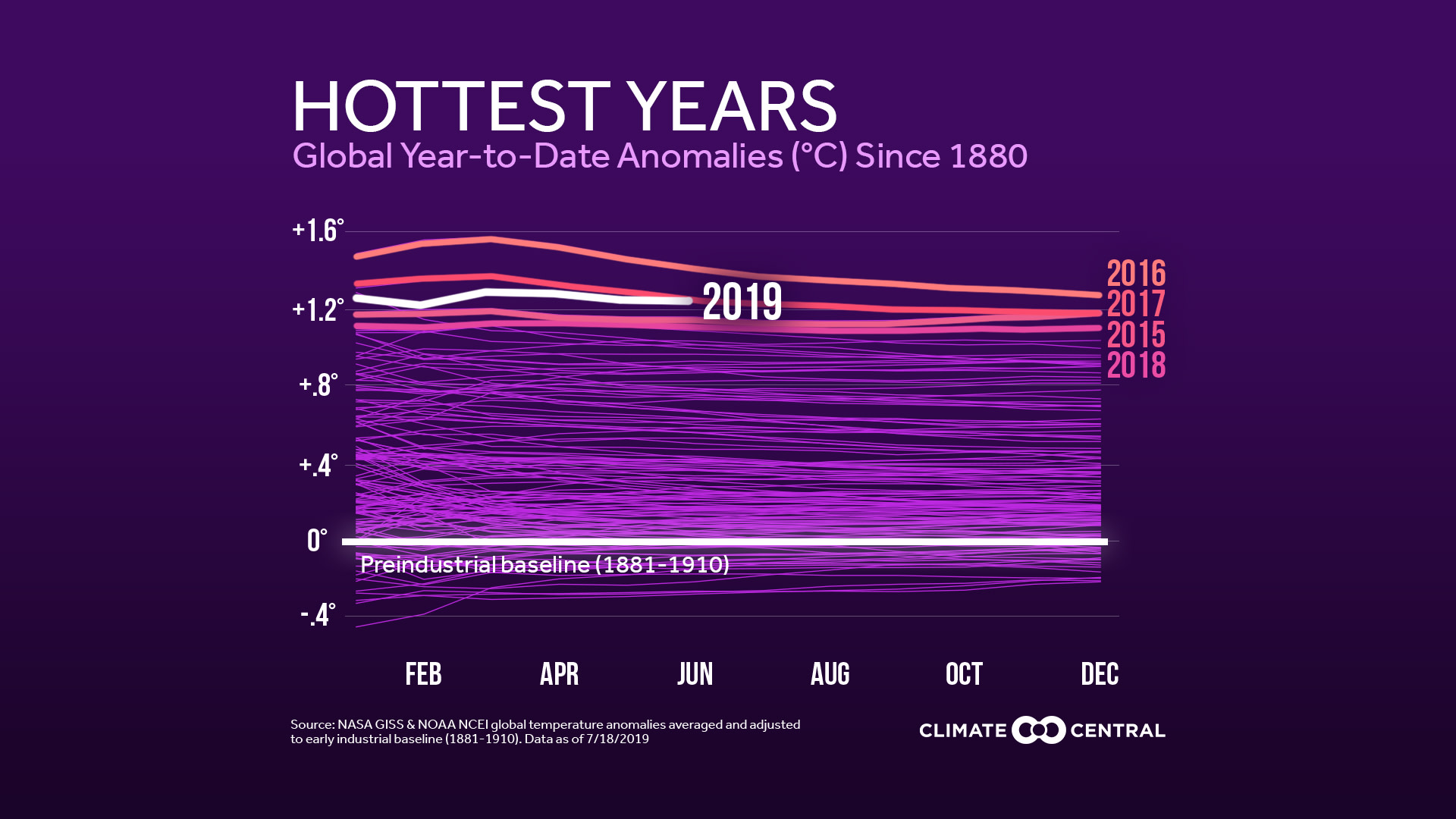 Following today’s release of NOAA’s monthly global temperature analysis, it’s time to look back at the first half of 2019. Using re-baselined NOAA and NASA data, we find that this year is on pace to be the 3rd hottest on record globally—a ranking that would maintain the most recent five years as the hottest five on record. While U.S. heat hasn’t been as extreme this year, record rainfall has plagued the country for months.

Across the world, this year has been loaded with record high temperatures. Here are a few highlights:

Human sources of greenhouse gas emissions are also at an all-time high. Those emissions add to the thickening blanket of heat-trapping gases in the atmosphere, turning recent years record-hot. Even small changes in average temperature can greatly magnify extremes. According to World Weather Attribution, climate change made Europe’s recent heat wave at least five times more likely. Such extremes will happen more frequently and intensely as the climate warms, unless emissions are rapidly reduced.

While U.S. temperatures have been close to average this year, rain totals continue to break records. June capped the nation’s wettest 12 months on record—just as May and April had before. Not much has changed since our late May raincheck, as vast swaths of the Plains and West still exceed year-to-date averages by 50% or more. But Hurricane Barry has made matters worse for Louisiana, which has already seen one of the largest increases in annual precipitation. As higher temperatures supercharge the water cycle, stronger downpours will continue to amplify flood risks.

On the plus side, 2019 has also seen more local clean energy commitments, from cities and states to utilities. Steps like these are an important start in limiting the emissions that lead to warming.