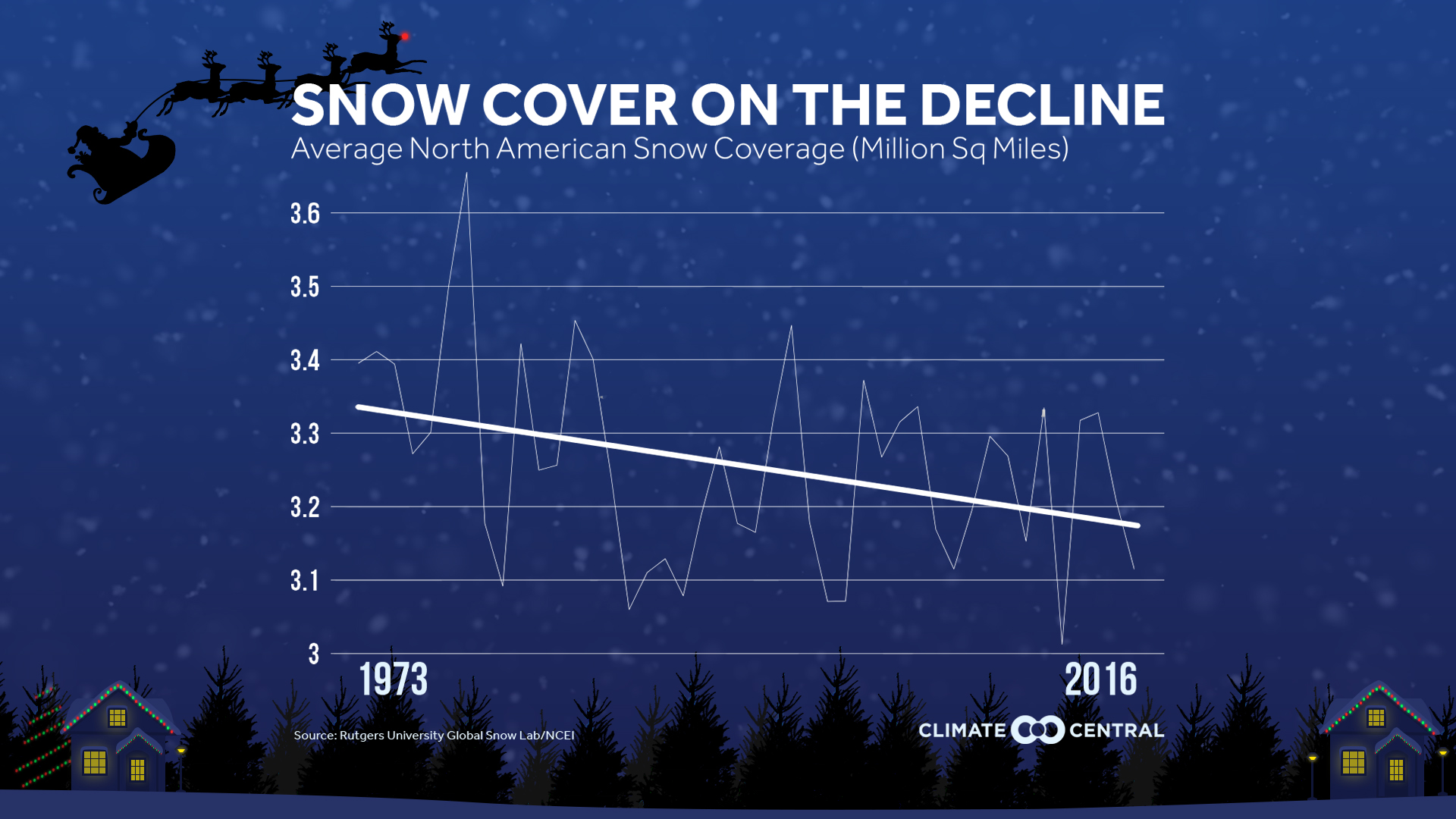 However, the relationship is more complex at each local level. Rising temperatures can cause some individual storms to produce more snow, where temperatures are still well enough below freezing. That’s because for every 1°F rise in temperature, the atmosphere can hold 4 percent more water vapor. In turn, more water is available to fall as snow or rain.

METHODOLOGY: The White Christmas graphic illustrates the probability of 1”+ of snow depth based on analysis of the 1981-2010 NOAA/NCEI climatological normal. Record snow depth for each city comes from the Applied Climate Information System. North American snow cover data is from Rutgers University Global Snow Lab. Each point represents the average annual snow depth from July to June. Data begins in 1973, when satellite resolution was upgraded for suitable snow depth mapping accuracy.