The World’s Poorest Most at Risk From Drought, Conflict

Agriculture is the key source — and in many cases, the only source — of income for many living in the developing world. When drought hits, it has the potential to take away everything and unravel the threads that stitch together society.

New findings published Monday in the Proceedings of the National Academies of Science are part of a burgeoning body of literature showing how climate change can lead to conflict. It shows that drought exacerbates existing conflicts in some of the poorest countries and the farmers who are most dependent on a stable climate for their livelihoods. The findings highlight why climate change is intimately tied with development, national security and morality. 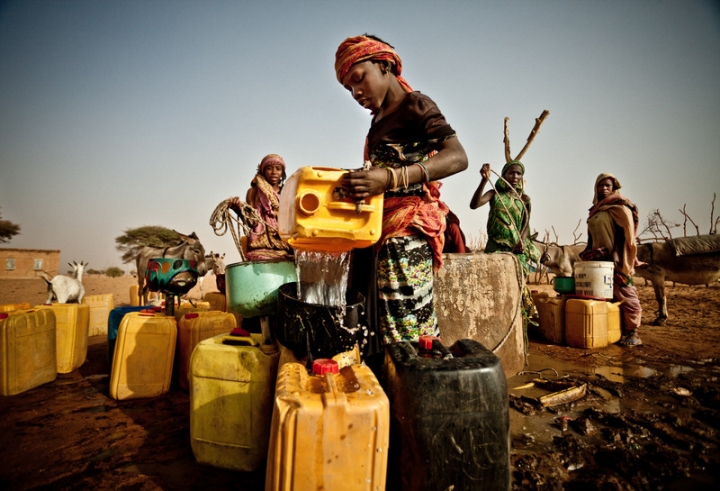 Drawing water in Mauritania during a severe drought that hit East Africa in 2012.
Credit: Oxfam International/flickr

The impact of climate change on conflict is an area of intense research and interest. With carbon pollution expected to continue altering the climate, knowing its impact on conflict would be a major asset to researchers and policymakers looking to make the world a more peaceful place.

A number of previous studies have studied climate and conflict. Among the more tantalizing findings was that drought in Syria helped spark the subsequent civil war that has torn the country asunder. Rather than taking a high-level view as a number of previous studies have or focusing on a specific conflict, the new research zooms in to the subnational level in Africa and Asia and looks at drought during the growing season.

The results show that drought during growing seasons can prolong or intensify existing conflicts, though it’s not as likely to spark new ones.

“This effect is most pronounced in countries that are not very developed economically,” said Nina von Uexkull, a peace and conflict researcher at Uppsala University in Sweden who led the new study. “It’s also pronounced in groups excluded from political power.”

Von Uexkull’s findings also show that groups heavily reliant on agriculture are most at-risk. In essence, drought preys on already weak groups and institutions, eating away at what little stability they have. The results specifically show that drought increases the odds of conflict by about 5 percent.

That might sound small, but Marshall Burke, an economist at Stanford University, said the number belies how big that risk might be even in communities where the linkage seems relatively weak.

“This could represent like a 50 percent or greater increase in the probability of conflict,” Burke said in an email. “That is a HUGE effect.”

Research and reality have regularly pointed to the fact the world’s poorest will be hit the hardest by climate change. The findings are the latest to underscore how climate change is as much a development and justice issue as it is an environmental one. 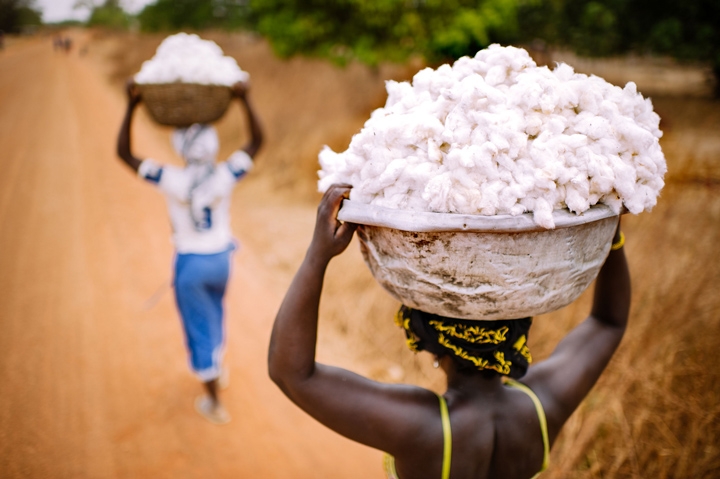 “This important study sheds light on the importance of context when examining the complex and often controversial relationship between climate, drought and conflict,” said Colin Kelley, a researcher at the International Research Institute for Climate and Society who authored the research on Syria. “Existing vulnerability, due to a host of potential factors, is extremely important when considering the impact that drought may (or may not) have on civil conflict.”

The findings could add fuel to the discussion at United Nations climate talks next month in Morocco, which will focus on the thorny topic of loss-and-damage or how developed countries will help developing countries recover from climate and weather disasters. With climate change expected to make dry places drier and increase the incidence of drought in some locations, the findings could make conflict a bigger part of the loss-and-damage discussion.

For all the bad news in the study, there’s also a sliver of good news. Groups that are more stable and have access to diverse sources of income aren’t as prone to conflict following drought. Von Uexkull said the findings are a compelling case for targeting international development in a way that also helps people adapt to changes in the climate.

“It’s extremely important from an climate adaptation point of view to understand these circumstances,” she said. “It will help design policies in areas where this relationship occurs and where in the future climate change will make drought worse.”

You May Also Like:
September an Exclamation Point on String of Hot Months
Scientists Warn Negative Emissions Are a ‘Moral Hazard’
Record Warmth Helps Shrink U.S. Carbon Emissions
Sandy’s Surge Was Extreme. It Could Become Normal