When members of the Society of Environmental Journalists (SEJ) meet each year at the organization's annual conference, reporters are updated on the latest advancements in climate science from leading climatologists and government scientists. 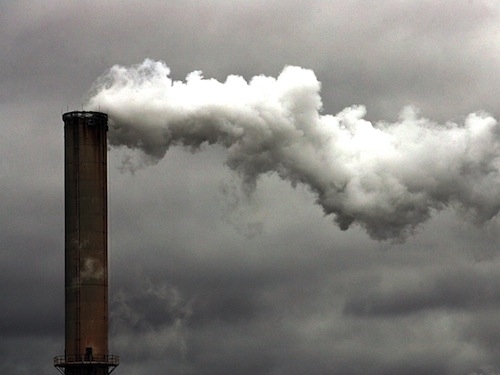 But with the science becoming overwhelmingly clear that human greenhouse gas emissions are fueling climate change, a discussion at last weekend's SEJ conference in Chattanooga, Tenn., veered toward the philosophy of action and personal responsibility to do something — anything at all — to reduce our impact on the climate.

In other words, if we can do something about climate change, do each of us have a personal responsibility to act? On what philosophical ground should we take individual action?

Or, what would Jesus do about CO2?

That’s a tough question for a lot of conservative Christians to answer, particularly those who are uncomfortable with some scientific theories as well as uncertainty about the future that climate science implies, said Dawn Coppock, a Christian environmentalist and co-founder of the Christian environmental group LEAF, said Saturday at SEJ.

It’s not that conservative churchgoers who don't believe in climate change are uncaring about their environment, Coppock said. They have serious doubts about science in general, requiring Christian environmentalists to be creative in inspiring people to action.

Many conservative Christians feel estranged and alienated by science, she said.

“At LEAF, we don’t talk about climate change, we talk about Earth stewardship,” Coppock said. “We’re also drinking the Jesus Kool-Aid. Scientific arguments are persuasive to a whole lot of learning styles. We already have those people in the tent. You’re not going to convert those people (in the churches) by pummeling them with more science. Spiritual and moral concern does not require you to believe there’s global warming.” 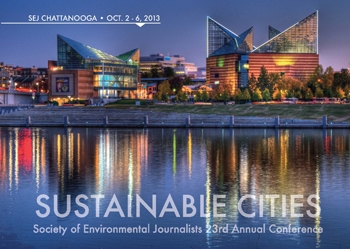 According to Coppock, Christians in the South who doubt the reality of manmade climate change may be convinced action is necessary by showing them the environmental challenges posed by something very clear: mountaintop-removal coal mining and the dramatic effects it has on the landscape, or East Tennessee’s high asthma rates caused in part by coal-fired power plant emissions, she said.

“From a Christian frame, I would say love my neighbor, and I was commanded to care for creation,” she said.

LEAF has been successful in reaching out to congregations about how they can be less wasteful and more energy efficient, leading to greater support for greener cities in the Bible Belt.

“When you’ve got green cities, which Knoxville and Chattanooga and Nashville are working hard to be, then sooner or later, the state legislature has to listen,” she said. “That to me is how we get a hold of this problem. We do what we can do and we look at the people that can do more and we support and encourage those efforts.”

University of Tennessee philosophy lecturer Alex Feldt, who also spoke at SEJ, said any moral argument for action on climate change is complex and problematic because of the “collective action problem.”

But if humans have the power to mitigate climate change, he said they have a moral obligation to do so because much human suffering is at stake. Climate change threatens food and water supplies for millions across the globe, something studies show could lead to a much more violent world.

“Because climate change is collective, they look at it and say it doesn’t matter what I do,” Feldt said. It is important to find “moral arguments that can break through that and say, no, you actually have a responsibility … You’re morally responsible because other people are being significantly harmed.”

According to Feldt, a useful moral argument for action is to appeal to fairness and justice, because climate change will violate the human rights of a lot of people who can never be compensated.

“Information (about climate change) is part of the moral argument: We have an obligation to share this information and do this,” he said. “That’s the way to inspire without feeling paralyzed. You don’t have to go crazy green, live off the grid. You just need to talk.”