Fighting climate change would help grow the world economy, according to the World Bank, adding up to $2.6 trillion a year to global GDP in the coming decades. 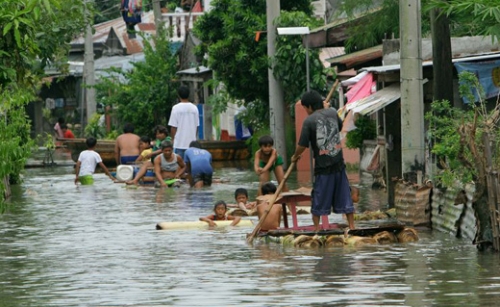 The report advances on the work of economists who have argued that it will be far more costly in the long run to delay action on climate change.
Credit: IRRI Images/Flickr

The findings, made available in a report on Tuesday, offer a sharp contrast with claims by the Australian government that fighting climate change would “clobber” the economy.

The report also advances on the work of economists who have argued that it will be far more costly in the long run to delay action on climate change.

Instead, Tuesday's report found a number of key policies — none of which included putting an economy-wide price on carbon — would lead to global GDP gains of between $1.8 trillion and $2.6 trillion a year by 2030, in terms of new jobs, increased crop productivity and public health benefits.

The pro-climate regulations and tax incentives would also on their own deliver nearly a third of the reductions in greenhouse gas emissions needed to keep warming below the 2°C (3.6°F) threshold for dangerous climate change, the bank said.

The World Bank President Jim Yong Kim said the findings put to rest claims that the world could not afford to act on climate change.

“These policies make economic sense,” Kim said in a conference call with reporters. “This report removes another false barrier, another false argument not to take action against climate change.”

Australia's prime minister, Tony Abbott, said during a visit to Canada earlier this month that it was too costly to fight climate change. “What we are not going to do is clobber our economy and cost jobs with things like a job-killing carbon tax,” he said.

Kim did not comment directly on Abbott's remarks, but he said pointedly that the World Bank study provided solid data on the effects of pro-climate policies, in contrast to “opining” about their costs.

“This modeling shows that smart choices that will also improve local and global economies,” Kim said.

The findings are also a step forward from the work of economists such as Lord Stern who have focused on the costs of delaying action on climate change. 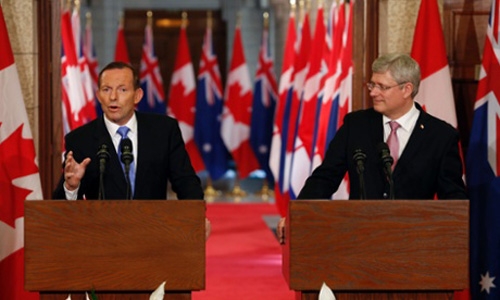 The World Bank report was the first off the blocks of a number of economic studies meant to further the case for taking action on climate change ahead of a critical meeting at the United Nations in September.

The UN Secretary General Ban Ki-moon has invited world leaders to the UN to try to build momentum in the negotiations for a global climate change deal.

American financial leaders have also been making the case that it makes sense to act now on climate change.

In an article in the New York Times, Henry Paulson, secretary of treasury under George Bush, called for a carbon tax and said it would be folly for America to remain heavily invested in a carbon-intensive economy.

“We’re staring down a climate bubble that poses enormous risks to both our environment and economy. The warning signs are clear and growing more urgent as the risks go unchecked,” he wrote. “I feel as if I’m watching as we fly in slow motion on a collision course toward a giant mountain. We can see the crash coming, and yet we’re sitting on our hands rather than altering course.”

Paulson is due to come out with his own report on climate risks later on Tuesday.

In the World Bank report, economists looked at the effects of specific policies in six regions – Brazil, China, the European Union, India, Mexico, and the United States – that are both leaders in the world economy and global emissions.

None of the policies involved putting an economy-wide price on carbon emissions. Instead, the bank used computer modeling to gauge the effects of specific measures – such as installing dedicated bus lanes in India or clean cook stoves in China, or introducing more efficient air conditioning and other building systems in Mexico.

The annual benefits of those policies included GDP growth of between $1.8 trillion and $2.6 trillion – which was an estimated 1.5 percent higher than under a business as usual scenario, the bank said.

It said the pro-climate policies would have other knock-on benefits including avoiding 94,000 deaths a year due to air pollution.