What Will Survive in Hot, Acidic Oceans?

Marine losers abound in the hustling currents of warming and acidifying oceans. Trying to figure out which types of sea life, particularly those that form calcium carbonate-rich cells and exoskeletons, such as some plankton, corals, and shellfish, will thrive amid climate change can be like playing a high-stakes shell game.

New research suggests that at least one type of plankton could overcome what would seem to be long odds, and double down on its ecosystem dominance. The surprise finding is a positive early development in an oft-bleak field as scientists start to investigate which marine species face the greatest risks of dying out — their shells emptied by the lethal effects of environmental switcheroos. 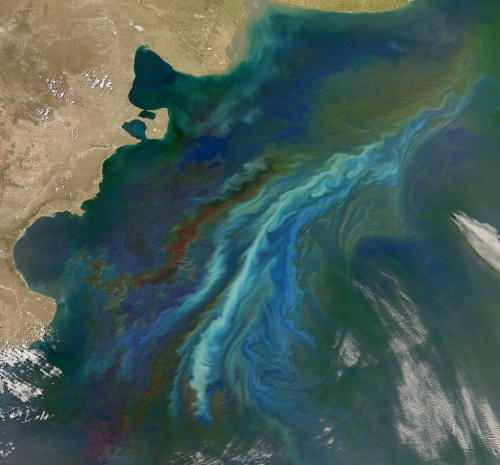 Most of global warming’s heat is ending up in the oceans, making the waters less hospitable for many species. And a quarter of the carbon dioxide pumped into the air by humans is dissolving into oceans, where it undergoes chemical reactions that increase the water’s acidity by reducing concentrations of carbonates that some organisms use to produce shells. These changes have contributed to coral bleaching, to holes in sea snail shells, and to die-offs at oyster farms.

Coccolithophores are single-celled plants surrounded by individual calcium carbonate sheaths that underpin many food webs. They form plankton blooms so thick they are tracked using satellites. Researchers working in a laboratory exposed a species of the plankton, Emiliania huxleyi, to fast-paced environmental changes reminiscent of those underway in the wild. They reported Sunday in the journal Nature Climate Change that they had observed surprisingly fast rates of evolutionary adaptation.

The work involved regularly transferring cultures of plankton to flasks containing warm and carbon dioxide-infused water, and measuring how samples’ growth rates changed as they evolved over a year. Then, the scientists compared how evolved and control populations responded when placed in the types of ocean conditions that are possible in the future.

When plankton populations were exposed to what the scientists described as “the most stressful future ocean scenario,” one that combined a temperature of nearly 80°F with high concentrations of carbon dioxide, planktonic growth rates initially slowed but eventually “fully recovered,” they reported in the paper. Mysteriously, those populations fared better than those that were exposed only to elevated temperatures, or only to higher carbon dioxide levels. 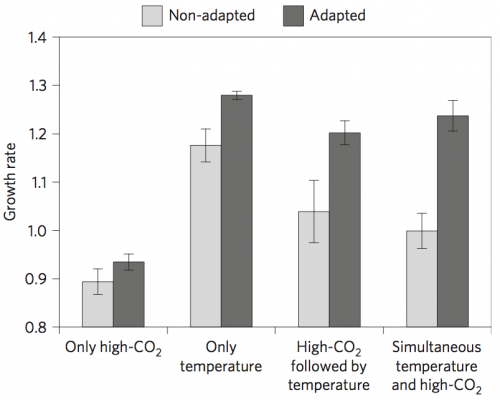 This chart from the paper helps to reveal the plankton’s evolutionary prowess. It compares the growth rates of populations in stressful water conditions to which they had adapted during a year of study with those that hadn’t been put through the same evolutionary wringer.

“This adaptation is interesting,” said Debora Iglesias-Rodriguez, a University of California at Santa Barbara biological oceanographer who studies mechanisms that control marine diversity. She was not involved in the study. “What they found basically gives us a little bit of hope that some organisms may be able to adapt — to some degree.”

The findings have implications beyond the species being studied. Figuring out what makes some species more vulnerable than others to acidification and warming could help ecologists make projections for the future of ocean ecosystems in a carbon dioxide-drenched world. 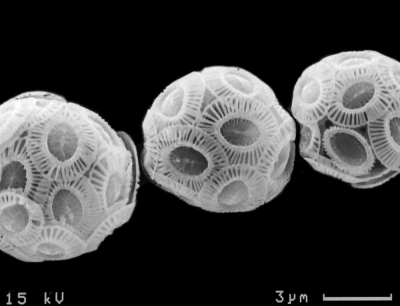 These were the first experiments that tracked the evolutionary response of coccolithophores to the dual effects of acidity and temperature changes. The scientists used an easily-cultured species of coccolithophore, one that’s regarded as the lab rat of the sea, and they didn’t study the effects of viruses, predation, or other natural threats on survival rates. Much more work with this and other types of sea life will be needed before scientists can paint any kind of clear picture of the future of marine ecosystems. But the findings provide important early clues.

“You will get species that are able to evolve, and others that are not,” Reusch said. “That’s a big question that will occupy us for the next 10 or 20 years; to find out if there are any meta attributes that we can tell from the genomes, and from the physiology, that are telling us how evolutionarily flexible they are.”

You May Also Like:
See How This Summer's Temperatures Stack Up
Great Barriers: Reefs First Line of Coastal Defense
Coal Plants Lock in 300 Billion Tons of CO2 Emissions
A Tale of Two Cities: Miami, New York and Life on the Edge