What Climate Change Means for Your Coffee

Coffee — the black liquid that kick-starts the day for billions of people each morning — is one of our most precious global commodities. But as this video from Royal Botanic Gardens, Kew explains, it’s also under threat from a changing climate.

“Although there are now 125 species of coffee, we only actually use two species to produce the beverage coffee,” according to Aaron Davis, head of coffee research at Kew Gardens — a UNESCO World Heritage Site and global plant research institution in the United Kingdom. This low genetic diversity combined with a shifting climate translates into increased risks of infestation from pests and diseases.

Why does this matter?

Well, beyond the obvious for those who need coffee to start the day, the global coffee industry is second only to oil in terms of overall commodity value and employs nearly 25 million people, mainly in developing countries spread across the tropics. In places such as Ethiopia — the birthplace of coffee — warming is already starting to degrade plantations and change coffee’s taste. 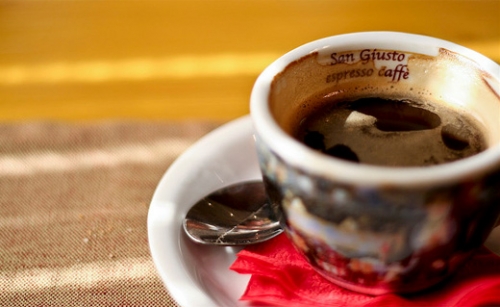 Although there are now 125 species of coffee, we only actually use two species to produce the beverage coffee.
Credit: c-head/flickr

To tackle this challenge, researchers with Kew Gardens are establishing a network of on-the-ground monitoring systems to better determine how climate change is impacting coffee cultivation in southern Ethiopia.

“The environment will not be the same in 2080 as it is now,” says Justin Moat, head of spatial information science with Kew Gardens. “We actually may know what the environment might be, so we can actually say, ‘Well, if we’re going to really look after coffee, do it here or actually look at moving it here.’ Something can be done about it. We have the information about it and we have time, as well.”

Those are hopeful words for the many people who can’t imagine a world without coffee.