LONDON – Around 20 percent of the snow cover in North America’s greatest mountain range has been lost – because of warmer springs in the last three decades.

Scientists from the American Geophysical Union and the U.S. Geological Survey report that they had established a pattern of snowfall in the northern and southern Rockies: when the snowpack was large in the northern Rockies, it might be correspondingly meager in the southern mountains and vice versa.

But since the 1980s, snowpack declines have occurred simultaneously along the entire length of the Rocky Mountains, with unusually severe declines in the north. 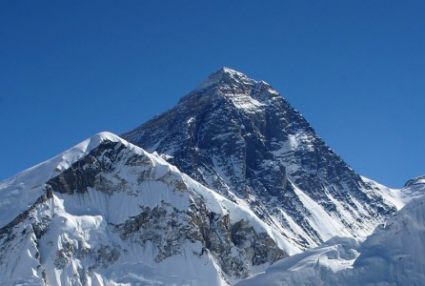 Researchers blame both natural variation like El Niño and La Niña and global warming from human activity for the loss of snow and ice.
Credit: Pavel Novak

Now research has begun to establish the cause. Researchers write in Geophysical Research Letters that, using monthly data collected from 1895 to 2011, they have been able to tease apart the different influences of winter temperatures, spring warming and overall precipitation on the April volume of the snowpack.

“Snow deficits were consistent throughout the Rockies due to lack of precipitation during the cool seasons during the 1930s – coinciding with the Dust Bowl era.”

“From 1980 on, warmer spring temperatures melted snowpack throughout the Rockies early, regardless of winter precipitation,” said Greg Pederson of the Northern Rocky Mountain Science Center in Bozeman, Montana.

“The model in turn shows temperature as the major driving factor in snowpack declines over the past 30 years.”

Runoff from the Rocky Mountain snows accounts for 60 to 80 percent of the annual water supply for more than 70 million people in the western U.S. The timing of snowmelt affects the levels of water available for crop irrigation and hydro-electric power. It can also influence the risk of regional floods and bush fires.

The researchers blame both natural variation – the influence of cyclic Pacific Ocean phenomena such as El Niño and La Niña, for example – and global warming from human activity for the change.

“Regardless of the ultimate causes, continuation of present snowpack trends in the Rocky Mountains will pose difficult challenges for watershed management and conventional water planning in the American West,” said co-author Julio Betancourt.

Meanwhile, at the American Geophysical Union’s meeting in Cancun, Mexico, researchers report that the world’s highest peak, Mt. Everest, is beginning to lose its snow and ice.

They report, after studies of satellite imagery of the mountain and the Sagarmatha National Park, that the Everest region in the Himalayas has been warming, and snow precipitation declining, for the last 20 years.

Everest glaciers have shrunk by 13 percent in the last 50 years and the snowline has moved 180 meters uphill. As the glaciers dwindle, the rocks and debris they carry are being exposed: the debris-covered sections of the glaciers have increased by 17 percent since the 1960s.

Once again, the researchers suspect that human-induced climate change may be responsible: this connection however is much harder to establish. But the majority of glaciers in the region are retreating at an ever-faster rate.

“The Himalayan glaciers and ice caps are considered a water tower for Asia, since they store and supply water downstream during the dry season,” said the scientist Sudeep Thakuri. “Downstream populations are dependent on melt water for agriculture, drinking and power production.