The UK will not have a renewable energy target beyond 2020, the government has said, though the EU-wide target set yesterday, requiring 27 percent of energy to come from renewable sources, will have to be met across the bloc.

It will be the first time in nearly two decades that the UK has not had a clear national target on renewable energy, and the effect of that on the burgeoning green technology sector is so far unclear. Ed Davey, the energy and climate change secretary, said no target was needed as the government's carbon budgets will require a massive growth in low-carbon energy. But this could come from nuclear power, carbon capture and storage, energy efficiency or an expansion of the use of gas. “The market will decide,” he said. 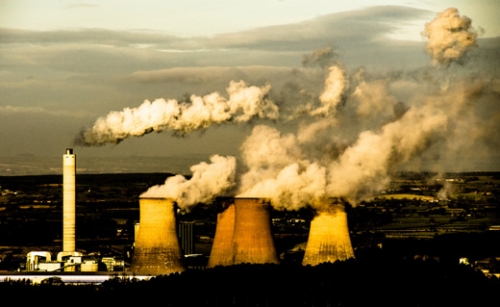 Rugeley Power Station, Cannock Chase, UK. It will be the first time in nearly two decades that the UK has not had a clear national target on renewable energy.
Credit: Flickr/Francesco 65

That offered cold comfort to renewable energy experts, who argue that the cost of fossil-fuel generation in warming the climate is not reflected in current coal and gas-fired generation prices, leaving renewable energy at a disadvantage and the UK at risk of dangerous climate change.

The government also ignored the key question of whether offering the French nuclear company EDF a guaranteed income of at least $132 billion from energy bill-payers – which it did late last year to ensure that a new nuclear power station is built in Somerset – represented a triumph of market forces. The offer to EDF, partly owned by the French government, was nearly double current electricity prices.

The lack of a national renewables target will be a major change, as current targets, which run to 2020, have been credited with assisting the growth of wind and solar power, which now make up 15 percent of electricity generation.

A large shortfall in electricity generation is expected when current coal-fired stations are taken out of service. Without a renewables target, Energy Department officials said, it would be possible for a large proportion of this shortfall to be met by gas-fired power generation. That may help in meeting the 2030 emissions target the government has agreed to, but new gas-fired power stations will continue to run for 25 years, which could put post-2030 targets in doubt.

The treasury has been eager to promote shale gas exploration in the UK as a way of making up the looming “energy gap.” However, tax breaks and other incentives to shale gas may soon be challenged under European state aid rules, as the Guardian reported this week.

Renewable energy companies were furious at the government's refusal to set goals, which they argue have been key to promoting the growth of clean forms of power and bringing down the price of such generation. The Renewable Energy Association (REA) said the current 2020 targets – which were set at an EU level, of a 20 percent share for renewables by that date, but which include a specific target for the UK of generating 15 percent of energy from renewables – had been “particularly valuable when negative rhetoric from ministers has damaged market confidence in the UK.” 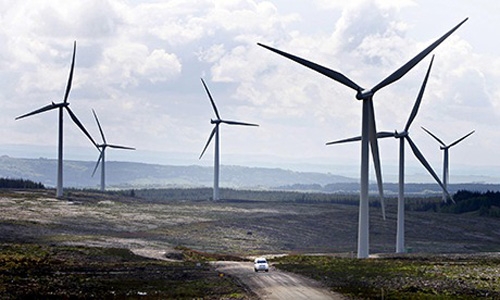 Renewables targets have been credited with assisting the growth of wind and solar power, which now make up 15 percent of electricity generation.
Credit: Danny Lawson/PA via The Guardian

That damage to confidence was starkly illustrated last week when RWE Npower, the German energy giant, said it would halve its planned renewable investments in the UK. Other investments in renewable manufacturing capacity have been slow to materialize.

Nina Skorupska, chief executive of the REA, warned that relying purely on market forces, rather than setting targets as other EU states have done, was short-sighted. “We're about to find out what happens when theoretical economics meets the real world,” she said. “Theory suggests a technology-neutral approach is economically efficient.”

Davey was scathing of the previous labor government's targets on renewables, which were not met but which contributed to the recent growth in renewable energy. Liberal Democrats used to support a target on renewables as a way to combat the market failure that has seen fossil fuels remain dominant in the UK's energy mix despite years of dire warnings on climate change and successive government targets on cutting emissions. No longer.