After two years of decline, total U.S. greenhouse gas emissions released into the atmosphere because of human activity increased 2 percent in 2013 over the previous year. That surge was fueled, in large part, because of a growing economy, falling coal prices and a cold winter, the U.S. Environmental Protection Agency announced Thursday in its annual greenhouse gas emissions inventory.

Emissions across nearly all sectors grew in 2013, with increased GHG emissions from electricity generation, more vehicle miles traveled on the nation’s roadways and greater industrial production, according to the EPA. 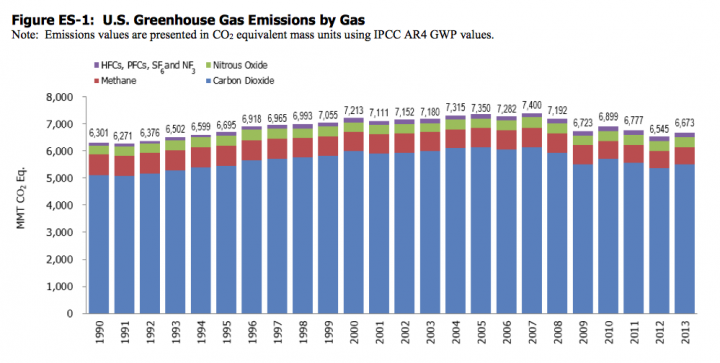 The news of the increase in U.S. human-caused GHG emissions comes at a critical moment in the global battle against climate change, particularly after the International Energy Agency announced last month that global carbon emissions related to energy consumption have stabilized for the first time in a growing economy.

Ahead of international climate negotiations in Paris at the end of this year, the Obama administration announced a plan to slash greenhouse gas emissions each year by 26 percent by 2025, compared to 2005 levels. The EPA’s Clean Power Plan may also bring about CO2 cuts if it is finalized later this year.

The Great Recession had a major effect on U.S. GHG emissions as the economy stumbled.

“The big drop occurred from 2007 to 2009, and some of this was the recession,” Kevin Trenberth, senior scientist at the National Center for Atmospheric Research in Boulder, Colo., said. “But there has been good progress on reducing coal consumption, often at (the) expense of more natural gas, but also renewables have done better than expected.”

But the downward trend in emissions can only continue if more renewables and nuclear power are used in the U.S., he said. 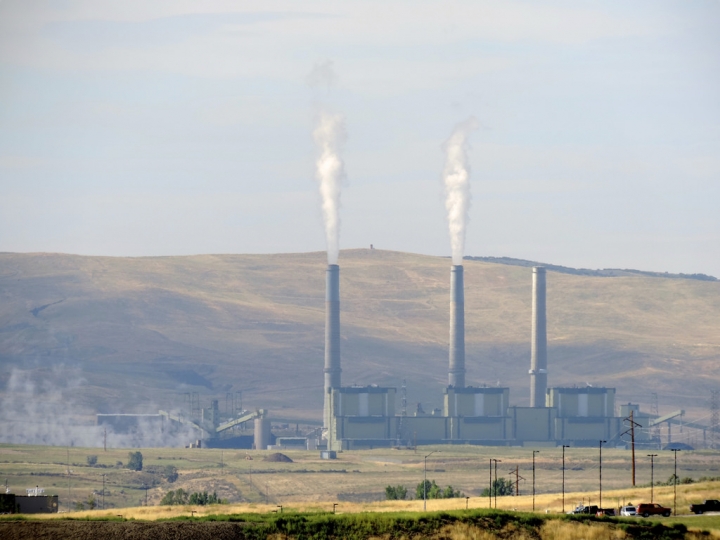 Coal-fired power plants like this one in Craig, Colo., are responsible for an increase in greenhouse gas emissions in 2013 in the U.S. Credit: WildEarth Guardians/flickr

“Over the past few years, we’ve seen increased economic growth and coal has become a bit more competitive with natural gas (which has lower CO2 emissions) over the past year or two,” Penn State University climatologist Michael Mann said.

He said he is optimistic that efforts among some states, including California and some northeastern states, to place a price on carbon may eventually help to reduce overall GHG emissions nationwide.

“It will take a bit of patience to see that in the numbers, but there is evidence we are already seeing that in the global carbon emissions numbers, which, for the first time in decades, remained flat while economic activity showed substantial growth,” Mann said.

More important than 2013’s increase in emissions is the Obama administration’s commitment to reduce them through the Clean Power Plan, incentives for clean energy and the pact between the U.S. and China, he said.

“I think that sets a cautiously optimistic tone going into the COP21 in Paris later this year,” Mann said, referring to the climate negotiations in December.