LONDON − Big dams built in the tropics to produce hydroelectricity have long been highly controversial − and data gathered in Laos by a French team studying methane emissions confirms that dams can add to global warming, not reduce it. 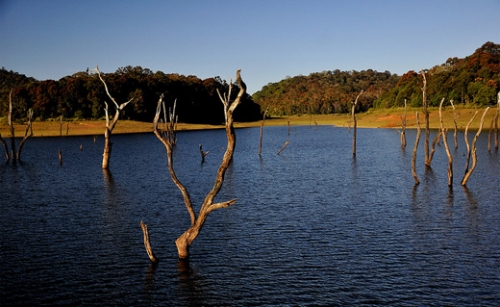 New scientific data supports the belief that methane emissions from big hydroelectric dams in the tropics outweigh the benefits that this form of renewable energy provides.
Credit: Amit Rawat/Flickr

In many rocky regions low on vegetation and population, such as in Iceland and other northern mountainous regions, the production of electricity from hydropower is clearly a net gain in the battle against climate change.

In Asia, Africa and South America, however, masses of methane are produced from dams by the drowning of tropical forests in them. As long ago as 2007, researchers at Brazil’s National Institute for Space Research calculated that the world’s largest dams emitted 104 million tonnes of methane annually and were responsible for 4 percent of the human contribution to climate change.

Since methane has an impact 84 times higher over 20 years than the same quantity of carbon dioxide, this is a serious short-term threat to pushing the planet towards the danger threshold of increasing temperatures by 2°C (3.6°F).

Despite the warnings that big dams in the tropics might be adding to climate change, governments go on building them — while often claiming that large dams equal clean energy.

The new research shows that the methane discharges are probably even worse than current calculations.

In an attempt to find out exactly what the perils and benefits of big dams in the tropics can be, a French team from the National Center for Scientific Research has been studying the Nam Theun 2 reservoir in Laos — the largest in Southeast Asia — prior to its filling, in May 2008, right up to the present to calculate the total methane emissions.

Methane is produced by bacteria feeding on the plant material drowned when the dam is filled. This is added to by more organic matter that is washed into it by rivers and rains. 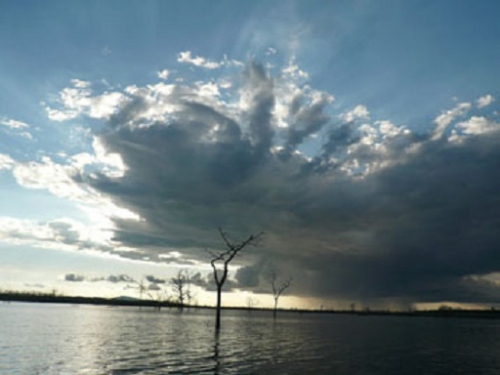 It is these last gas emissions that have been so hard to measure, but the team has developed automatic measuring devices that work 24 hours a day.

The measurements carried out on the Nam Theun 2 reservoir enabled the scientists to show that ebullition accounted for between 60 percent and 80 percent of total emissions from the reservoir in the first years following filling.

In addition, ebullition intensity varies at night and seasonally. During the four months of the hot dry season (mid-February to mid-June), emissions reach their maximum because water levels are low. Daily variations are controlled by atmospheric pressure: during the two daily pressure drops (in the middle of the day and the middle of the night), methane ebullition increases.

With the help of a statistical model, day-to-day data related to atmospheric pressure and water level was used by the researchers to reconstruct emissions by ebullition over a continuous four-year period (2009-2013).

The results obtained highlight the importance of very frequent measurements of methane fluxes. They also show that the ebullition process — and therefore the amount of methane emitted from tropical reservoirs during their first years of operation — has most certainly been underestimated until now.

For the researchers, the next stage will be to quantify diffusion at the surface of the reservoir and emissions downstream from the dam to the same level of accuracy. This will enable them to complete the assessment of methane emissions from this reservoir, and better assess the contribution they make to the global greenhouse effect.