Satellite Shows U.S. Has the Most Gas Flares in the World

Drive through many oil and gas fields in the U.S. and one thing stands out above the pumpjacks and storage tanks, especially at night  — steadily flickering flames.

Those flames are known as gas flares, which burn off excess natural gas from crude oil and natural gas wells across the globe. Scientists at the National Oceanic and Atmospheric Administration are using satellites to learn more about those flares — how much gas is being burned, how many flares exist and where they are.

This interactive graphic shows the extent of oil and gas well flares across the world.
Credit: NOAA

The imagery is stunning, showing large swaths of rural areas lit up like small cities at night.

“The most surprising thing I found was the large number of flaring sites there are in the USA,” said Chris Elvidge, lead scientist on the project at NOAA’s Earth Observation Group in Boulder, Colo. “The flares in the USA are small and highly intermittent, but gosh, there are a lot of them, far exceeding any other country.”

Energy companies voluntarily report how much gas they flare. But a lack of independent data has resulted in uncertainty about how much gas is actually being lost.

NASA and NOAA are trying to fill in the data gap with satellite imagery from an instrument called the Visible Infrared Imaging Radiometer Suite. 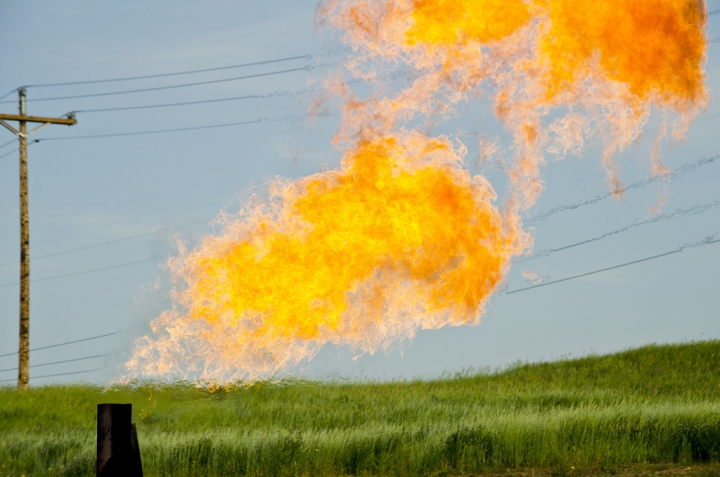 A gas flare in an oil field in North Dakota.
Credit: Tim Evanson/flickr

To reduce greenhouse gas emissions from flaring, the World Bank has launched a program that aims to stop routine flaring globally by 2030. Elvidge said NOAA’s satellite-based verification system supports the World’s Bank’s initiative and helps keep track of the carbon dioxide emissions in each country that committed to reducing them as part of the Paris Climate Agreement.

NOAA’s interactive flare map shows how concentrated hydraulically-fractured oil and gas wells are in some places, especially in the Marcellus shale gas fields of Pennsylvania. In that region, the flares spread to the New York state line, where fracking has been banned. 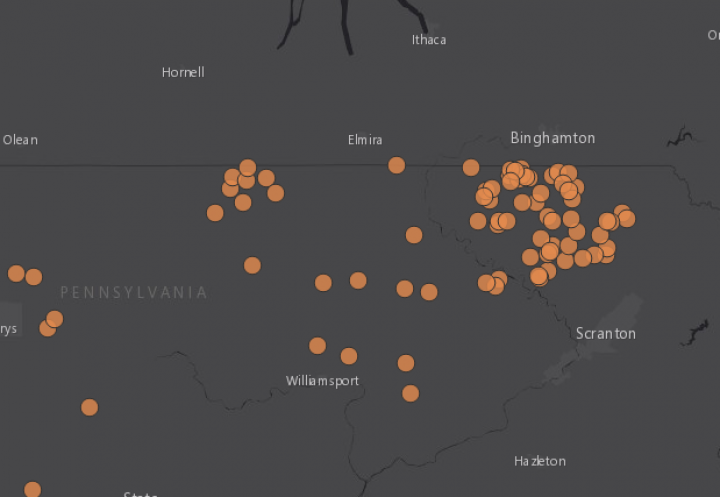 Another area of concentrated flaring is in the Bakken shale oil fields in North Dakota. Flaring occurs there and in many other regions because there are few pipelines or infrastructure there that can bring that natural gas to market.

Flaring in North Dakota produced 4.5 million metric tons of CO2 in 2012 alone, roughly the equivalent of adding 1 million new cars to U.S. highways, according to the non-profit sustainability group Ceres.