Imagine boarding a summertime flight at LaGuardia Airport in New York City, only to be told that the airline needs a dozen or so passengers to take a later flight because it’s too hot outside for the plane to take off fully loaded.

That could become a common scenario at 19 major airports worldwide as extreme heat caused by global warming disrupts an increasing number of flights departing during the hottest times of day, according to a new Columbia University study.

If human greenhouse gas emissions are not reduced, global average temperatures are expected to rise by more than 4°C (7.2°F) by 2100. But high temperatures at the world’s busiest airports could rise even more — by up to 8°C (14.4°F), leading to more days each year that are hotter than average, especially at airports in the tropics, according to the study, published Thursday in the journal Climatic Change. 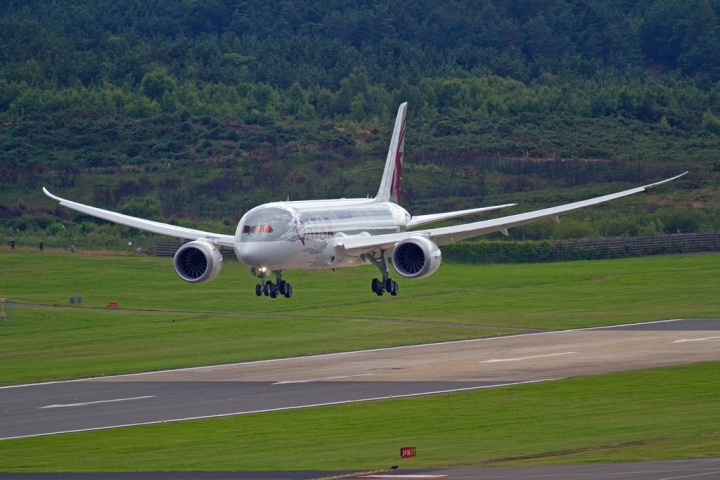 A Boeing 787, an aircraft that may be vulnerable to rising temperatures.
Credit: RS Deakin/flickr

By 2065, LaGuardia Airport could see about 25 days each year that will be hotter than today’s average yearly high temperature, up from fewer than 10 days in 2025.

Extreme heat disrupted flights in Phoenix in June when American Airlines cancelled 50 flights aboard small commuter jets as temperatures soared above 120°F. Such summertime temperatures are likely to become more frequent as the climate changes. Air is less dense in extreme heat, preventing an airplane's wings from generating enough lift to take off unless the plane sheds weight.

“Higher temperatures are going to mean more people having to be removed from flights, more delays on the ground,” said study co-author Radley Horton, a climate scientist at Columbia University.

The amount of weight and number of passengers a flight would have to shed depend on the type of aircraft and the airport’s altitude and runway length. LaGuardia could be affected by the heat more than New York’s Kennedy International Airport because its runways are nearly half the length of Kennedy’s longest runway.

Between 10 and 30 percent of annual flights departing at the hottest hours of the day from 19 major airports will have to fly with weight restrictions, the study says. On average, flights will have to cut their weight by up to 4 percent in order to take off on the hottest days after 2050. 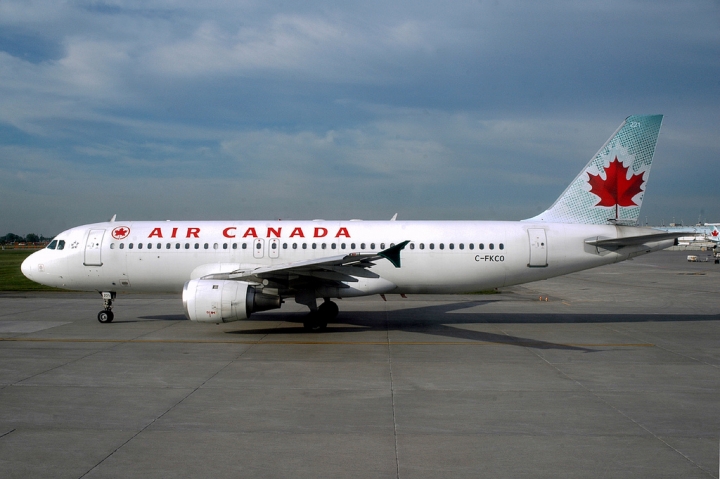 An Airbus A320, one of the most common airliners flown worldwide.
Credit: Caribb/flickr

Some larger planes, especially those that fly long-haul international flights to mid-sized or small airports, could be affected more than smaller planes because they weigh more. However, the largest plane flying today, the double-decker Airbus A380, may not be affected as much by the heat because it can only fly to airports with the longest runways.

The study suggests that one way airlines could avoid heat-related flight disruptions is to schedule flights at night or in the morning when the air is cooler. But airplanes and airports may need to be designed differently in the future in order to deal with the heat as the globe warms.

“As it gets warmer, air expands,” said Lou McNally, an assistant professor of applied aviation sciences at Embry-Riddle Aeronautical University in Daytona Beach, Fla., who is unaffiliated with the study. “That means you need more of everything in order to get enough air molecules onto the wing and fly. It means more thrust — bigger or more engines — and more runway length for takeoff, or larger wings, or all of the above. And also more runway length and better braking because of higher landing speeds at the other end.”

McNally said that airlines could also adapt by moving major hubs to regions with a cooler climate. Many regional jets based at regional hubs cannot fly at temperatures above 120°F.

Patrick Smith, an airline pilot and aviation writer, said even some of the newest airplanes flying today are not designed to account for extreme heat. New airplanes take nearly a decade to develop, and it will take more than simple design tweaks to existing airplanes for the aviation industry to overcome the challenges extreme heat poses, he said.

“This is something that nobody’s really taken seriously,” Smith said. “Planes really aren’t yet being designed with this in mind. And for that to happen, because it takes so long to develop and build a new commercial airplane, this is something that’s pretty far out.”

You May Also Like:
Arctic Heat Is Becoming More Common and Persistent
Scientists Saw a Nearly Unheard of Antarctic Meltdown
It’s June. California Is Still Covered in Snow