The Obama administration is proposing the most far-reaching climate change adaptation and mitigation measures ever put in place by a U.S. president. The plan includes everything from cutting power plant emissions to boosting the amount of wind and solar energy installations on public lands and buildings. Here are some questions and answers on the White House proposal that breaks down the key features of the “Climate Action Plan” the president spoke about on Tuesday.

What are the main goals of this “Climate Action Plan”?

The second track helps prepare the U.S. for the effects of climate change that are already occurring and are likely to occur in the next several decades due to the long-lived nature of CO2 in Earth’s atmosphere.

Lastly, the policy proposals include provisions to work with the international community to address global warming, both from an emissions reduction and climate adaptation standpoint.

Is this the same thing as a “cap and trade” plan?

No, Congress rejected a cap and trade plan in 2009, which would have set an economy-wide price on carbon emissions and allowed electric utilities and other large emitters of greenhouse gases to buy and trade emissions credits that would encourage a reduction in emissions in an economically efficient manner.

The Obama administration says it is acting because Congress has not, but the White House does not have the power to unilaterally impose a cap and trade program. Instead, the administration is pursuing a broad array of targeted programs to reduce emissions and spur the growth of clean energy technologies, none of which require congressional approval.

How can the president’s goals be achieved?

The proposals are all designed to be implemented through the Executive Branch. For example, the Environmental Protection Agency will be in charge of drafting and implementing the rules on power plant emissions, while the Interior Department would be tasked with increasing the use of renewable energy on public lands.

Will this cost taxpayers anything?

Yes, but it’s unclear how much. Electric utilities are likely to pass some of the costs of complying with new EPA power-plant emissions regulations on to consumers. How high rates rise will depend on a wide range of factors that are not going to be clear until the regulations are spelled out and implemented. As renewables become more prevalent, they may help bring electricity costs down for consumers.

How likely is it that these rules will be put in place during Obama’s presidency?

The White House plans to issue the draft power plant emissions rule by June of 2014, with implementation a year later. However, those rules will no doubt be subject to legal challenges by electric utilities and others who are concerned about the potential costs, so it’s quite possible that the power-plant rules won’t go into effect under the Obama administration.

The other elements to the president’s plan, including climate adaptation and increased use of renewable energy technologies, can be implemented during his second term.

Can Congress undo what the White House is proposing?

Congress may be able to use its budgetary authority to limit the scope of the power plant regulations in particular. For example, Congress can prohibit agencies like the EPA from spending money to enforce particular regulations.

Thanks largely to the recent recession and the displacement of coal by natural gas in the power sector, last year’s U.S. emissions of carbon dioxide (CO2) may have been a lowest in a couple decades, but the first quarter of 2013 has seen the percentage of electricity coming from coal start to go back up as natural gas prices have increased, and U.S. emissions rose at least 4 percent over that time. 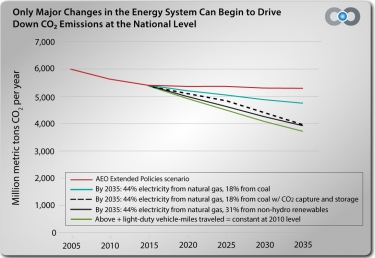 The White House has indicated that without additional measures to reduce carbon emissions from the electricity sector, continued emissions decreases are unlikely to be achieved by market forces alone (i.e., natural gas prices). Their proposal to limit emissions at existing power plants could help drive a continued drop in overall U.S. emissions.

The White House is recommitting the U.S. to meeting the greenhouse gas emissions reduction goals it established in the Copenhagen Accord in 2009, when the administration agreed to cut greenhouse gas emissions by 17 percent below 2005 levels by 2020. That would be approximately double the reduction the U.S. has seen due to the recession, increased use of cleaner-burning natural gas, and energy efficiency gains since 2007.

It is unlikely that the measures included in this plan would set the U.S. on course to meet the goal of emissions reductions of 80 percent below 2005 levels by 2050 goal; a more dramatic realignment of the U.S. energy sector would be required for that. The plan is being implemented solely through administrative actions, and is not a substitute for an economy-wide price on carbon emissions that would be established via a cap and trade plan or a carbon tax. Many experts say a carbon price is needed to spur further emissions reductions and clean energy growth, and such an economy-wide carbon price would need congressional approval.

As the Clean Air Task Force stated in a letter to the White House in January, achieving the administration’s long-term emissions reduction goals will be extremely challenging, and is impossible if relying only on today’s technologies.

“Abundant natural gas, while less carbon intensive than coal, is not a long run climate solution,” the group said. 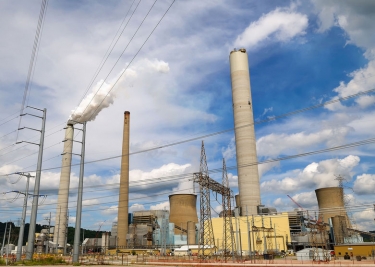 “Ultimately we will need to capture the carbon from gas-fired power plants as well. Renewable energy faces challenges of scale, cost and intermittency; carbon capture and storage faces cost challenges at full scale; and current forms of nuclear power are challenged by safety, waste management, weapons proliferation and cost risks.”

Does the plan include a decision on the Keystone XL Pipeline?

No, but President Obama did address this topic in his speech, proposing a key test that the pipeline project would have to pass in order to be approved.

“Allowing the Keystone pipeline to be built requires a finding that doing so would be in our nation’s interest,” the President said. “And our national interest will be served only if this project does not significantly exacerbate the problem of carbon pollution. The net effects of the pipeline’s impact on our climate will be absolutely critical to determining whether this project is allowed to go forward. It’s relevant.”

Would this plan address transportation emissions, too?

Yes, but these standards would not affect ordinary passenger cars. The administration plans to work to enact post-2018 fuel economy standards for heavy-duty trucks, buses, and vans, by working with the auto industry.

The Obama administration already enacted the toughest passenger vehicle fuel efficiency standards in U.S. history by requiring that passenger vehicles have an average performance equivalent of 34.1 miles per gallon by 2016 and 54.5 miles per gallon by 2025, which the White House claims will eliminate 6 billion metric tons of carbon pollution — more than the U.S. emits in an entire year.

Transportation emissions make up about 30 percent of U.S. greenhouse gas emissions, and heavy-duty trucks comprise more than 20 percent of that total. Currently, heavy-duty trucks,, which are primarily transport trucks, have an average fuel economy of only 5 miles per gallon, so improving their fuel economy could help significantly lower emissions from the transportation sector.

What about renewables like solar, geothermal, and wind energy?

What about emerging technologies like carbon capture and storage (CCS)?

The climate action plan calls for the Department of Energy to make up to $8 billion in loan guarantees “for a wide array of advanced fossil energy projects,” including carbon capture and storage, or CCS.  Such technologies, which have not yet been proven to work at the commercial scale, could allow utility companies to continue burning coal for generating electricity, while capturing and burying the related carbon emissions.

Are there any plans to help increase energy efficiency?

How does the plan deal with non-CO2 greenhouse gases?

The climate action plan commits the U.S. to working with international partners to reduce the emissions of HFCs, which is used as a refrigerant and is a powerful short-lived climate warming agent. According to Durwood Zaelke, president of the Institute for Governance and Sustainable Development, a phasedown of HFC emissions in the U.S. can deliver a quarter of the administration’s 2020 climate goal. According to a study being published on Wednesday, a global phaseout of HFC use during the early part of this century can avoid a half a degree Celsius in future warming by the end of the century.

HFCs are the fastest growing greenhouse gases in the U.S., China, India, and the European Union, Zaelke said.