LONDON – Scientists think they know why some European glaciers started to shrink decades before climate change had begun to raise temperatures.

It wasn’t warming that attacked the glaciers, they say in the Proceedings of the National Academy of Sciences. It was soot from industry, steam locomotives and domestic fires. 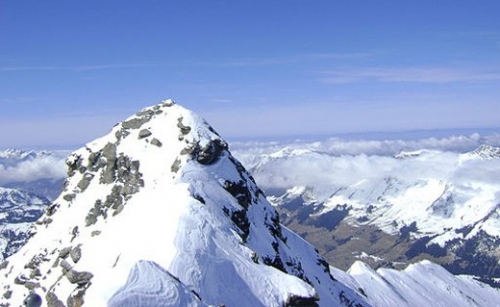 The Swiss Alps: Pollution rather than warming appears to have begun its thaw.
Credit: SSZ (talk)/Wikimedia Commons, via Climate News Network

Glaciologists have for years been puzzled by the sudden start in the middle of the 19th century of the retreat of the Alpine glaciers, which number around 4,000.

They had survived in good condition from the 13th century throughout the fairly cool 500-year period called the Little Ice Age. They reached their greatest extent in the mid-1800s, about double what they are now.

But even though it remained cool the glaciers suddenly began shrinking, leading scientists to believe that the Little Ice Age had ended around 1850.

Average global temperatures, though, did not rise significantly – until the end of the 19th century. In fact, Alpine climate records – among the most extensive and reliable in the world  – suggest that the glaciers should have continued to grow for another 50 years or more, until about 1910.

The scientists acknowledge that other parts of the world may also have been affected, but point out that the decline was well documented only in the Alps.

However, soot is also a big concern in the Himalayas, at high altitudes in some regions bigger than temperature rises. The burgeoning economies of China and India contribute huge amounts.

“Something gnawed on the glaciers that climate records don’t capture,” said Georg Kaser, a glaciologist at the University of Innsbruck in Austria and a member of the team that identified black carbon, or soot, as the cause.

“A strong decline in winter snowfall was often assumed to be the culprit. But from all that we know, no such decline occurred.”

Because darker surfaces absorb more heat than lighter, more reflective ones, if enough soot is deposited on snow and ice it can accelerate melting.

Records suggest that by the mid-19th century the air in some Alpine valleys was laden with pollution. “Housewives in Innsbruck refrained from drying laundry outdoors,” says Kaser.

Scientists used to think soot was unlikely to have been carried high enough to start the glaciers melting, but they now appear to have been mistaken. 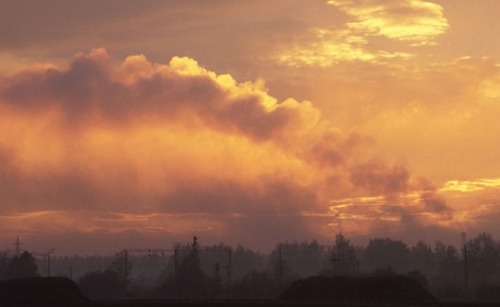 Records suggest that by the mid-19th century the air in some Alpine valleys was laden with pollution.
Credit: flickr/Curt Carnemark/World Bank

When Kaser’s team looked at ice cores previously drilled at two sites high in the western Alps – the Colle Gnifetti glacier saddle 4,455 m up on Monte Rosa near the Swiss–Italian border, and the Fiescherhorn glacier at 3,900 m in the Bernese Alps – they found that in around 1860 layers of glacial ice started to contain large amounts of soot.

The team measured the effect the soot would have had on glaciers at the time in terms of equivalent changes in air temperature. They found that the melting effect of black carbon provided a good explanation of the observed glacier retreat.

Andreas Vieli, a glaciologist at the University of Zurich in Switzerland (who was not involved in the study) said: “…[T]his study offers a very elegant and plausible explanation for the glacier conundrum. It appears that in central Europe soot prematurely stopped the Little Ice Age.”

Only after around 1970, when air quality began to improve, did accelerated climate warming become the dominant driver of Alpine glacier retreat, Kaser says.

He says that if glaciers in the region continue to melt at the rate seen during the past 30 years, there is a risk that nearly all of them will vanish before the end of the century.