As storm surges and floodwaters push further into neighborhoods from Miami to Melbourne, scientists have revealed how greenhouse gas pollution became the main cause of sea level rise during the late 20th century. 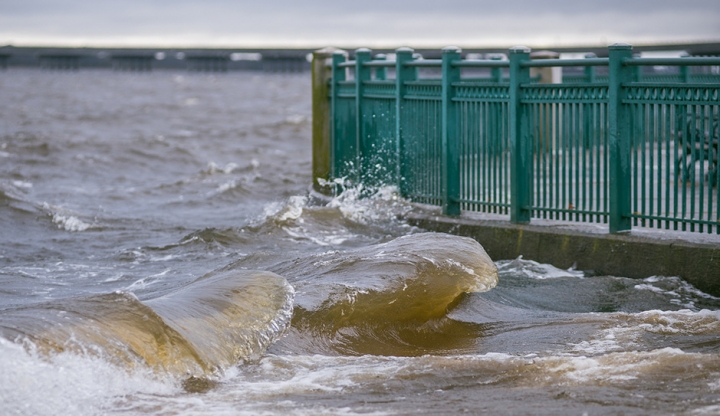 “We’re driving sea levels at the moment,” said Aimee Slangen, a researcher with Australia’s federal research agency, the CSIRO, who led the research. “As long as the greenhouse gases keep on rising, that means we will be causing most of the sea level rise.”

High-profile research published earlier this year showed 20th century pollution was mostly to blame for what was the steepest century of sea level rise in nearly 3,000 years analyzed.

The new study by an international team of scientists, published Monday in Nature Climate Change, used earth models to hone in on those changes. It compared the waning role of natural forces as the 20th century progressed — such as remnant melting of glaciers linked to the end of the little ice age — with the rising influence of human pollution on sea levels. 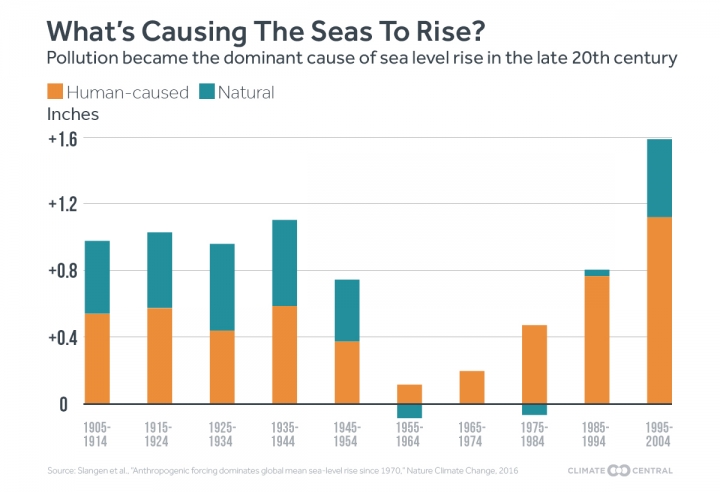 The findings could help scientists narrow projections for the future. They’re also a reminder of the growing toll that industrial activity and modern lifestyles are taking at the planet’s shorelines, where flooding is becoming more regular, forcing a reimagination of urban design and raising questions about whether neighborhoods and villages will need to be abandoned.

Seas rose more than five inches in the 20th century, and the United Nations climate science body expects them to rise a couple more feet in the current century. A recent modeling study of the Antarctic ice sheet concluded sea levels could rise by several feet more than that this century unless fossil fuel use and deforestation are sharply and quickly curbed.

As the 20th century ticked past, from World War I through the rise of personal computers and synthesized pop music, the causes of sea-level rise changed profoundly.

Early in the century, glaciers were still melting as the planet adjusted to warmer temperatures following the little ice age of the 1500s to 1700s. Meanwhile, greenhouses gas pollution was trapping heat on earth, but soot and other pollution was reflecting it away. 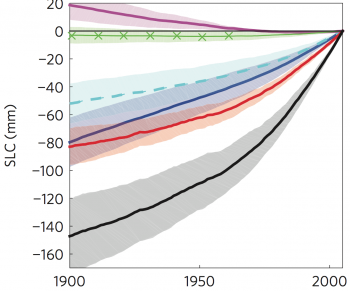 “What you’re seeing is the different timing of the impact of aerosols and greenhouse gases,” said John Church, a prominent CSIRO scientist who contributed to the research. He is part of a climate-research unit being targeted for heavy staff cuts, plans for which have triggered international condemnation of the Australian government.

“Burning of fossil fuels releases aerosols, which have an immediate but short-lived impact on radiative forcing,” Church said. “In contrast, greenhouse gases — with their long lifetime — take time to build up in the atmosphere.”

The eruption of Mount Pinatubo in the Philippines in the early 1990s released natural aerosols that slowed global warming. “This cooled the ocean and sea level fell,” Church said. “The climate system then recovered and sea level rose more rapidly.”

By comparing the results of their modeling, which included natural and human influences on temperatures and sea levels, including changes in solar radiation and volcanic eruptions, the researchers could account for about three-quarters of sea level rise detected in a century of tide gauge and other observations. 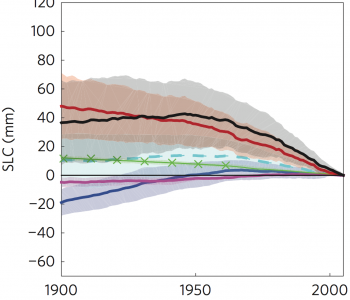 The 24 percent difference between modeled and observed sea level rise could be due to errors in the records, to errors in the modeling results, or both. That the discrepancy declined over the 20th century suggests to the researchers that the flaws might be in the observations.

“Of course, I’d be happier if it was spot on,” said Ben Marzeion, a University of Bremen professor who contributed to the study. “I’m not worried that this weakens the conclusions of the paper, because this difference does not exist in the most recent decades, where we have the greatest confidence in the observations.”

Bob Kopp, a sea level scientist at Rutgers University who wasn’t involved with the new study, praised the research, which he said used established methods.

You May Also Like:
Fishing Bans Can Protect Great Barrier Reef Corals
Clouds Play Lesser Role in Curbing Warming, Study Finds
Will La Niña Follow One of the Strongest Ever El Niños?