LONDON - Coming soon to a farm near you: just about every possible type of pest that could take advantage of the ripening harvest in the nearby fields. 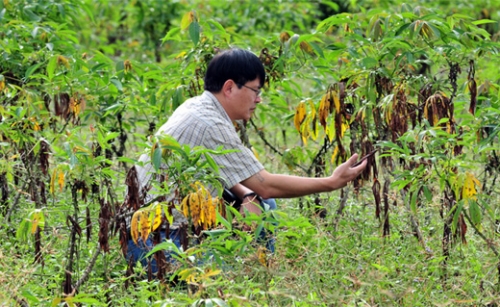 Wherever pests can make a living, they will. None of this bodes well for food security in a world of nine billion people and increasingly rapid climate change
Credit: CIAT/flickr

By 2050, according to new research in the journal Global Ecology and Biogeography, those opportunistic viruses, bacteria, fungi, blights, mildews, rusts, beetles, nematodes, flies, mites, spiders and caterpillars that farmers call pests will have saturated the world.

Wherever they can make a living, they will. None of this bodes well for food security in a world of nine billion people and increasingly rapid climate change.

Dan Bebber of the University of Exeter, UK, and colleagues decided to look at the state of pest populations worldwide. They combed the literature to check the present status of 1,901 pests and pathogens and examined historical records of another 424 species. This research included the records made since 1822 by the agricultural development organization CABI.

Crop pests often emerge in one location, evolve and spread. That notorious potato pest the Colorado beetle, for instance, was first identified in the Rocky Mountains of the US in 1824.

The scientists reasoned that climate change and international traffic made transmission of pests across oceans and other natural barriers increasingly probable, and tried to arrive at a rate of spread.

They found that more than one in 10 of all pest types can already be found in half of the countries that grow the host plants on which these pests depend. Most countries reported around one fifth of the pests that could theoretically make their home there.

Australia, China, France, India, Italy, the UK and the U.S. already had more than half of all the pests that could flourish in those countries. The pests that attack those tropical staples yams and cassava can be found in one third of the countries that grow those crops.

This trend towards saturation has increased steadily since the 1950s. So if the trend continues at the rate it has done during the late 20th century, then by 2050 farmers in western Europe and the U.S., and Japan, India and China will face saturation point. 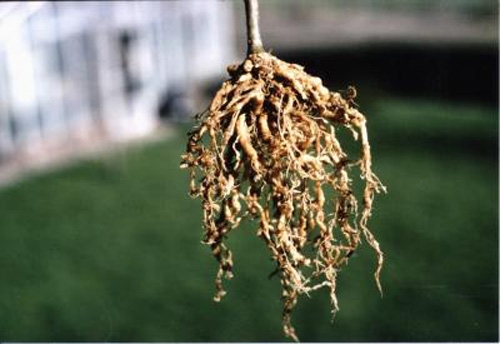 They will be confronted with potential attack from just about all the pests that, depending on the local climate and conditions, their maize, rice, bananas, potatoes, soybeans and other crops could support.

“If crop pests continue to spread at current rates, many of the world’s biggest crop-producing nations will be inundated by the middle of the century, posing a grave threat to global food security,” Dr. Bebber said.

Three kinds of tropical root knot nematode produce larvae that infect the roots of thousands of different plant species. A fungus called Blumeria graminis causes powdery mildew on wheat and other grains; and a virus called Citrus tristeza, first identified by growers in Spain and Portugal in the 1930s, had by 2000 reached 105 out of the 145 countries that grow oranges, lemons, limes and grapefruit.

Predictions such as these are intended to be self-defeating: they present a warning of what might happen if no steps are taken.

“By unlocking the potential to understand the distribution of crop pests and diseases, we’re moving one step closer to protecting our ability to feed a growing global population,” said Timothy Holmes, of CABI’s Plantwise knowledge bank, one of the authors. “The hope is to turn data into positive action.”