LONDON – Indigenous people in Panama are asking the United Nations to close down its global forestry program, REDD, in their country.

REDD – Reducing Emissions from Deforestation and forest Degradation – is designed to slow climate change by preventing the destruction of the world’s most vulnerable forests. It is a key part of the UN’s attempts to tackle a warming climate, and failure in Panama will have impacts much further afield. 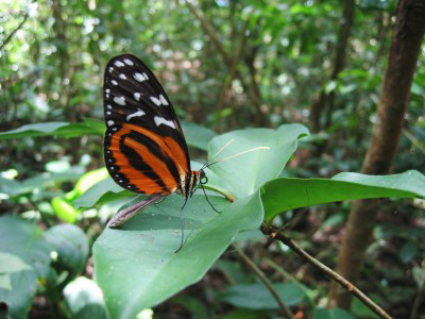 Instead of safeguarding the forests for the indigenous people of Panama, the chief argues, the UN scheme is being used to wrest control of the forests from them for exploitation by outsiders.
Credit: Dirk van der Made

The demand, by the National Coordinating Body of Indigenous Peoples in Panama (Coonapip), will test a provision of the 2007 UN Declaration on the Rights of Indigenous Peoples, which says they have the right to refuse projects and investments which affect their natural resources.

“When it comes to the forests of Panama, we are not mere stakeholders to be consulted,” said Betanio Chiquidama, president of Coonapip and cacique (chief) of a reserve that is home to more than 33,000 people in the east of the country.

“More than half the country’s forests are on the lands of indigenous people. How can an effective plan to save these forests be negotiated if the indigenous leaders are not at the table?”

“The pressure on the forests has never been greater – for food, fuel, fiber and mineral exploration. But we also know that there are other lands that could be used for these purposes; the answer is not to kill our forests.”

Instead of safeguarding the forests for the indigenous people of Panama, the chief argues, the UN scheme is being used to wrest control of the forests from them for exploitation by outsiders.

Coonapip says plans to apply REDD in Panama were turning into an attempt to weaken indigenous people’s control over their land and to wear down resistance to the possible exploitation of natural resources.

It accuses the REDD program of sidelining indigenous leaders, preventing them from playing a full part in REDD planning activities, and failing to guarantee respect for their rights.

Chiquidama was quoted by the London Guardian as saying: “We thought REDD was going to help us strengthen our rights over our territories because no one looks after the forests like we do. It sought to do the opposite, and we have lost all trust in the UN.”

For its part, the UN says it thinks the dispute is about money and the control of projects, and that it is complicated by relations between the indigenous groups and the Panamanian Government. 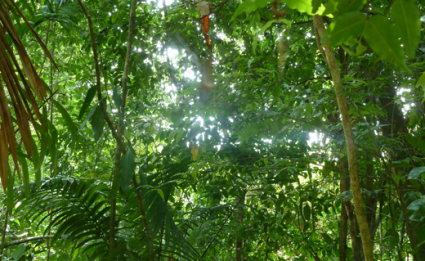 The UN's REDD program is accused of sidelining indigenous leaders, preventing them from playing a full part in REDD planning activities, and failing to guarantee respect for their rights.
Credit: flickr/John A Kilmer

Canadian researchers have found that slightly more than half of Panama’s mature forests lie in indigenous areas, where forest cover averages 70-80 percent.  A 2010 estimate found nearly 60 percent, or 16,579 square miles, of Panama to be forested.

Christine Halvorson, of the Rainforest Foundation U.S., said the Canadian researchers’ work reinforced other studies which showed that indigenous peoples were significantly more able than any other public or private land-owner to protect biologically valuable forests.

She said: “Any plan aimed at reducing climate change should strengthen the rights of the indigenous people to the forests that are central to their lives and livelihoods. Without the participation of those most likely to be impacted, efforts to save the world’s forests likely will fail.”

Panama was one of the first countries to implement REDD and has been praised as a success story for the program and as an example of the benefits of strong land rights for indigenous people.

“In theory, implementing REDD readiness in Panama should have been easier than most, given the strength of its indigenous peoples and their success in forest management,” said Andrew Davis of the Salvadoran Program for Research on Development and Environment (PRISMA), a Central American NGO.

“It should be a red flag that REDD has run into such serious problems related to the participation of indigenous peoples.”

Hector Huertas Gutierrez, a lawyer who works with Coonapip, said the group understood REDD’s value and had tried to negotiate with the Government of Panama for a more meaningful role in the negotiations over it.

“We were not being heard,” Huertas said. “But now that we are here, we feel as if a door may be opening. Our people are ready to listen.” REDD officials have commissioned an evaluation responding to the group’s concerns.