Let’s see if you can guess the source for the following quote.

“We want to be a part of the solution and deliver energy to society sustainably for many decades to come.” 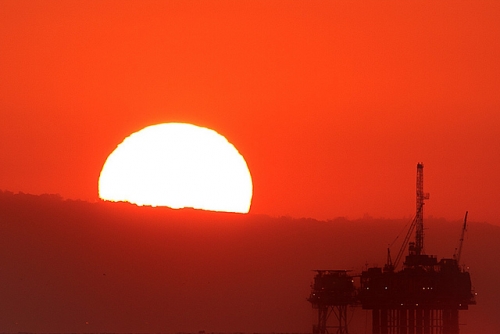 If you guessed a major solar, wind or renewable energy company, you’d be wrong. If you guessed six of the world’s largest oil and gas companies, give yourself a gold star.

In a stunning reversal of years of obstructionism to creating a global framework to deal with climate change, CEOs from global oil and gas behemoths Shell, BP, Total, Statoil, Eni and the BG Group have signaled that they’re ready for a price on carbon.

The CEOs of the companies, with nearly $1.4 trillion in annual revenue, sent a letter on Friday, which was released publicly on Monday, to Christiana Figueres, the United Nation’s climate chief, as well as Laurent Fabius, France’s Foreign Affairs and International Development Minister who will also lead the Paris climate talks later this year.

In it, they ask for national and regional governments to set a price on carbon and for those regional carbon markets to be linked.

“We need governments across the world to provide us with clear, stable, long-term, ambitious policy frameworks,” the letter states.

The timing of the letter is no coincidence. Representatives from 190 countries are meeting in Bonn, Germany this week to continue hammering out details for an international climate agreement that is expected to take shape by the end of the year.

The desire for a price on carbon might seem anathema to companies that make much of their billions from extracting oil and gas, two of the main drivers of carbon dioxide emissions that are warming the planet. And make no mistake, the six companies are not talking about getting out of the oil and gas business anytime soon. In fact, a separate letter to the media highlights natural gas as an important bridge fuel.

And despite signing the letter, Shell is also headed back to the Arctic this summer to drill for oil.

But in the big picture, the lack of a price on carbon creates an uncertain environment for companies that tend to plan decades into the future. The sooner a price is set, the quicker companies can adjust their plans for future profitability.

In addition, there’s been growing pressure from shareholders that want more clarity on how oil companies plan to continue making money in a world where carbon emissions need to decline in order to avoid the worst impacts of climate change. The growing power of the divestment movement, which aims to get pension funds and endowments to remove fossil fuel companies from their portfolio, is also posing a growing issue for fossil fuel companies.

“The investors have really woken up in the past 12 months,” Frances Way, co-chief operating officer of programs at CDP, said. “There’s a push to ask that as a responsible investor, should they be supporting oil and gas at this point.”

CDP works with investors and companies interested in planning for the impacts of climate change and how to reduce emissions. For fossil fuel companies, reducing emissions means reimagining what kind of company they are.

“It depends if you see it as a fossil fuel business or an energy business. Can they can diversify and change over time?” Way said. “I feel a number of individuals are trying to get a point of dialogue about the strategy and risk and being more transparent.”

Figueres has said she wants to have fossil fuel companies at the table for climate talks. The letter signals a willingness that they’ll be pulling up a seat as good guests and not party crashers.