LONDON — The answer to one of the enduring puzzles of global warming — the apparently sluggish response of the Antarctic continent to rising greenhouse gas levels — may have been settled by Australian scientists. And, in the course of doing so, they may also have solved another problem: the parching of Australia itself. 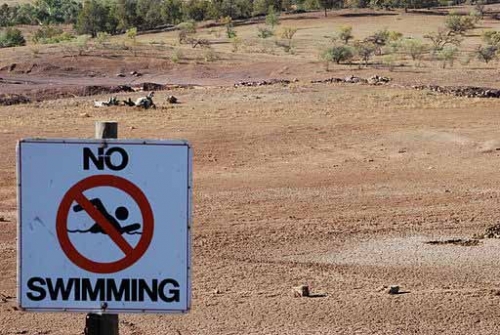 Nerilie Abram, of the Australian National University’s Research School of Earth Sciences, and colleagues outline their findings in Nature Climate Change. They report that they looked at the pattern of climate in the southern hemisphere and have concluded that the Southern Ocean winds that normally deliver rain to South Australia are being pushed further south towards Antarctica.

Their research was focused on a meteorological phenomenon known — although probably only to climate scientists — as the Southern Annular Mode, which marks the pattern of climate variability south of the equator. For the last 25 years of climate observation, it has been obvious that changes in the northern hemisphere have not been matched by changes in the south.

There are geophysical reasons for some of the difference. For example, most of the inhabited landmass of the planet is in the northern hemisphere; the North Pole is covered by an ocean, while the South Pole is in the center of an enormous continental landmass piled high with ice and snow; and the seasons and wind patterns of the two hemispheres run counter to each other. The two hemispheres are very different.

In addition, weather observations in the northern hemisphere are much more detailed and have been conducted over a much longer period than in the southern hemisphere. 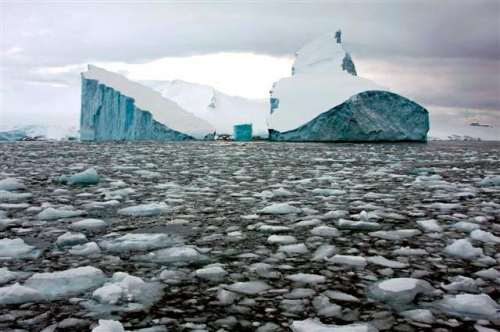 Conspicuously, the Arctic has been the fastest warming region of the planet, and for more than a decade there was argument about whether the Antarctic was warming at all.

Lead researcher Dr. Abram and her fellow scientists took the measure of the Southern Annular Mode by looking at annual seasonal data since AD 1000 — recorded in Antarctic ice cores and South American tree rings. They then used the information to build up a picture of the past and the changing present.

“With greenhouse warming, Antarctica is actually stealing more of Australia’s rainfall,” she reported. “It’s not good news. As greenhouse gases continue to rise, we’ll get fewer storms chased up into Australia. As the westerly winds are getting tighter, they’re actually trapping more of the cold air over Antarctica. This is why the Antarctic has bucked the trend. Every other continent is warming, and the Arctic is warming fastest of anywhere on Earth.”

Direct climate observations in Antarctica date back only about 60 years. That is why climate scientists must work with indirect evidence from ice cores and tree rings.

But although change has been hard to measure on the continent itself, glaciers have been in retreat and ice shelves have collapsed on the Antarctic peninsula and the west Antarctic is beginning to lose ice at an accelerating rate. The winds of change are blowing in the south.

“The Southern Ocean winds are now stronger than at any other time in the last 1000 years,” Dr. Abram said. “The strengthening of these winds has been particularly prominent over the past 70 years, and by combining our observations with climate models we can clearly link this to rising greenhouse gas levels.”