Flood risk from sea level rise brought about by climate change will have to be factored into the building standards of any new and rebuilt federally funded construction project, including those built by local governments receiving federal money, according to an executive order President Obama issued Friday.

The order requires projects funded by the government to adopt tighter construction standards so that scientific projections for how climate change could affect flooding in a given area can be factored into where and how the projects are built. 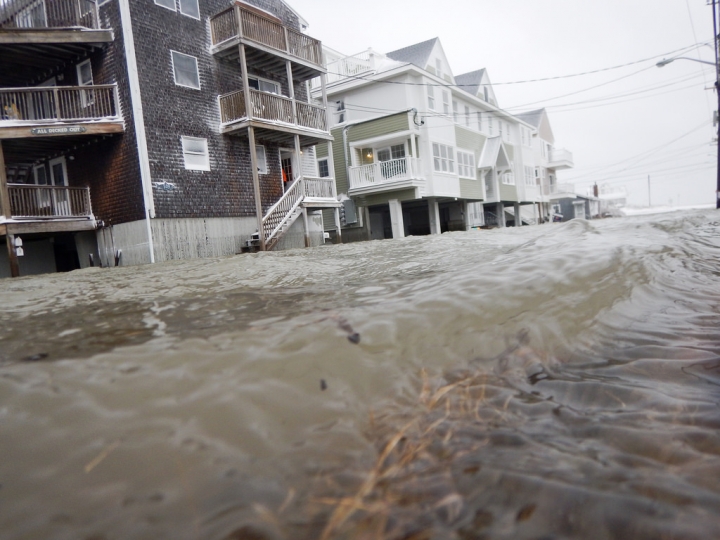 The executive order is a huge shift for the federal government, which has relied mostly on historical flooding data when determining the location of flood plains, not projections for how flooding may change in the future.

The building standards are to be updated every five years using the latest flood risk projections based on available climate science.

“Hurricane Sandy brought to light the reality that coastal storms are intensifying and that sea-level change and climate change will only heighten the vulnerability of coastal communities,” Brig. Gen. Kent D. Savre, commanding general of the Army Corps’ North Atlantic Division, said in a statement.

In a statement, the White House singled out the flooding in Manhattan that occurred as Sandy came ashore in 2012 as a reason to rebuild infrastructure to a higher standard so it can withstand greater storm surges and other coastal flooding.

More than $1 trillion of property are at risk from two feet of sea level rise in the U.S., a level that could be reached by 2050, the statement said. 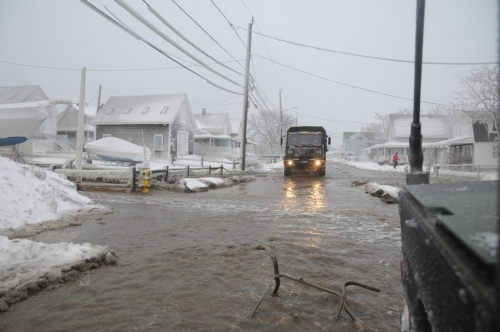 The rate of sea level rise on the Atlantic Coast is accelerating and has already risen at least 8 inches on both coasts since 1880. Because of the melting of glaciers and the expansion of the warming ocean, between 10 inches and several feet of global sea level rise is expected by 2100. Some projections show it leading to more than 10 feet of rise in the next two centuries, affecting more than 12 million people in the U.S. and nearly 29,000 square miles of land.

Higher sea levels mean more devastating floods. Low-lying urban areas such as those along New York City’s coastline, many of which were devastated during Sandy, could have up to a 3-in-4 chance of historically unprecedented flooding by 2100 if greenhouse gas emissions are not dramatically reduced. About $100 billion in property sits within flood-vulnerable areas of New York City, and the homes of nearly 500,000 people are at risk of climate change-driven sea level rise there.

Other cities such as Baltimore and Charleston, S.C., could see 30 days or more of nuisance  flooding because of sea level rise by 2020, followed by San Francisco and Philadelphia in 2030.