One of the Obama administration’s climate goals is for 30 percent of America’s electricity to be generated using solar energy by 2050. That is likely to include the installation of solar panels on the roofs of millions of American homes in the coming decades.

But as falling solar panel prices and concerns about the climate spur a rush to install rooftop solar in many states, some utilities have begun charging a variety of complicated fees that are leading to a chilling effect on the home solar power markets in those regions. 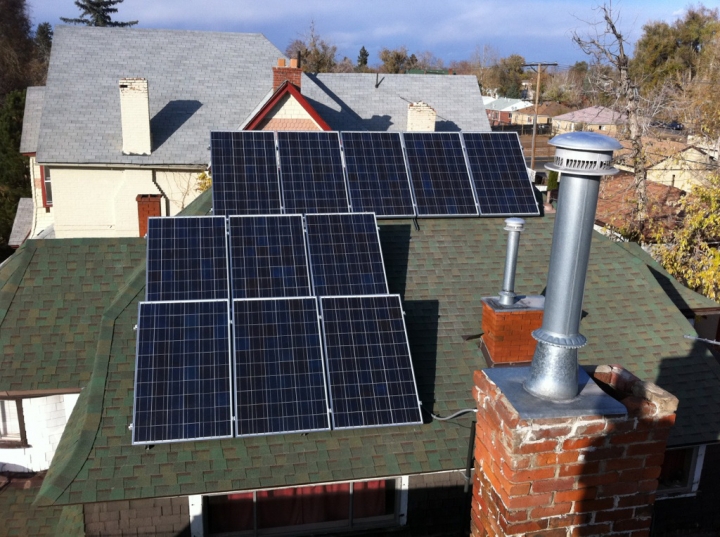 Solar panels on rooftops, known as “distributed” power generation, are a way to lower electric bills and keep the lights on during extreme weather without relying on the fossil fuels that contribute to climate change and poor air quality.

Though most utilities have not imposed rooftop fees, some that are considering them or have already imposed the fees have seen a stark drop in the number of homeowners applying to install solar panels, especially in Oklahoma and parts of Arizona.

The Salt River Project, a regional utility in Arizona, imposed a new rate structure on “self generation” customers earlier this year as a way to recoup some of the costs generated when customers sell power back to SRP. In the year immediately prior to implementing the fees, SRP received an average of 600 new rooftop solar applications per month. Today, it receives 25 applications per month, SRP spokesman Scott Harelson said.

The utility’s decision to implement demand and power distribution charges spurred one of the country’s largest rooftop solar panel installers, Solar City, to relocate 85 of its 800 Arizona workers out of state. The company also filed suit, calling SRP’s charges “anti-competitive.”

Just this year, at least five states from Florida to Arizona have implemented or are considering a variety of new fees for homes with solar panels connected to the grid.

Arizona Public Service Co., for example, had considered increasing its existing monthly charge of 70 cents per kilowatt of installed rooftop photovoltaic capacity to $3 per kilowatt before withdrawing the proposal. UniSource Energy Services, also in Arizona, is considering a monthly charge of between $6 and $10 per kilowatt. A proposal by New Mexico’s largest utility would have charged $6 per kilowatt, but the utility dropped the charge from its proposed rate increase this year.

The average size of a rooftop solar array is 5 kilowatts.

In Oklahoma, Gov. Mary Fallin signed a bill into law last year after lawmakers worried that rooftop solar customers were not paying their share of the cost for the utility to maintain the power lines.

Oklahoma Gas and Electric has fewer than 300 rooftop solar customers among the 750,000 it serves. Since the law took effect, that number has not been growing.

“Inquiries have chilled dramatically,” Steve Wilke, founder of rooftop solar installer Delta Energy and Design in Norman, Okla., said. “People just think that there’s no way solar can work for me now. It’s an uphill battle for us.”

Some of the fees and other charges are complicated, and it can be difficult for people interested in installing solar panels to understand the costs.

“People are nervous about what this does mean for the market,” Joyce McLaren, senior energy analyst at the National Renewable Energy Laboratory in Golden, Colo., said. “An average household can’t do the analysis it’s going to take in order to figure out how I can make this economical for me.”

One of the most controversial fees OGE is proposing in Oklahoma is an electric power demand charge for rooftop solar customers who take power from the grid. They will be charged based on how much electricity they consume every 15 minutes.

“Our proposed demand charge is $2.68 per kW per month,” OGE spokeswoman Kathleen O’Shea said via email. “It is based on a DG customer’s peak demand in a 15-minute period over the month.” 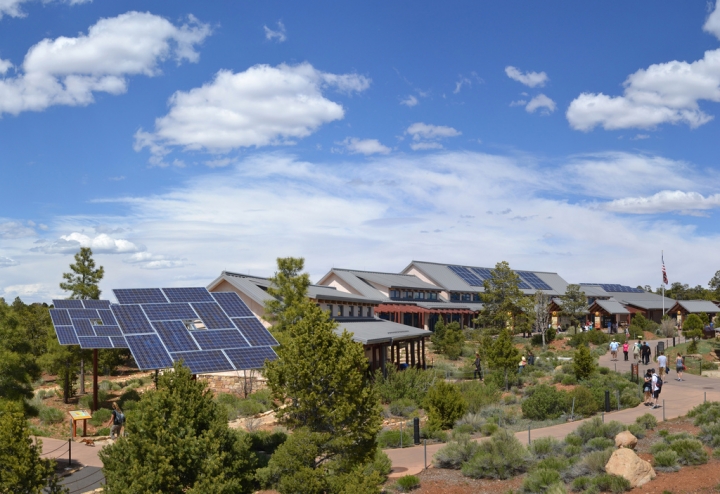 That means a home is charged based on how much power it took from the grid during the 15 minutes that it consumed the most electricity during the span of a month. So, for example, if a house with rooftop solar requires 5 kilowatts of power from the grid during a single 15-minute period on a hot summer afternoon in August, the demand charge for that month would be $2.68 multiplied by the five — for each kilowatt used. The total charge would be $13.

O’Shea said it’s impossible to calculate what a rooftop solar customer’s actual charge will be because it depends entirely on how much power they take from the grid and when. OGE’s fees will get a public hearing before the state’s corporation commission in December and have yet to take effect.

McLaren said demand charges are complex because they vary by season, time of day and how a utility wants to smooth out the sharp peaks in electric power demand.

“On a 15-minute interval, the impact is larger,” she said. “What that means is that a household is going to have to re-learn how they’re going to manage their energy usage to respond to the cost signal.”

Solar power advocates are fighting against the fees and say few people in Oklahoma are considering installing solar panels since the solar surcharge law was signed last year.

“The real evil in the proposal is that you can’t anticipate how much more you’re going to pay,” Kim Sanders, a spokeswoman for the Alliance for Solar Choice, said. “You try to limit your total usage throughout the month, but we don’t have the technology to manipulate this short (15-minute) period of high demand in order to reduce these bills.”

But Harelson, the SRP spokesman, said the utility’s new rate structure is based on power usage patterns that are unique to people using solar panels, and many of them are likely to pay less than homeowners without solar panels.

Last month in Wisconsin, a judge overturned a proposal by a Milwaukee utility to charge homeowners using rooftop solar a $3.79 per month per kilowatt of installed rooftop solar capacity.

You May Also Like:
Indonesia’s Fires Are Driving Climate, Public Health Crises
Warming May Mean Stifling Future for Middle East