LONDON – You may think the prospect of climate change is alarming, a call to action to slow down our emissions of carbon dioxide and other greenhouse gases.

You’re almost certainly right. But some scientists are now suggesting you should be much more concerned than you are, because they think we may be seriously underestimating the problem. 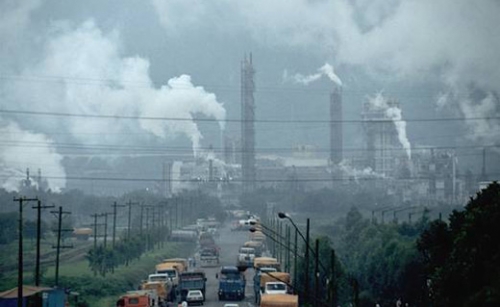 Evidence from studies of past climate change suggest if longer-term factors are taken into account, the Earth’s sensitivity to a doubling of CO2 could also be double than predicted.
Credit: world.edu

The Geological Society of London (GSL) says the sensitivity of the Earth’s climate to CO2 could be double earlier estimates.

The Society has published an addition to a report by a GSL working party in 2010, which was entitled Climate change: Evidence from the Geological Record.

The addition says many climate models typically look at short term, rapid factors when calculating the Earth’s climate sensitivity, which is defined as the average global temperature increase brought about by a doubling of CO2 in the atmosphere.

Scientists agree that a doubling of atmospheric CO2 levels could result in temperature increases of between 1.5 and 4.5°C, caused by rapid changes such as snow and ice melt, and the behavior of clouds and water vapor.

But what the GSL now says is that geological evidence from palaeoclimatology (studies of past climate change) suggests that if longer-term factors are taken into account, such as the decay of large ice sheets, the Earth’s sensitivity to a doubling of CO2 could itself be double that predicted by most climate models.

Dr. Colin Summerhayes, who led the statement’s working group, says: “The climate sensitivity suggested by modern climate models may be fine for the short term, but does not encompass the full range of change expected in the long term…”

“…The IPCC focuses on… the climate sensitivity – what will happen in the next 100 years. Earth system sensitivity tells you what happens in the next couple of hundred years after that.”

Atmospheric carbon levels are currently just below 400 parts per million (ppm) – a figure last seen between 5.3 and 2.6 million years ago. Global temperatures were then 2-3°C higher than today, and sea levels were several meters higher, due to partial melting of the Antarctic ice sheet. 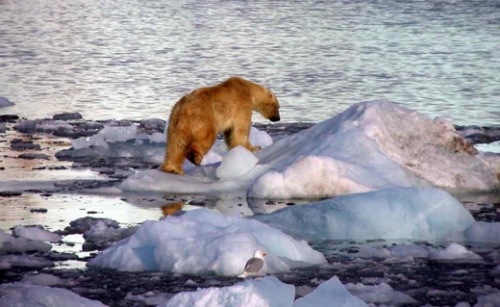 If the current rate of increase (2 ppm per year) continues, CO2 levels could reach 600 ppm by the end of this century; levels which, says Summerhayes, “have not been seen for 24 million years”.

Dr. Summerhayes said: “We now have even more confidence from the geological record that the only plausible explanation for current warming is the unprecedented exponential rise in CO2 and other greenhouse gases.

“Recent compilations of past climate data, along with astronomical calculations, show that changes in the Earth’s orbit and axis cooled the world over the past 10,000 years. This cooling would normally be expected to continue for at least another 1,000 years.

He told Climate News Network: “The main implication from my perspective is that the geological record tells us that increasing CO2 increases temperature, melts ice, and raises sea level. This we know independently of any fancy numerical model run by climate scientists.

“However, those climate scientists’ models happen to come up with about the same answer as we get from the geological record, which suggests that the modelers are likely to be on the right track.”