Everybody loves a comeback story. If you like the U.S. nuclear power industry, it’s a Michael Jordan-type gallant return. If you don’t like nukes, it’s more of a Gloria Swanson gruesome comeback in Sunset Boulevard.

Similar to both Jordan and Swanson’s character, Norma Desmond, the industry has tried more than one revival. The current one may be more about salvaging economically dicey nuclear reactors than building new ones.

There is some promise for nuclear: Projects in Georgia, South Carolina and Tennessee may yield the first new nuclear plants in decades. The industry and its advocates are touting new, safer reactor designs.

In addition, thanks to a federal appeals court decision, utilities no longer have to add to the $30 billion burden of paying for the abandoned Yucca Mountain Nuclear Waste Repository. And the U.S. Environmental Protection Agency is pressing hard for its rules to reduce carbon emissions, which would squeeze competing coal-fired plants.

But on the flip side, Wisconsin, California, Florida and Vermont are shuttering aging nuclear plants, and some planned new ones have been shelved in Maryland, New York, Texas and Florida. Closing and decommissioning isn’t cheap — usually a billion dollars or more. As many as seven reactors in Illinois, Ohio and New York could close this year if not rescued by ratepayers.

Nukes also have been getting their lunch eaten in the deregulated electricity marketplace, mostly by cheaper natural gas. More on that in a bit.

In at least four states, nuclear utilities have sought state government assistance to benefit nuclear plants, if not keep them alive and running.

Those new nukes are falling behind schedule and soaring over budget, making an already-jittery Wall Street even more skeptical. Earlier this week the builders of two new reactors at Georgia’s Plant Vogtle disclosed additional delays and overruns, potentially making the project over a billion dollars in the hole and three years late. The demise of Yucca Mountain means there’s nowhere for the industry to permanently store its waste. And just when you thought it was safe to atomically boil the water, Fukushima provided the first nuclear mega-disaster since Chernobyl a quarter-century earlier, fairly or unfairly reviving public unease about nuclear energy’s safety in the U.S.

And it didn’t help when the longtime CEO of America’s biggest nuclear player stuck the financial fork in shortly after his retirement.

John Rowe, a longtime nuclear booster and former CEO of Exelon, the Chicago-based offspring of mergers between Commonwealth Edison of Illinois, Philadelphia’s PG&E and Baltimore-based Constellation, oversaw 23 reactors. “I’m the nuclear guy,” Rowe told a gathering at the University of Chicago two weeks after his 2012 retirement. “And you won’t get better results with nuclear. It just isn’t economic, and it’s not economic within a foreseeable time frame.”

Rowe was commenting on plans for newly built reactors. But old ones, including up to six of Exelon’s fleet, may be on the block.

States to the Rescue

In the 1990s, the federal government and many states moved to deregulate electricity. Leaving every potential power source free to marketplace dynamics, it was reasoned, would serve ratepayers well and promote competition among generators. The biggest boosters of deregulation were heavy industries looking to reduce their enormous power bills, and an up-and-coming energy trader called Enron, which thrived for a few years before collapsing in scandal. 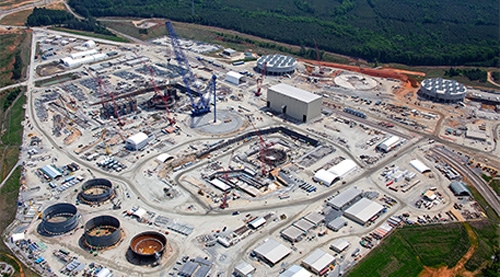 The industry’s embrace of deregulation isn’t universal, though. In at least four states, nuclear utilities have sought state government assistance to benefit nuclear plants, if not keep them alive and running.

Officials at Chicago-based Exelon say the free market may soon kill off several of its nukes. Exelon’s CEO has been outspoken about its opposition to subsidies for its wind industry, but the company is not shy about seeking short-term help for its own financially troubled nuclear plants.

Illinois may be nuclear’s short-term ground zero. Exelon operates nukes at six sites in the state and acknowledged that three — the two-reactor complexes at Quad Cities and Byron, and the Clinton single reactor site — may have priced themselves out of the market. Closure of the three could mean 7,800 job losses at the plants and related industries, according to Exelon’s spokesman Paul Adams. A report earlier this month by several Illinois state agencies cited a smaller job-loss figure, 2,500, but added that the state could add 9,600 jobs in the next four years through energy efficiency and a renewable energy standard.

While Exelon CEO Chris Crane insists that the company is not seeking a bailout, and Exelon spokesman Adams said that all “energy technologies should compete on their own merits,” Crain’s Chicago Business and other publications have reported that the company is pushing state regulators to restructure power markets in a way that critics say could stack the deck for their beleaguered nukes. Exelon senior vice president Kathleen Barron told the Illinois Commerce Commission last September that the company needs rate increases that would bring in $580 million in additional revenue to keep its nukes afloat. That extra cash would come from ratepayers, particularly at times of peak power usage.

While Exelon bristles at mention of the word “bailout,” others see it as exactly that. “We don’t think Illinois consumers should be called upon to bail out Illinois nuclear plants,” said Howard Learner, executive director of the nonprofit Environmental Law & Policy Center.

Ohio is considering rate hikes to save several aging coal plants and the Davis-Besse reactor near Toledo.

Exelon also is pushing the state for a carbon tax, which would hit its fossil fuel rivals in the energy market but leave nuclear plants unscathed. Years ago, the company swore off coal for electricity, selling its coal assets. Its Illinois nukes comprise 95 percent of the power Exelon sells in Illinois and neighboring states. Exelon also is banking on its nukes in Illinois and elsewhere to help states meet the EPA’s proposed carbon reduction mandates.

Another Exelon nuke, the Ginna plant near Rochester, New York, is on the brink. Facing a deadline on power purchases from the 45 year-old plant’s biggest buyer, Rochester Gas & Electric, Ginna will close without a rate hike, according to Exelon. The plant’s license doesn’t expire till 2029. 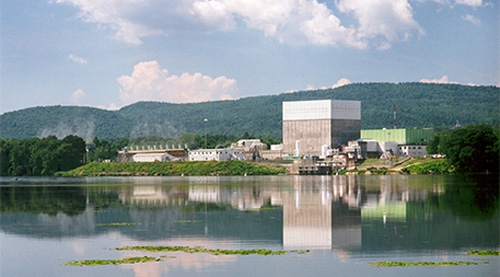 The Vermont Yankee nuclear power plant at Vernon, Vt., is among those being shuttered due to unfavorable economics.
Credit:  Nuclear Regulatory Commission © Entergy Nuclear/Flickr

Ohio is considering rate hikes to save several aging coal plants and the Davis-Besse reactor near Toledo. FirstEnergy, operator of the trouble-plagued Davis-Besse, calls for an estimated $117 million “power purchase agreement” for its ratepayers. Longtime energy activist Harvey Wasserman called the potential rate hikes a “pillaging” of Ohio.

The utilities have spiced up the battle by resisting efforts to disclose financial data that could shed light on the plants’ financial health, and the need for a rate hike. And while the state ponders lending a hand to coal and nuclear, the Ohio Legislature effectively smothered wind and solar in the state by killing renewable energy standards last June.

Florida also has pitched in to help the industry: In mid-January, Florida’s Department of Environmental Protection drew fire from conservationists when it loosened oversight over hot water discharges from the Turkey Point energy complex south of Miami. Turkey Point’s two reactors and three fossil-fuel plants dump heated water into a four-decade-old network of cooling canals, where algae blooms and rising salinity are believed to threaten to coastal waters, public drinking water wells and Everglades recovery. In writing a new permit for the plant, the DEP cut local water officials out of the regulatory process, leaving the state agency in sole command of the canal field, a radiator-like matrix of 165 miles of waterways extending south from Turkey Point.

Unlike the reactors in Ohio, Illinois and New York, there’s no talk of imminent financial demise at Turkey Point. In fact, Florida Power and Light has state approval to build two more, larger reactors at the site, and is awaiting a green light from the Nuclear Regulatory Commission, expected in 2016.

Editor’s note: As pressure to reduce climate-changing emissions grows, nuclear power is drawing growing attention — for better or worse. In this piece, the first of a series of three being published at Environmental Health News with funding from the Rockefeller Family Foundation, EHN writer and editor Peter Dykstra looks at the current status of nuclear energy in the U.S.