10 Years Later: Was Warming to Blame for Katrina?

In the days after Aug. 29, 2005, when the world watched Hurricane Katrina become one of the worst natural disasters in U.S. history, a question reverberated through the public consciousness: Was climate change to blame? 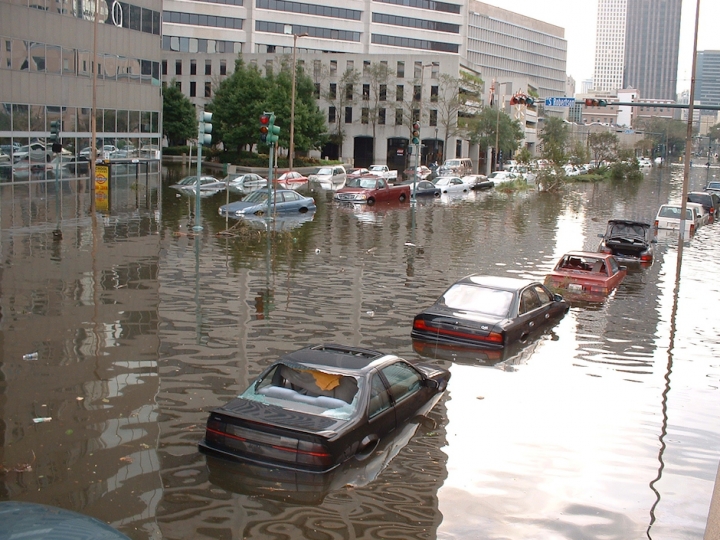 Cars parked on the streets of New Orleans on Aug. 30, 2005, are flooded to the top of the wheel wells.
Click image to enlarge. Credit: Marty Bahamonde/FEMA

This question arose in part because of a desire after such terrible events to understand why they occur. Katrina killed an estimated 1,200 people and caused more than $100 billion in damage. But the question was also driven by an emerging public awareness of the changes that global warming might mean for the world’s weather, including hurricanes.

At the time, scientists had few easy answers. There was clear evidence that temperatures around the globe had risen and expectations that this would shift weather patterns and make some events more extreme in the future, but no clear accounting had been done of whether those effects were discernible in the weather happening to us today.

Ten years later, there is still no straightforward answer for this or other storms. Partly this is because the question itself is flawed, belying the complexity of these weather events and their relationship to the climate. But scientists have found other ways to probe the role of warming, by asking, for example, how sea level rise has made flooding worse or how warming has influenced entire hurricane seasons.

Such studies can tell us something valuable about how climate change is impacting the world we live in, even if they can’t give us a clear “yes” or “no” answer.

The Problem With Hurricanes

In 2005, when Katrina helped increase awareness of climate change, the science of what is called “extreme event attribution” was just emerging. Today it is one of the fastest growing fields in climate research, with efforts even to pinpoint the role of warming just days after an event.

While scientists can use certain statistical methods to say with a fair degree of confidence what role climate change has played in altering the odds of some types of extreme weather, such as heat waves, they are still hampered when it comes to highly complex phenomena like hurricanes.

Unlike temperature records, which tend to extend back long enough to show how the odds of heat waves have changed over time — and whether those changes are beyond the normal chaotic ups and downs of nature — reliable hurricane records extend back at most a few decades to the beginning of satellite observations. That isn’t long enough for scientists to say with confidence that any changes to hurricane frequency or intensity over that time aren’t from natural variability alone. In fact, some work has shown that any expected trends in increased hurricane intensity may not be detectable for several decades.

With relatively straightforward events like heat waves, it is also fairly simple to use computer models to compare how often an extreme event occurs with and without anthropogenic warming. But hurricanes are too small-scale and complex for broad climate models to faithfully reproduce, and relatively rare enough that it would take too much computer power and time to complete enough model runs to see any potential changes at this point.

But there are still ways for scientists to get some idea of the role of warming in hurricane activity and particular storms through other approaches.

A 2013 study published in the journal Climatic Change found that Katrina’s impact on the Gulf Coast would have been significantly less damaging under the climate and sea level conditions of 1900 when its storm surge would have been anywhere from 15 to 60 percent lower.

While sea level rise from warming played a noticeable role in Katrina, the main issue was another man-made problem: local land subsidence and wetland degradation that have left parts of the coast much more vulnerable to flooding. Any effect of warming on the intensity of the storm was relatively minor, the researchers found.

As this study illustrates, sea level rise has so far been the clearest link that can be made between climate change and storms today. 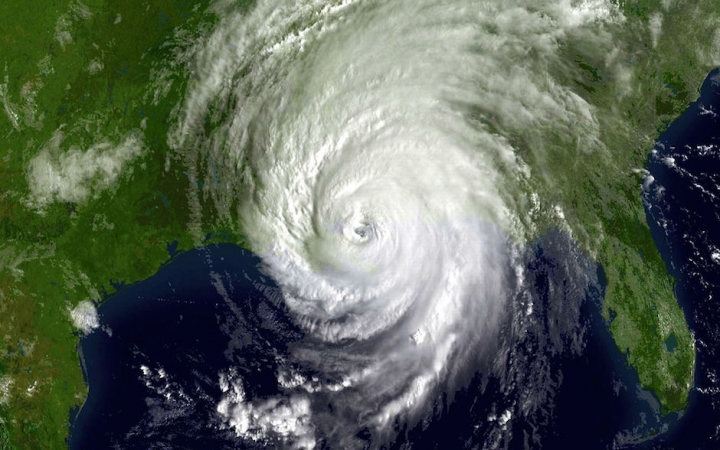 Another modeling study in the Journal of Geophysical Research: Atmospheres, conducted just a year after the storm, found that warmer ocean temperatures in Katrina’s path would help boost the intensity of the storm by changing the amount of water vapor in the atmosphere.

That finding is broadly in line with what is expected from climate change, Gabriel Vecchi, a climate scientist at the National Oceanic and Atmospheric Administration who was not involved with the work, said. But in the years since, researchers have noticed that the exact patterns of ocean warming can create differences in how hurricanes in different regions might respond to climate change, so studies like this don’t necessarily give the whole picture.

Another avenue researchers have recently pursued is to broaden their view and look at how warming may have impacted an entire hurricane season or particular hurricane trends. A study to be published in the Bulletin of the American Meteorological Society in September has found that manmade warming upped the odds of the uptick in hurricane activity around Hawaii in 2014, for example.

And while the record is too short for any role of warming to be clear yet for trends in hurricane intensity or frequency overall, some particular trends could lend themselves toward detecting and attributing a warming influence. Tom Knutson, one of Vecchi’s NOAA colleagues and frequent collaborators, cited the recent finding that warming could shift hurricane tracks poleward, as one possibility. Another candidate could be any increase in hurricane rainfall which hasn’t shown up yet in observations, but is a robust projection in climate models, he said.

The bottom line a decade out from the devastation of Katrina is that while questions on the impacts of climate change in today’s world don’t always have easy answers, it doesn’t mean researchers can’t say anything at all.