Hydropower Could be Risky Bet in Warming World

As investments in wind and solar power climb, backing major hydropower projects may be seen as a risky bet in a warming world, as studies show that reservoirs may be major sources of methane emissions and climate change itself could make rain and snowfall less certain in some regions.

An indicator of where renewables investors are focusing their attention, large hydropower was left out of a major United Nations and Bloomberg report published this week showing that global investments in renewables spiked 17 percent in 2014. 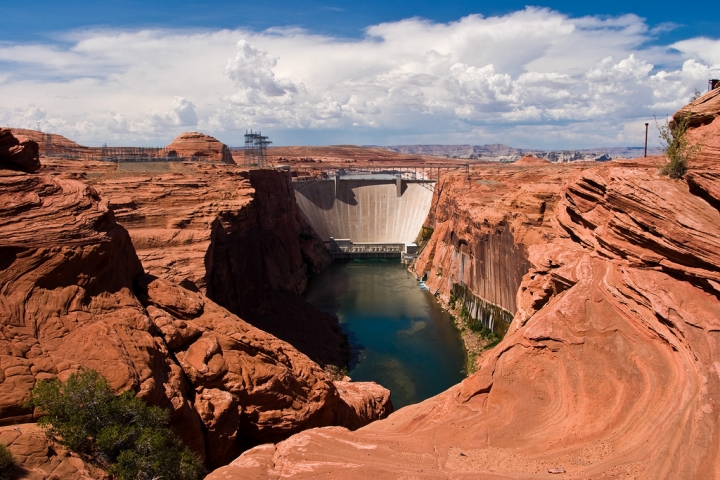 Last year, as costs for wind and solar projects fell and investors saw their potential for reducing greenhouse gas emissions, investments in wind, solar, biomass, geothermal, and small hydropower projects totaled about $270 billion in 2014, up from $231 billion in 2013, according to the report.

Those numbers exclude investments in major hydropower projects — along the lines of the Hoover Dam on the Colorado River or the giant Three Gorges Dam built recently on the Yangtze River in China — that can generate more than 50 megawatts of electricity.

Yet hydropower figures prominently in how some states and countries are addressing climate change by reducing their dependency on fossil fuels. Costa Rica, for example, announced recently that all of its electricity will be renewable in 2015 thanks in large part to hydropower. In the U.S., which gets 6 percent of its electricity from hydro, Burlington, Vt., announced it would be fully running on renewables in 2015 after buying a hydropower plant last year. 2014 also saw the commissioning of the 13.9-gigawatt Xiluodu hydropower project in China, and other large hydro projects were financed in Angola, Costa Rica and Laos.

In the eight years Bloomberg and the UN have tracked global renewables investing in an annual report, large hydro has never been included.

“There’s a question about sustainability,” Angus McCrone, chief editor of Bloomberg New Energy Finance and chief editor of the report, said. “And the other issue is, it’s a very mature technology. If you’re looking at trends in new renewables, the picture doesn’t come in any clearer if you’ve put in numbers of large hydro.”

Bloomberg estimates that investments were made on between 15-20 gigawatts of large hydro in 2014, equalling about a third of global solar power investments, down from 20-25 gigawatts the previous year.

Investments in small hydro, projects that generate between 1 and 50 megawatts of electricity, also shrank last year, partly because of drought fears.

Most small hydro projects were in developing countries, particularly sub-Saharan Africa and Latin America, where small hydropower plants serve as a major source of electricity, according to the report. But as other countries looked for ways to reduce their vulnerability to drought, they began looking toward wind, solar and other renewables, driving a 21 percent decrease in investments in small hydroelectric projects in 2014.

McCrone said Bloomberg expects between about 16 and 40 gigawatts of hydroelectric generating capacity to be built each year through 2020.

Large hydro projects will likely be built in the coming years, especially in Africa and Asia, while the U.S. is entering an era of dam decommissioning or refurbishment rather than construction of new hydroelectric dams, said David Michel, director of environmental security for the Stimson Center, a Washington, D.C.-based and partly UN- and U.S. government-funded think tank focusing on water management, climate change and national security. 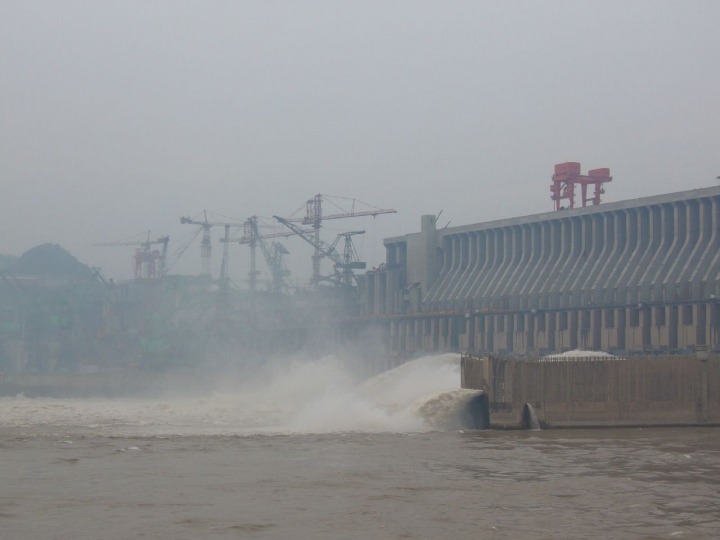 The Three Gorges Dam under construction in China. Credit: The Pocket/flickr

“On a global basis, it’s a risk factor of uncertainty,” he said.

Hydropower dams are long-term investments that last many decades, and climate models show that precipitation may become less certain in some areas, making a decision to build new hydro projects difficult for governments and private investors, he said.

The historic California drought is an example of how changing rain and snowfall patterns, possibly fueled by climate change, are affecting hydropower projects. The drought has caused a 60 percent drop in hydroelectric power generation in California as reservoirs dry up amid the drought. That inability to produce hydropower has forced Pacific Gas and Electric, one of the state’s major utilities, to impose a 1.5 percent rate increase to offset the loss in hydropower, according to the Sacramento Bee.

As the renewables investment report suggests by excluding large hydro, future investments in hydropower will focus on small projects because they cost less to build, Michel said.

“The next Hoover Dam is not something we’re going to see in our lifetimes,” Michel said.