Hurricanes hitting the Southeast coast can supercharge the region’s forests, spurring them to store more than 100 times the carbon released annually by all vehicles in the U.S., Duke University researchers have found.

Rainfall associated with hurricanes acts as fuel for photosynthesis, drastically increasing trees’ carbon absorption rates, according to a recent study published in the journal Biogeosciences. Forests hit by tropical cyclones account for 9 percent of the warm season forest carbon sequestration in the region, the study said. 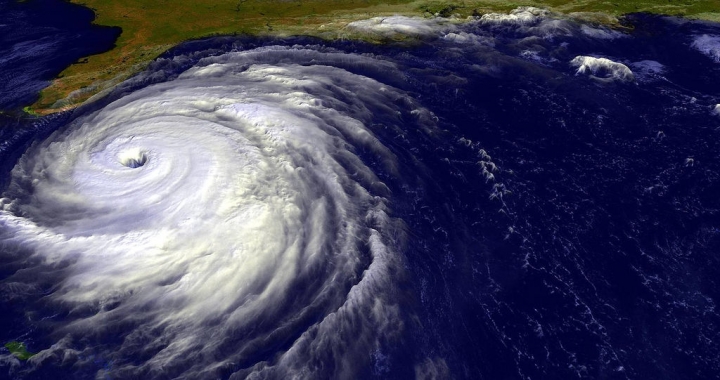 Hurricane Jeanne off the Atlantic Coast in 2004.
Credit: kakela/flickr

The researchers studied the Southeast coast because it is the target of more hurricanes and tropical storms than any other part of the U.S. It also harbors massive forests that absorb large amounts of carbon.

Scientists are unsure how a changing climate will affect the intensity and frequency of hurricanes, but studies suggest that the Southeast coast could see more tropical storms and hurricanes in a warming world along with more frequent drought due to warmer temperatures.

The Duke researchers used computer models to learn how more tropical cyclones and drought could affect the ability of the region’s forests to store carbon. It turns out that hurricanes play an outsized part in the Southeast’s role in the global carbon cycle, and more hurricanes could mean more carbon sequestration.

“The big takeaway here is that tropical cyclones play an essential role in Southeast climate, delivering the precipitation necessary for ecosystem function and to maintain high levels of carbon uptake to offset carbon emissions,” said Ana Barros, an environmental engineering professor at Duke University and co-author of the study, published in April.

Dense forests act as “carbon sinks” — ecosystems that soak up carbon dioxide from the atmosphere like a sponge. Forests store carbon dioxide in their trunks, roots and the surrounding soil, and it stays there until the forest dies or is burned in a wildfire.

All the globe’s forests take in about one-third of human fossil fuel emissions each year.

Research shows that climate change may be threatening some of the globe’s carbon sinks, especially dense ones such as the Amazon rainforest, because variations in climate are damaging some forests’ ability to store carbon. Drought has also been found to stunt forests’ ability to sequester carbon in both the Amazon and in U.S. forests because dry conditions hinder tree growth, reducing the amount of carbon dioxide trees can absorb. 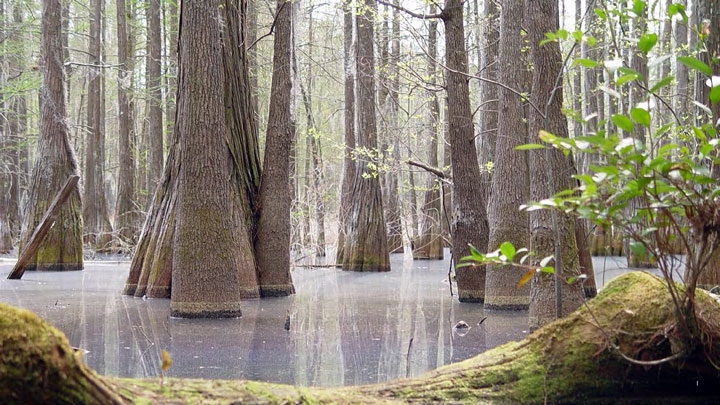 When photosynthesis rates increase, so do carbon absorption rates, she said.

William Andregg, an assistant professor of biology at the University of Utah and a research scholar at the Princeton Environmental Institute who is unaffiliated with the study, said the research is “very thorough,” but the model Barros’ team used did not account for enough variables.

“The study provides a nice illustration of how much the precipitation from tropical cyclones might matter for forest productivity in the Southeastern U.S.,” he said. “I think the net effect of these cyclones on carbon uptake, however, is still uncertain because the models used do not account for loss in leaves, branches, and whole-tree blow-down due to the cyclones.”

Andregg said it’s unclear how the team’s results apply to other regions of the globe that are routinely hit by hurricanes because carbon absorption rates depend on how rainy a tropical cyclone-prone region is and how its groundwater may be affected by drought. Typically wet tropical regions may benefit less from hurricanes, he said.

“As to how this fits with the broader literature on forest carbon storage and climate change, it is certainly a nice example highlighting some of the positive impacts of extreme events like tropical cyclones,” Anderegg said. “Still, without accounting for the negative impacts on carbon storage, it's hard to know what the net effect will be in future climates.”

You May Also Like:
New Milestone: Earth Sees 11 Record Hot Months in a Row
When the Rains Disappear: Drought Grips Pacific Islands