Say bye, bye, to chemicals that chill your frozen pie.

The U.S. is making it clear as ice that it intends to continue moving forward with efforts to clamp down on the use of hydrofluorocarbons, known as HFCs, which are chemicals that helped save the ozone layer — but have put the climate in jeopardy. 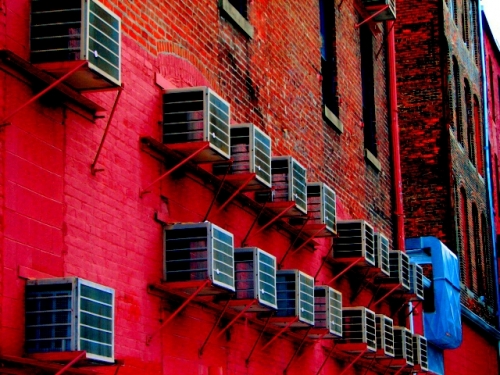 The chemicals were developed for use in fridges, air conditioning systems and other products after ozone-damaging chemicals used for cooling were effectively banned in the 1980s under the Montreal Protocol, an international environmental agreement. But as HFCs leak out of those appliances, they become greenhouse gases that trap thousands of times more heat than carbon dioxide.

Also on Tuesday, the White House announced that it had partnered with a long list of private companies and industry groups, including soda, manufacturing and retail giants, which will voluntarily reduce their HFC emissions using new technologies and improved practices.

HFC concentrations in the atmosphere are low, but they are “rapidly increasing,” said Ronald Prinn, a professor of atmospheric chemistry at MIT. “They are projected to grow very rapidly in the future if there are no regulations on them. Alternatives do exist.”

The Air Conditioning Heating & Refrigeration Institute, whose members include major coolant and commercial fridge manufacturers and suppliers, said it supports the EPA’s plans to roll out new rules that will help end the use of the climate-damaging chemicals. The institute’s members will continue to sell the same basic products — but they will be comprised of different chemicals. The institute says its members are spending billions of dollars on research and development to help find alternatives.

“We’re supportive of government stepping in where necessary to help move things forward,” said Stephen Yurek, the group’s president and CEO. “We just need to do this in a measured way, to make sure it can be done, and done safely.”

David Doniger, the policy director of the Natural Resources Defense Council’s climate program, said Tuesday’s announcements appeared timed to coincide with the leadup to next week’s U.N. Climate Summit. At the summit, governments will be asked to describe what they’re doing to slow down climate change. The announcements also come before President Obama meets with India’s new president, Narendra Modi. Under its previous government, India opposed efforts by a long list of other nations to update the Montreal Protocol to also restrict the use of HFCs.

“This is useful; to have it come before the Climate Summit,” Doniger said. “I think it’s a strong signal that the Administration is committed to the phase-down of these chemicals.”