LONDON – A fast-moving Arctic glacier which has earned a place in history is now accelerating even more quickly.

The Jakobshavn Isbrae (the Danish word for glacier) is a massive river of ice from the Greenland ice sheet to an Atlantic Ocean fjord and is thought – there is no way of proving this – to be the source of the giant iceberg that sank the Titanic in 1912. 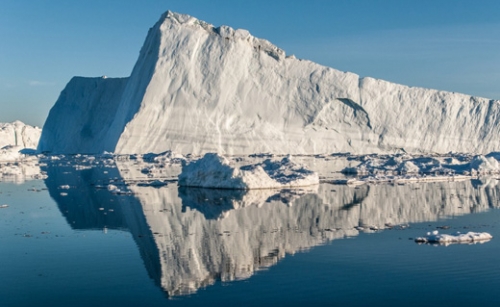 According to research published in the European Geosciences Union journal The Cryosphere, summer flow speeds have doubled yet again since a NASA measurement in 2003. And that in turn represented a doubling of flow speeds since 1997.

The Jakobshavn glacier is Greenland’s fastest-flowing glacier. It now moves at 17 kilometers (10.5 miles) a year. That works out at 46 meters (151 feet) a day. With accelerations like this, phrases like “glacial pace” may no longer serve as clichés of lethargic movement. These speeds are recorded in the summer, when all glaciers are more likely to be a bit friskier. But even when averaged over the whole year, the glacier’s flow has accelerated threefold since the 1990s.

Icebergs “calve” from glaciers – they break off and drift out to sea. The Arctic ice sheet is thinning, and most of the planet’s glaciers are retreating as climates warm, so the Jakobshavn glacier is carrying less ice, at a faster rate, over shorter distances than ever before, and by the end of the century could have shifted 50 kilometers (31 miles) upstream. But right now it is also contributing to sea level rise at a faster rate.

“We know that from 2000 to 2010 this glacier alone increased sea level by about 1mm,” said Ian Joughin, of the Polar Science Center at the University of Washington, who led the research. “With the additional speed it will likely contribute a bit more than this over the next decade.”

The scientists used satellite data to measure the rate of summer change in Greenland. But other satellite radar imagery has begun to reveal an ominous picture of change elsewhere in the Arctic, on the north slope of Alaska. Even during the winter months, ice on the lakes of Alaska has begun to decline. Warmer climate conditions means thinner cover on shallow lakes and a smaller fraction that freeze entirely during the winter months.

Cristina Surdu of the University of Waterloo in Canada and colleagues report in The Cryosphere that there has been a 22 percent fall in grounded ice – frozen from surface to lakebed – between 1991 and 2011. 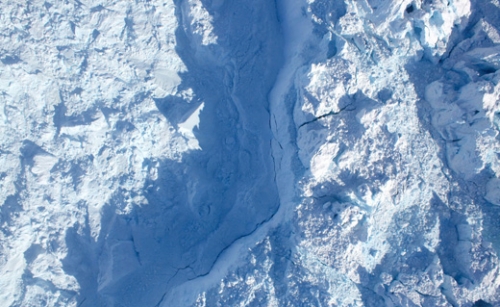 They expected to find a decline in ice thickness when they embarked on a study of radar observations of 402 lakes near Barrow in Alaska from the European earth resources satellites ERS-1 and ERS-2. That was because they already had temperature and precipitation records from Barrow dating back five decades.

Freeze dates in the region are now occurring on average six days later than in the past, and the ice is breaking up on average around 18 days earlier.

“At the end of the analysis, when looking at trend analysis results, we were stunned to observe such a dramatic ice decline during a period of only 20 years,” Surdu said.