Researchers developing new solar power technology are getting more than $100 million in grants from the federal government as a way to reduce the cost of solar power and expand access to low-carbon energy.

As part of the Obama administration’s Climate Action Plan, the U.S. Department of Energy on Wednesday announced $52 million in new funding to universities, corporations and national laboratories to find ways to reduce the cost of solar energy, and $50 million for solar photovoltaic technology research and development. 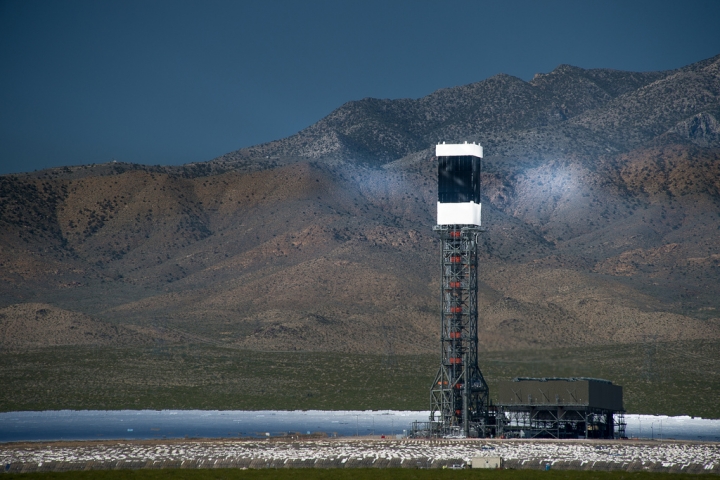 Renewable energy sources such as solar and wind power will help displace coal as a fuel for electric power generation. Electricity production is the largest single source of climate change-driving greenhouse gas emissions in the country, mainly because much of the U.S. power supply is based on coal-fired power plants.

If they are successful, the projects funded this week will contribute to the Energy Department’s goal of having nearly 30 percent of U.S. electric power produced by solar by 2050.

“Since President Obama took office, the total cost of a home solar energy system has fallen by nearly 50 percent, while solar deployment is up twenty-fold,” U.S. Energy Secretary Ernest Moniz said in a statement. “The projects announced today will help more communities nationwide reach the goals laid out in the Clean Power Plan, while ensuring that America continues to lead the world in clean energy innovation.”

Of the grants announced Wednesday, $32 million will be used on 14 projects researching how to improve the performance and efficiency of concentrating solar power plants, such as Abengoa Solar’s Solana solar plant in Arizona, which uses mirrors to concentrate reflected sunlight on a central point and then stores that energy in molten salt.

One of those projects is a new thermal energy storage system being developed by Argonne National Laboratory in Illinois. It would boost the amount of energy that concentrated solar plants are able to store, so solar power can be used when the sun isn’t shining. The project will use new highly conductive materials to make concentrating solar plants more efficient.

Other solar research projects funded by the Energy Department will find ways to improve photovoltaic performance and reliability and reduce the cost of solar photovoltaic panels, which are already rapidly becoming less expensive. 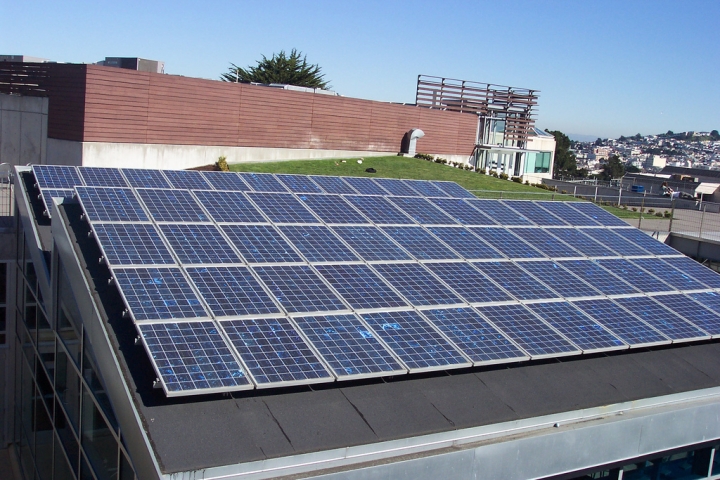 A rooftop solar installation atop a school in California.
Credit: mjmonty/flickr

An additional $7 million is being spent on researching ways to slow solar panel deterioration over time, and $13 million will be used for pushing local officials across the country to make it easier for utilities and homes to generate their own solar power.

To accomplish that, the Energy Department has set up a competition called the SunShot Prize to find a way to reduce the time it takes to construct solar power projects by 75 percent — from 30 days to 7 days. Five teams representing solar firms nationwide were selected to compete.

One of those is an alliance of energy companies in California that will design small interconnected rooftop solar installations in the city of Livermore. Pacific Gas and Electric, one one of the team’s members, installs more than 5,000 rooftop solar systems per month.

PG&E spokeswoman Laurie Giammona said in a statement that the company has more than 180,000 customers with solar panels installed on their roofs, and faster, more efficient solar panel installation will streamline the process so that more homes can be outfitted with solar.

“Rooftop solar can grow even faster across America if we can improve local permitting and interconnection,” said Nick Armstrong, regional vice president for SolarCity, a rooftop solar panel installation company.

You May Also Like:
Warming Casts Shadow Over Oil Leasing on Public Lands
From Katrina, an ‘Amazing’ Decade of Climate Research
10 Years Later: Was Warming to Blame for Katrina?