LE BOURGET, France — Following the release of a new and streamlined draft climate pact late Thursday, United Nations negotiators were aiming to finalize a deal on Friday that would strive to limit warming to a level that once seemed unthinkable. 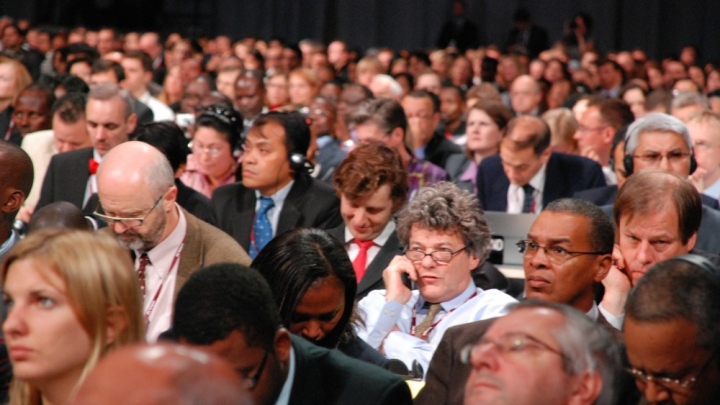 Uncertainty lingered in the latest draft on key issues, including issues of financing for poorer countries, and on how an agreement would differently affect richer and poorer nations. But consensus appeared to growing on what once had been stubborn divides.

“We are extremely close to the finishing line,” said the president of the negotiations, French foreign minister Laurent Fabius, before the 27-page draft was handed to delegates from nearly 200 nations. “It’s time to come to an agreement.”

It seems almost certain now that the final agreement will compel nations to strive to limit global temperature increases to less than 1.5°C (2.7°F) compared with preindustrial times, alongside a firmer goal of keeping warming “well below” 2°C (3.6°F).

That highly ambitious target had once seemed unlikely to be included. Global temperatures have already risen by 1°C (1.8°F), triggering floods and worsening deadly heatwaves and wildfire risks.

Fabius asked the delegates to negotiate behind closed doors on Thursday evening, and he said he would release a new draft on Friday based on their feedback and compromises — one that he hoped would be the final version.

Although the latest draft was just two pages shorter than the previous one, which had been released a day prior, it substantially cut back on different options being considered.

“The text yesterday vs. today, really, there’s a lot of movement,” said Nathaniel Keohane of the Environmental Defense Fund. “There’s a huge amount of work to be done, there’s no question about that.”

Contents of the new draft raised the specter that a “loss and damage” mechanism, which would see developed countries help poorer ones recover from crises triggered by climate change, would be diminished. That would be a victory for wealthier countries.

In a potential victory for poorer countries, the latest draft suggests that wealthier ones are prepared to commit to clarifying how they will provide $100 billion a year to poorer countries to help deploy clean energy and adapt to the changing climate.

“We think that there are a number of improvements; of good elements in there,” said Sven Harmeling, a climate change official with CARE International, which advocates for impoverished nations and communities. “On finance, it’s a mixed picture.”

You May Also Like:
U.S. Government’s Energy Use Hits 40-Year Low
Autumn Was Warmest on Record For Lower 48
Here’s How Much U.S. Summers Have Warmed Since 1970
Europe, U.S. Poised to Resolve Key Climate Discord