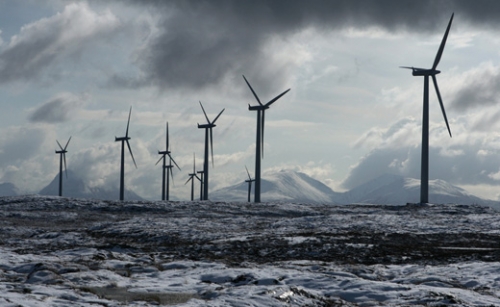 Smøla Wind Farm is a 68 turbine wind farm located on the island of Smøla in Norway. Researchers say energy from surplus wind power will provide “battery” power to even out energy supply & demand. Credit: Flickr/Statkraft

With both on- and off-shore wind power being seen as key to reducing the EU’s carbon emissions by 80-95 percent by 2050, a big hurdle for the technology is solving the problem of intermittent power production. Sometimes there will be too much power on offer, and at others too little.

A northern European offshore power grid is being developed to link wind farms and carry the electricity to population centers where it is needed in Sweden, Denmark and Germany. But the key problem remains how to maintain a regular supply of energy.

If the existing Norwegian hydropower schemes were refurbished and updated and connected to the same grid they could act as a giant “blue-green battery” for the system and provide all the necessary backup power, according to SINTEF.

The potential for wind power in northern Europe is huge. There are already 3.8 gigawatts of installed wind power, replacing four coal-fired power plants. According to the European Union this is expected to rise to 150 gigawatts between 2030 and 2050, the equivalent of 150 medium-sized coal-fired power stations.

Although there are always variations in wind speed, clever use of the grid system, linking to other renewables like biogas and other back-up gas stations, evens up supply. One way of dealing with electricity surpluses, for example from nuclear power stations that have to run 24 hours a day and produce power at night that no-one needs, is to use the electricity to pump water uphill into reservoirs. This water can be released and used for hydropower during daytime peaks. This system is called pumped storage.

This is exactly SINTEF’s idea, but on a larger scale. Norwegian reservoirs could be constantly recharged with water delivered by electricity generated by surplus wind power, with the water power used as a “green” battery in times of shortage.

“If this large wind project is to succeed, we must secure stable electricity supplies”, says Daniel Huertas-Hernando at SINTEF. “Today, forecasts of wind velocities provide the only information which gives us any indication of power generation levels from wind farms for the next 24 hours.

“If these prognoses turn out to be wrong, or if bad weather makes generation from the turbines impossible, we will need an effective stand-by source which can fill the energy supply gap at short notice. 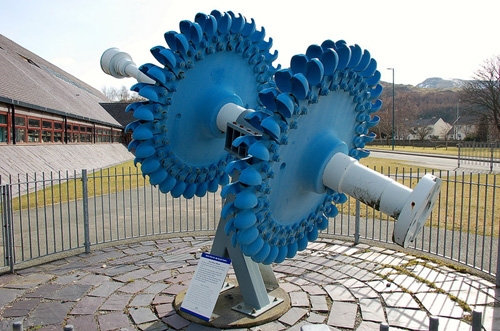 “This is exactly what Norwegian hydropower can do, because it makes it possible to store energy which can then be released on tap as and when it is needed,” he said.

By refurbishing existing plants and installing pump storage, the research shows, the potential of Norwegian hydropower plants could be increased by between 11 and 18 gigawatts, enough to provide adequate backup.

The next question the researchers are looking at is how to integrate all this into the European grid so that the system is cost-effective. An EU project called Twenties is looking at large-scale stable renewable energy for the EU.

Some renewables like solar, which are also intermittent, pose less of a problem because peak production is around mid-day when energy use is at its highest. This has already led to peak wholesale prices being reduced in countries like Germany and Italy where there are large-scale solar installations.

Wind is less predictable. The problem is to work out how best to use the output to even out production peaks and troughs before final decisions on a distribution network are taken.

There are already grid connections between countries, for example to export surplus nuclear power from France to Germany, Italy and the UK. Surplus wind power from Denmark is exported, and Norway can sometimes offer spare hydropower.

“So far the only power cables we have extending directly between different countries are the so-called ‘cross-border trading cables,’” says Huertas-Hernando. He says what is needed is a grid development strategy across Europe to even out supply and demand.

“Since grid construction takes such a long time, it’s important to find the answer to this question now, so that we can plan in time,” he said.