Geoengineering Faces Dilemma: Experiment or Not?

In May, a team of British scientists abruptly canceled an experiment they had been planning for nearly two years. The Stratospheric Particle Experiment for Climate Engineering, or SPICE, was intended to test ways of injecting tiny particles of sulfur dioxide into the upper atmosphere, with the eventual goal of filtering out sunlight to cool the Earth in the face of global warming. The main reason given for the cancellation was a potential patent dispute over some of the technology involved.

But a second reason, according to the project’s lead investigator, Matthew Watson, of the University of Bristol, was the fact that there’s no international agreement on whether, and under what circumstances, such experiments should happen. That being the case, he told Nature, it would be “somewhat premature” to go forward.

In fact, the entire field of geoengineering — a set of technologies that is aimed to try and combat rising temperatures by artificially cooling the planet, among other things — is highly controversial. That applies especially strongly to so-called solar radiation management, or SRM, the sun-shielding technique most scientists, including the SPICE team, have been talking about. (It’s also known as the Pinatubo Option: when Mt. Pinatubo erupted in 1991, it spewed particles of natural sulfur dioxide that lowered global temperatures slightly for months.)

One argument against geoengineering is that it does nothing to address the greenhouse-gas emissions that cause warming in the first place, and that the existence of such a backup plan would suck the energy out of efforts to control those emissions. Another is the law of unintended consequences, which dictates that the best-intentioned ideas can sometimes backfire.

The potential issues are so great, in fact, that scientists met in 2010 to discuss voluntary guidelines for geoengineering experiments, while policymakers have called on the U.N. to issue regulations.

The scientists haven’t gotten anywhere on their guidelines however, and with no international agreement on the horizon, geoengineering experts are divided on how to proceed.

It’s impossible to understand how geoengineering will play out without some sort of field testing, but scientists disagree on whether those tests should even take place.

Rutgers University’s Alan Robock, for example, thinks that field tests in the absence of regulation are a bad idea. “Outdoor geoengineering research . . . ” he wrote in a 2012 paper, “. . . is not ethical unless subject to governance that protects society from potential environmental dangers.”

According to Robock, the only tests that should be happening now are within the electronic confines of computer models — something that’s currently going on in Robock’s own Geoengineering Model Intercomparison Project, which looks at how geoengineering plays out in different climate simulations.

One effect that seems to emerge from the climate models is that shading the Sun could disrupt global rainfall patterns. Another is that particles in the stratosphere can lead to ozone loss.

But other scientists argue that simulations can only provide so much information. “Theory breeds extremism,” said Harvard’s David Keith in a phone interview, “and at the moment, geoengineering is all theory.” 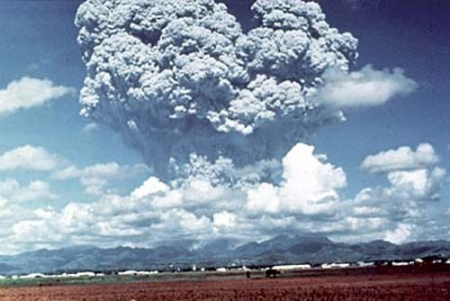 Keith said it’s likely that the experiments won’t work as well as their advocates claim, and won’t be as damaging as their opponents fear. “Doing a few responsible experiments will help clarify things,” he said.

Of course, Keith is in the pro-testing camp and, in fact, is in the early stages of planning just such an experiment, along with his Harvard colleague, Jim Anderson. It will look not at the effects of sun-dimming particles themselves, but at the combined effects of water vapor and natural sulfur dioxide on stratospheric ozone — a potential danger that has only recently emerged.

The experiment will also test methods that can be used to deliver sulfur dioxide directly to the atmosphere, however, so it falls squarely within the zone of controversy.

Keith insists he and his colleagues wouldn’t just go out and do the test without oversight. “Some reports have implied that we’d be doing this with funding from Bill Gates,” Keith said, “but if we go ahead, we’ll be mostly publicly funded.”

Keith said he believes that will help ensure that the project is done responsibly. “Let’s say we did it through NASA, or the National Science Foundation,” he said. “We’d have to convince them it was safe to do. We might also have to go through EPA.”

The actual risks of his proposed experiment are “objectively zero,” Keith said, “and any normal scientist would agree. But I believe that independent authorities should make that judgment.”

Of course, not every country has a NASA or an EPA, raising concerns that a country such as China or India might go ahead in a less responsible way — not just with experiments, but with a full-blown attempt to regulate the planet’s temperature.

“If you could do geoengineering,” Robock said, “how much cooling should you do? And whose hand is on the thermostat?”

Worse, what if a mega-billionaire decided, all on his or her own, that the planet needed saving and that solar radiation management would be the way to do it? Without international oversight, who could stop it?

That’s the wrong question, according to Nathan Myhrvold, a physicist, former Microsoft executive and barbecue champion. The concept behind lofting sulfur dioxide into the stratosphere is simple, but the execution isn’t necessarily.

“No part of the developed world is making any serious effort to do this at this point,” Myhrvold said in an interview, “and no developing country is either.”

It would take years to ramp up such efforts, even for an eccentric billionaire, giving other nations plenty of time to apply moral and economic pressure to make it stop.

Pressure, say Myhrvold and others, that would be just as effective as finger-wagging from the U.N.

What Keith would like to see is some unity among responsible governments on how to move forward. “Short of a full-fledged treaty,” he said, “one could manage the concerns by having small group of major nations — the G20, for example —articulate the fundamental right to do experiments, but say at the same time that they won’t do it without approval from some responsible bodies.”

Keith thinks statements like that would make it clear what’s internationally acceptable, and would also take immediate implementation of geoengineering off the table, making it OK for small-scale experiments to move forward.

“My concern is in the other direction,” said Ken Caldeira, a climate scientist at Stanford. “I’m less worried about rogue experiments than I am that useful experiments won’t happen.”

At the moment, Caldeira said he’s counseling his colleagues not to move forward because it’s politically unwise. “It’s unnecessarily provocative, and could lead to irrational overreaction.”

But without any experiments at all, the world could find itself in a very difficult place a few decades down the road.

“I continue to think geoengineering is not only a possible option,” Myhrvold said, “but that every day that goes by makes it more likely. I haven’t seen any progress on reducing emissions. If you’re doing nothing about the problem, you’re going to have to live with the impact, take it on the chin. Geoengineering is how you might avoid that.