Pull your car into a New Jersey filling station, and the low prices might give you a shock at the pump.

Gasoline was less than $2.90 per gallon at many stations in the Garden State this week. So, compared to a year ago when regular unleaded in New Jersey averaged about $3.20 a gallon and $3.62 across the Hudson River in New York, gasoline is cheap. 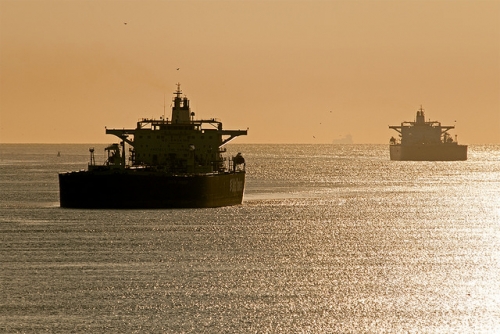 That kind of a break at the pump comes courtesy of crude oil prices that have plunged from more than $105 in July to about $85 today because of a weak global economy and ample crude oil production both in the U.S. and worldwide.

Low crude oil and gasoline prices, along with how changing global oil markets affect both of those, have a direct effect on greenhouse gas emissions and climate change.

The cheaper gasoline is, the more people drive and use fuel, leading to more and more greenhouse gas emissions.

There are economic benefits to that, especially if it means, for example, that it costs less to transport goods across the country. But with the increased oil consumption, the climate suffers.

“People who think that you can get large economic benefits by pushing down oil prices but not have substantial climate costs are mostly kidding themselves,” said Michael Levi, a senior fellow for energy and the environment at the Council on Foreign Relations. “These are two things that go together.”

Why have oil prices dropped so quickly?

Demand for oil in China and Europe has dropped because of economic woes in those regions and the U.S. is producing a lot of its oil domestically. Thanks to the shale oil drilling and production frenzy in North Dakota and Texas, U.S. crude oil imports are the lowest they’ve been in more than 14 years.

Gasoline prices follow tumbling international crude oil prices, leading to the lower cost of a gallon of gasoline at the pump today.

But as for how that impacts greenhouse gas emissions, a few months of low gasoline prices aren’t likely to inspire people to rush out to buy gas guzzling SUVs right away, and energy companies aren’t likely to make any major decisions about expanding or cutting back oil exploration and production.

“Short-term price fluctuations don’t have a large impact on the kind of greenhouse gas numbers that matter,” Levi said.

Low oil prices that remain stable are what drive increased demand for oil — and which in turn could then have a bigger role in emissions, said Peter Erickson, senior scientist at the Stockholm Environment Institute in Seattle.

One of the things that could affect the long-term stability of oil prices and whether they are high or low is the fate of restrictions on U.S. crude oil exports put in place in 1975 in response to the Arab oil embargo.

A new U.S. Government Accountability Office (GAO) report examining what might happen if the U.S. crude oil export ban were to be lifted says global greenhouse gas emissions could increase and the environment could suffer if U.S. oil could be exported overseas.

“It will encourage extra (oil and gas) development,” said Charles Mason, a petroleum economist at the University of Wyoming whose research for the group Resources for the Future was cited in the GAO report. “You’re going to have local (oil) producers get a higher price. That higher price will encourage keeping projects going a little bit longer that might otherwise have been shut in.” 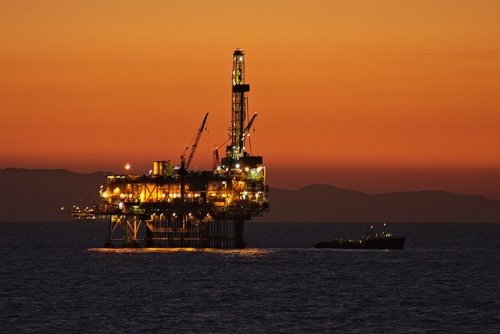 Oil drilling off the coast of California.
Credit: cclark395/flickr

Though the GAO reports that exporting U.S. crude would mean more domestic crude oil development and production, it may not amount to much in terms of CO2 emissions.

The federal government has taken no action on lifting the crude oil export restrictions, and with oil prices still dropping, experts have conflicting opinions about where crude oil prices are headed next.

If those economies don’t improve, oil prices will stay low.

“Lots of factors have suggested that demand was much weaker than maybe what the industry had been planning for,” said said Andrew Logan, director of the oil program at Ceres, a nonprofit group focusing on sustainability in business. “I don’t see prices going back to consistent highs anytime soon. The picture seems like it’s going to get worse going forward.”

This may be the beginning of a new era of volatility in crude oil prices after years of stability, he said.

“You go back 10 years and the consensus was that higher oil prices were what we all wanted to see,” he said. “We’re not going back to triple digits. It recalibrates the scope of the shale (oil) boom in the U.S. Shale is not going away, but it may become a smaller piece of the pie for better or worse.”

And that means the U.S. may be entering a new era of uncertainty both in the shale oil and gas fields and at the gas pump. Stay tuned.

You May Also Like:
Hot News: 2014 On Track to Become Warmest Year
Climate Change Takes Center Stage on Instagram
Jack Frost Not Exactly Nipping at Your Nose
Tornado Days Decreasing, but Number Per Day Rising