Thousands of dams, levees, hurricane barriers and flood walls built across the country by the U.S. Army Corps of Engineers may be at risk from extreme weather and sea level rise driven by climate change, but the Army Corps has only just begun to assess how vulnerable they are and suffers from a lack of funding, according to a U.S. Government Accountability Office report.

The Army Corps may not be the most prominent of federal government agencies, but the dams, levees and other infrastructure it builds, critical to the lives of millions, can be seen everywhere across the United States, often keeping rising waters away from low-lying communities. 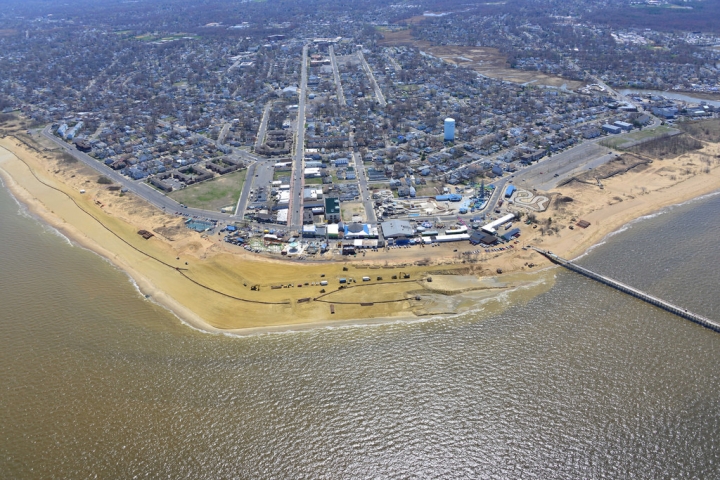 But the GAO concludes that many Army Corps projects — most of them built more than 50 years ago — are highly vulnerable to extreme weather and sea level rise brought about by climate change. Many coastal areas are expected to see between two and seven feet of sea level rise by the end of the century, and the Army Corps doesn’t know if many of its projects could fail in a warming world. New projects, however, are required to be built with climate change adaptation in mind.

The report says that while the Army Corps has conducted risk assessments on many of its dams and levees, it has not done so for hurricane barriers and flood walls, in part because federal law does not require it to do so.

The Army Corps has assessed the risk posed by climate change to 706 of its 707 dams and 1,232 of its 2,887 levees nationwide. It also has conducted some preliminary studies of how some coastal projects will be affected by sea level rise, but not on a national scale. It has yet to complete a full inventory of the other infrastructure it is responsible for, and has not yet assessed how it will be affected by climate change.

The Army Corps declined to comment on the report.

Cynthia Rosenzweig, a senior research scientist at NASA’s Goddard Institute for Space Studies at Columbia University and the co-chair of the New York City Panel on Climate Change, called the GAO study a “very important report” because it shows that the Army Corps has made progress on adapting critical infrastructure to a changing climate, but there is much work to do.

“The Army Corps has certainly made initial efforts and has done a lot so far, but clearly the scope of the challenge is very large,” she said.

The agency’s initial study of the climate vulnerability of 1,431 coastal hurricane barriers, flood gates and other projects showed that 944 of them may be able to withstand expected sea level rise over the next century. Nearly 400 would see some low or moderate impact from sea level rise, and 94 are considered highly vulnerable. The GAO said the Army Corps is prioritizing those projects, but the agency doesn’t know when it will make improvements on them.

In its 2009 climate risk study of its dams, the Army Corps classified 100 of them as being at high risk of failure during floods and other extreme weather, with the vulnerability of 219 more considered of “moderate urgency.” Shoring up those dams would cost more than $23 billion, but since 2009, Congress has provided the Army Corps with only $2.5 billion to make modifications on 15 of those dams, according to the GAO.

The Army Corps has studied the vulnerability to climate change of less than half of the nearly 15,000 miles of levees it manages. But of those that it has examined, only a small fraction are considered in urgent need of rehabilitation. However, no improvements have been made to any of them because the agency is still conducting its risk assessment.

The Army Corps is not studying how climate change will affect flood walls and hurricane barriers on a national scale. It does, however, conduct risk assessments after a hurricane or other extreme weather has hit an area, such as in the Northeast following Hurricane Sandy. 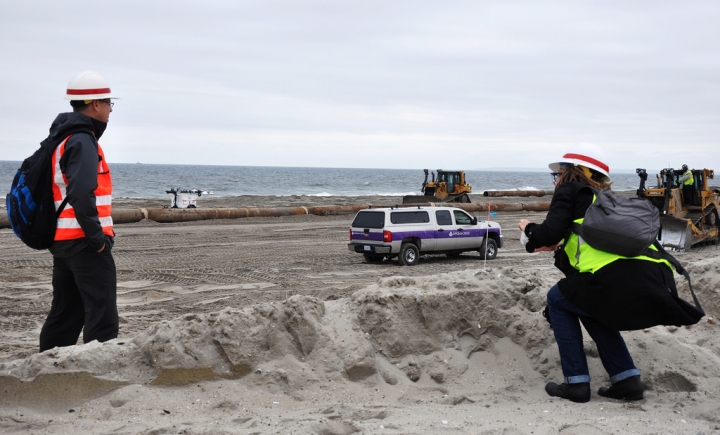 Rosenzweig said the climate-related risks to Army Corps projects are so broad and pervasive, adapting them for climate change requires a sustained long-term effort nationwide across all levels of government. Funding streams should be continued over the long term because of the increasing risks, she said.

“It’s not a one-off-solution problem,” she said.

“As the frequency and intensity of some extreme weather events are increasing, without performing systematic, national assessments on other types of infrastructure, such as hurricane barriers and floodwalls, the Corps will continue to take a piecemeal approach to assessing risk on such infrastructure,” the GAO concluded.