LONDON — The discovery at the plant of a leak of radioactive caesium eight times more dangerous than the levels immediately after the Fukushima accident in March 2011 has aroused international concern that Japan is incapable of containing the aftermath of the accident.

A Chinese statement expressed shock at the news and urged Japan to be more open about the problem. This prompted Japan’s Nuclear Regulation Authority to upgrade the leak from a level one incident, “an anomaly”, to a level three: “a serious incident.” 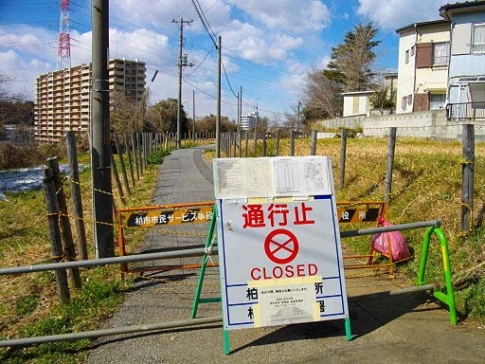 At the same time last week the Authority chairman, Shunichi Tanaka, said: “Mishaps keep happening one after the other.” His staff, he said, were trying to prevent the leak becoming “a fatal or serious accident”.

The latest leakage is so contaminating that a person standing close to a puddle of the water for an hour would receive five times the annual recommended radiation limit for nuclear workers.

As with previous leaks, the Tokyo Electric Power Co, Tepco, responsible for the plant, is pumping the contaminated water into storage tanks. This is acknowledged to be only a temporary solution, since there are already hundreds of full storage tanks on the site. These contain contaminated water used to cool the cores of the melted-down reactors. Some have already leaked and need stronger replacements.

The cause of the latest leak is still not clear and there are concerns about the continuing contamination of the Pacific Ocean, where local fishing is suspended because of radioactivity in the water.

The hope expressed in the aftermath of the disaster in 2011 that the plant would be safe and all problems under control within a year was clearly wildly over-optimistic. The knock-on effects are becoming clear — the number of thyroid cancers in children in the area is increasing, for example — and the chances of people returning to the contaminated area are vanishingly small.

After the latest news South Korea’s Asiana Airlines was reported to have cancelled four charter flights between Seoul and Fukushima in October because of public concerns over the radioactive water leaks.

The city, around 60 kms (37 miles) from the nuclear facility and with a population of some 284,000, is a popular destination for golfers and tourists visiting nearby local hot springs and lakes. 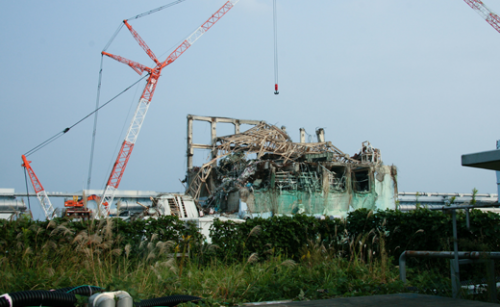 On August 24, an editorial in the South Korean newspaper JoongAn Daily, headed “Tokyo lacks any sense of urgency”, said: “Leakage from the Fukushima nuclear complex . . . is ballooning into a catastrophic disaster.”

If anything, the future consequences of Fukushima for Japan are more serious than for the countries still suffering from the aftermath of the Chernobyl accident in Ukraine in 1986.

There the 30 km (18.6 mile) exclusion zone round the plant is still in force, and the ruined reactor has still not been made safe. The current international effort is aimed at placing a giant concrete shield over the reactor at a cost of around $1.5 billion. That work is not expected to be complete for another two years — until 30 years after the disaster.

The International Atomic Energy Agency team that looked at Fukushima and the problems of making the plant safe said in April that Japan may need longer than the projected 40 years to decommission the wrecked plants.

Tepco, which offered the 40-year timetable, has admitted it does not yet have the technology to achieve it. Radiation levels are so high that for any human to try to tackle the melted-down reactors would be lethal. Robots to carry out the work need to be developed, and meanwhile the reactors must be kept cool and plants kept safe and stable.

One almost forgotten reactor core meltdown that happened in 1957 gives a clue to how long the Japanese problem may persist. This was a fire in a reactor at Windscale in Cumbria in the UK — small by comparison with both Chernobyl and Fukushima.

It was one of the two reactors producing plutonium for the British nuclear weapons programme. It caught fire and part of the core melted. Fifty-six years later, the reactor still has to be constantly monitored and guarded.

Several plans have been developed to dismantle the core and decommission it. But all have been abandoned, because it is considered too dangerous to tamper with. Although the UK’s nuclear expertise is arguably as good as Japan’s, the problem remains unresolved.

The reactor building is among the abandoned relics of Britain’s 1950s nuclear arms race, sitting behind barbed wire at the now renamed Sellafield site.

The Fukushima accident left Japan with three much larger reactor meltdowns. There is a long way to go.