LONDON – You don’t have to be a sophisticated scientist equipped with all the latest gizmos in order to work out just how effective a particular forest is as a carbon sink, a critical way of soaking up greenhouse gases. 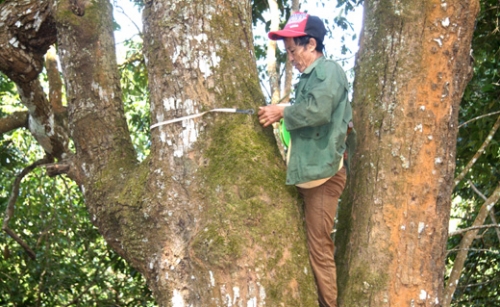 The study shows that people on the spot, such as this man in China, can do as good a job of carbon measuring as scientists with hi-tech measuring instruments.
Credit: Michael Køie Poulsen, Nordeco via Climate News Network

The job, researchers believe, can be done just as accurately by the people who live in the forests, most of whom probably have neither modern instruments nor scientific training.

And the forests themselves will probably gain as well, because the local people will have more reason to feel they are buying into the trees’ conservation and so will have an incentive to protect them and work with conservationists from outside the forests.

The study, Community Monitoring for REDD+: International Promises and Field Realities, was published in a special issue of the journal Ecology and Society and was carried out by researchers at the Nairobi-based World Agroforestry Center (ICRAF) and colleagues from Europe and south-east Asia.

It is on the agenda at the Oslo Redd Exchange, which aims to improve the workings of the UN’s Redd+ program (Reducing Emissions from Deforestation and Forest Degradation).

The team studied some of south-east Asia’s most complex, carbon-rich forests: lowland forest in Indonesia, mountain rainforest in China and monsoon forest in Laos and Vietnam.

They report that they found that local communities – using simple tools like ropes and sticks – could produce forest carbon data on a par with the results obtained by professional foresters using high-tech devices.

The UN says its Redd+ projects must ensure local communities’ “full and effective participation.” But the study found that nearly half of official Redd+ projects, which depend on the accurate measurement of carbon stored in the forests, do not engage communities in this data gathering.

Finn Danielsen, the study’s lead author and senior ecologist at the Nordic Foundation for Environment and Development in Copenhagen, Denmark, says: “Saving the world’s forests requires us to close the massive gulf between international promises and realities on the ground.”

“Our research shows that if more Redd+ projects were to include community monitoring, we would see a more just global effort to fight climate change that meaningfully incorporates insight from people who depend on forests for everything from their incomes to their food – and are eager to protect these precious natural resources as a result.” 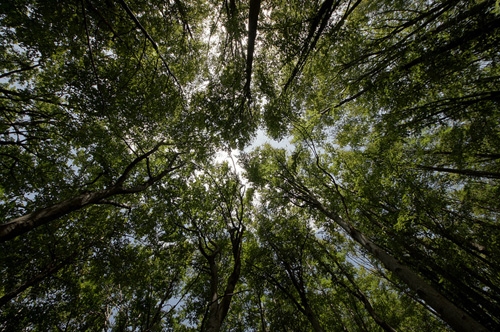 To establish whether forest dwellers could provide accurate monitoring of above-ground forest carbon stocks, the researchers trained community members in simple measuring techniques and sent them to 289 forest plots to measure the trees’ number, girth and biomass per hectare (2.47 acres). They then compared the community measurements with those gathered by professional foresters using handheld computers and other elaborate aids.The community monitoring was done with some basic equipment, apart from GPS devices: measuring tapes, ropes marked at intervals, paint and pencils.

The researchers say: “The results showed strikingly similar results between community members and professional foresters across countries and forest types.

“This corroborates a small but growing body of research suggesting that, when armed with the simplest of techniques and equipment, community members with limited education can accurately monitor forest biomass – previously thought to be the domain of highly-trained professionals.” They say the community data also met the standards of the UN’s Intergovernmental Panel on Climate Change.

Subekti Rahayu, an analyst at ICRAF who conducted fieldwork for the study, says: “We’re convinced that engaging communities is ultimately the most cost-effective approach. The small extra cost would be largely offset by its benefits to both local people – who would earn wages and gain training from these activities – and larger global efforts to address climate change.”