A flurry of coal-fired power plants — major sources of climate change-fueling carbon dioxide emissions — could be closed by 2016, according to U.S. Energy Information Administration forecasts.

New emissions regulations and low natural gas prices, partly because of the fracking boom throughout the U.S., are leading utilities to shut down coal-fired power plants and open new ones that burn natural gas. With new Environmental Protection Agency emissions standards limiting mercury, acid gases and toxic metals from coal-fired power plants taking effect in 2015, there is even more impetus for utilities to retire older coal plants, according to the EIA. 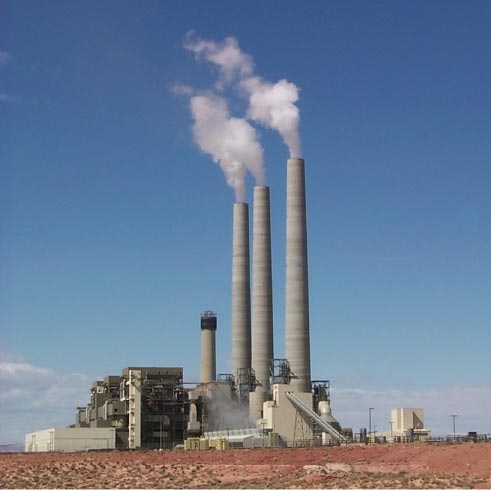 Utilities may decide to shutter a coal-fired power plant if coal prices, wholesale electricity prices and the costs of installing scrubbers do not make economic sense, according to the EIA.

Coal has also been losing market share to natural gas for electric power generation in recent years. Few coal-fired power plants are under construction, and there is little expectation that any new coal plants will be built even without new regulations, Dallas Burtraw, senior fellow at natural resources policy think tank Resources for the Future, said last year.

The EIA is expecting utilities to shutter more coal-fired power plants this decade than utilities have officially reported because of the tough economics of coal and the new federal emissions regulations. The EIA can’t say exactly how many coal plants it expects to close in the coming years because the plants vary dramatically in size, but the EIA is projecting 60 gigawatts of coal power plant capacity will be retired by 2020. That's enough electric generating capacity to power about 27 million homes. 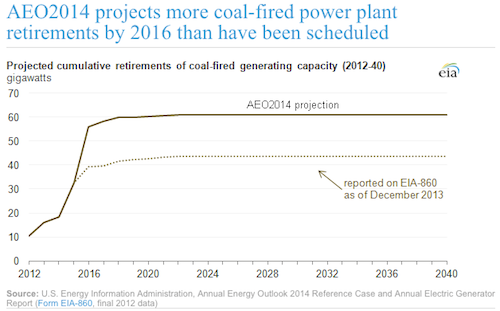 At the end of 2012, there were 1,308 coal-fired power generating units spread across 557 power plant sites in the U.S. with the total capacity to generate 310 gigawatts of electricity. That year, 10.2 gigawatts of coal-fired capacity were retired, or 3.2 percent of 2011 capacity. Most of the plants that were taken offline in 2010, 2011 and 2012 were small, averaging 97 megawatts each, EIA data show.

The agency expects long-term pressure on coal plants to ease after 2020.