Europe Whets Appetite for Coal as U.S. Eschews It

Natural gas is proving to be a significant challenger to the dominance of coal in the U.S., but not necessarily overseas, according to two new Energy Information Administration (EIA) reports. 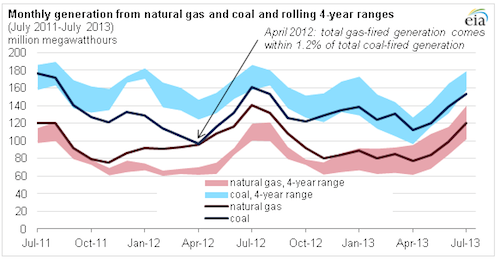 Both proposed emission standards are part of the Obama administration’s Climate Action Plan, which has been criticized by industry as a “war on coal.”

The EIA reports paint a complex picture for coal in the U.S., strongly suggesting that, for now, use of natural gas for generating electricity is generally increasing, but the opposite is occuring in Europe. The first report shows that rising coal exports to Europe are helping nations there reduce their consumption of natural gas and increase their burning of coal for electricity.

“In contrast to the United States, natural gas consumption in OECD-Europe has been generally declining since 2011, and coal consumption has been generally increasing,” the EIA report said. “A confluence of supply and demand factors, in both the natural gas and coal markets, as well as other economic constraints, have contributed to this phenomenon.”

Such a favorable position for coal in Europe is partly thanks to the Fukushima nuclear power plant disaster in Japan, which prompted Germany to retire eight nuclear power plants there and use coal and renewables instead, according to the EIA.

At the same time, low natural gas prices in the U.S. have made coal less competitive as a fuel for the production of electricity. U.S. coal exports are inexpensive and an attractive fuel for European utilities, the EIA report says. 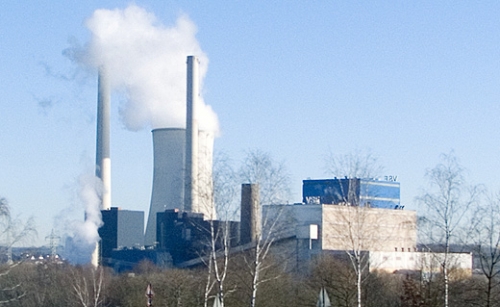 A coal-fired plant in southern Germany. Exports of coal to Europe are increasing, and with that, the consumption of natural gas there has decreased.
Credit: flickr/Ben Brooks

The other EIA report shows that as U.S. natural gas prices hit a low point in 2012, natural gas enjoyed an equal share of U.S. electricity generation with coal that April.

William Fleckenstein, petroleum engineering professor at the Colorado School of Mines, said he is convinced the primary drivers for the use of natural gas are emissions regulations being placed on coal-fired power plants as a way to reduce overall U.S. greenhouse gas emissions to slow climate change.

The EIA reports suggest that at least some of that coal burning that would have occurred in the U.S. is merely being displaced as Europe imports more American coal and gains a new appetite for electricity generated from coal.