More wind turbines and solar power plants could be coming to vast tracts of public lands in the West if the Obama administration finalizes a new rule this fall aiming to streamline how federal lands can be developed for renewable energy.

But the rule, hailed by environmental groups and the Obama administration as way to fast-track zero-carbon wind and solar projects on federal lands, is being criticized by the renewables industry, which says it won’t do enough to reduce the cost of developing renewables on public lands. 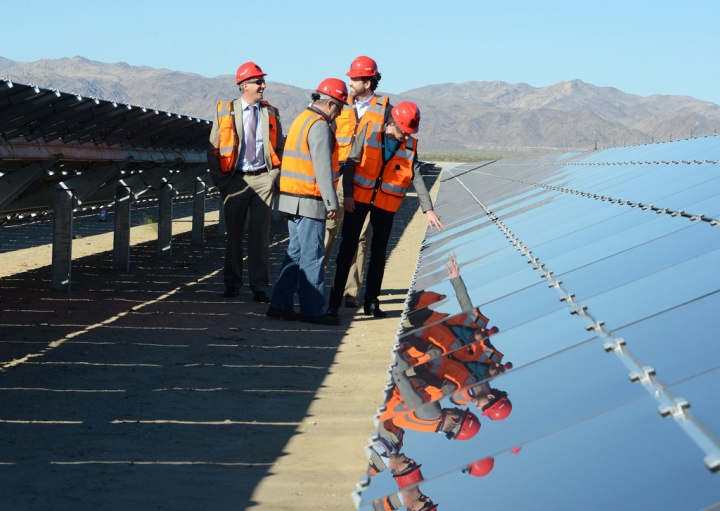 The federal Bureau of Land Management’s wind and solar leasing rule, first proposed in 2014, is expected to be finalized by the end of October and will create a competitive bidding process to build renewables on federal lands.

The rule is part of the Obama administration’s Climate Action Plan, which seeks to cut U.S. greenhouse gases in part by developing 10 gigawatts of renewable energy on federal land by 2020, or enough electricity to power nearly 5 million homes. Renewables development is critical to keeping global warming from exceeding 2°C (3.6°F) as required under the Paris Climate Agreement.

Helen O’Shea, the western renewable energy project director for the Natural Resources Defense Council in San Francisco, said the main benefit of the rule is to modernize the wind and solar project permitting process so that the typical years-long environmental review process for new projects on public land can be shaved down to one year or less.

Most renewables, especially wind farms, have been built on private land across the U.S., where there are fewer regulations governing development and construction permits can be easier to obtain.

“The proposed rule would promote the use of preferred areas for solar and wind energy development,” BLM spokeswoman Kimberly Brubeck said.

O’Shea pointed to a solar energy project in Nevada in the Dry Lake Solar Energy Zone near Las Vegas that was permitted in about a year as an example of how quickly wind and solar projects on other public lands could be approved. The project was approved within one of 19 solar energy zones which the BLM designated throughout the Southwest as part of its separate Solar Energy Program.

“The rule is a key piece of helping us build the clean energy we need in the right places in a timeline that is going to help us fight climate change,” O’Shea said.

But the wind and solar industries are not convinced.

“We support the intent of the rule — the rule was to develop more renewable energy on public lands,” said Gene Grace, senior counsel for the American Wind Energy Association.

But he said wind developers are concerned about increased fees they will have to pay to the federal government for building wind farms on public lands. Those include a fee the BLM will charge based on a wind farm’s electric power generation capacity, not the actual amount of electricity a wind farm produces.

And, the BLM has yet to designate its preferred areas for wind and solar projects, keeping the wind farm development process slow for the time being, he said. 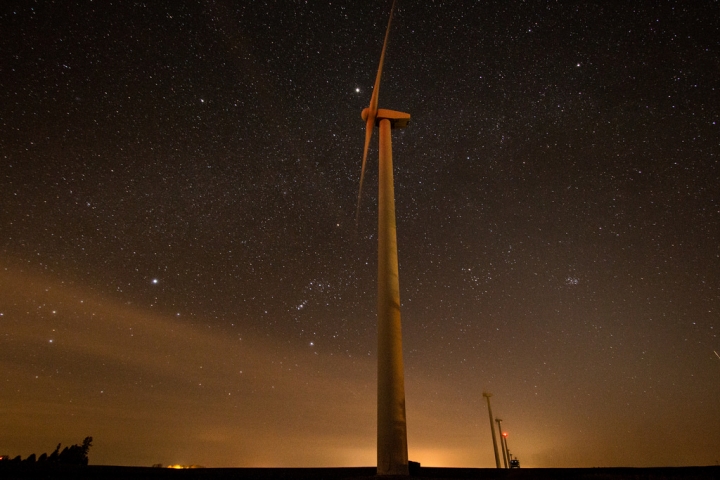 “The idea of expediting projects on public lands is a good one, but if there’s nothing in this rule that helps wind do it, it’s really not a benefit to us,” Grace said. “The real disincentive to developing on federal land is the time it takes to develop projects. Here, the rule doesn’t help with regard to wind.”

Dan Whitten, vice president of the Solar Energy Industry Association, echoed the wind energy association’s worries, saying the rule makes the costs of leasing federal land unpredictable because rental fees developers are charged varies based on the county the solar farm will be built in and changes periodically.

“The net effect is that companies won’t know how much it costs to develop solar on a given tract of land, and without having a sense of costs, there won’t be a great appetite for investment,” he said. “We hope the final rule will recognize the need for predictability and set rates that offer both fair value to taxpayers and predictability for investors.”

“The rule is really part of a bigger trend toward modernizing the process for permitting renewables on public lands and putting certainty and stability around it,” she said.