The first federal budget process under the Trump administration has officially kicked off. But it’s a long, winding road to the final budget as President Trump lays out his expectations, agencies lay out theirs and the House and Senate weigh in.

The opening salvo came on Monday, when administration officials said Trump plans to request a $54 billion increase in defense spending, which currently totals $584 billion and makes up 49 percent of the discretionary federal budget. The U.S. defense budget is the largest in the world, nearly tripling its closest competitor, China. To offset the increase, other agencies will have to cut their spending. 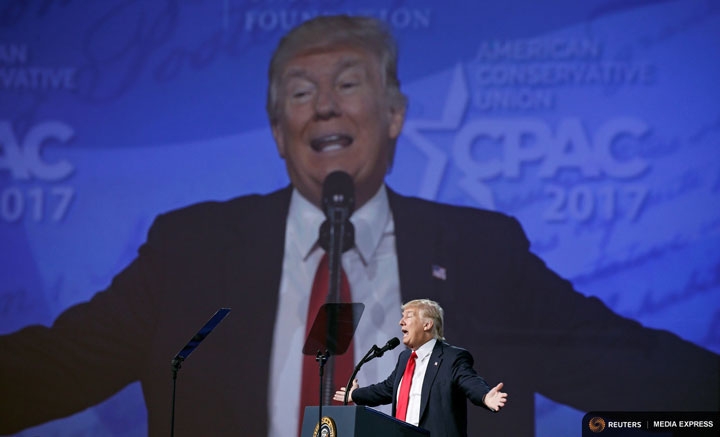 As with all budgets, the devil is in the details. Those details will come into focus over the next few months. The early signs from Trump’s end indicate that past efforts to curb climate change could be on the chopping block.

Two agencies have been singled out by administration officials. The Environmental Protection Agency and State Department have been targeted as two agencies where Trump “will demand a budget with tens of billions of dollars in reductions,” according to the New York Times.

The EPA has a budget of $8 billion while the State Department has a budget, including foreign aid, of roughly $50 billion. Shaving “tens of billions” off their budgets would be a huge blow to the work they do or eliminate them entirely. According to Axios, a senior administration official said the cuts at EPA would be “transformational cuts, particularly to climate-change programs.”

That lines up with the vision that White House chief strategist Steve Bannon put forward over the weekend that Trump is working toward the “'deconstruction' of the administrative state.”

The Heritage Foundation’s budget proposal represents a guidepost. Last year, the Heritage Foundation, a conservative think tank, put out a federal budget proposal that could offer some clues of where the Trump administration may seek cuts. The think tank played a major role in shaping Trump’s transition. It also denies the established science behind climate change, as does Trump and the EPA Administrator Scott Pruitt. Secretary of State Rex Tillerson’s views have hewed closer to the reality of the science behind climate change, though he has remained skeptical on some points of it.

At the EPA, the Heritage Foundation’s plan called for eliminating climate programs, reducing funding for rules enforcement, and other steps that would cut an estimated $4.5 billion out the agency’s budget. The same proposal also advocated for $1.3 billion in cuts to the State Department, including eliminating all U.S. funding for the Paris Agreement, Global Environmental Facility, Intergovernmental Panel on Climate Change and United Nations Development Program.

Other agencies will likely face cuts. Even though the EPA and State Department have been singled out, it’s pretty clear other agencies will also be facing proposed cuts to offset the defense spending increase. Medicare and Social Security, two programs which account for $1.5 trillion in spending alone, have been deemed as off limits by Treasury Secretary Steven Mnuchin. 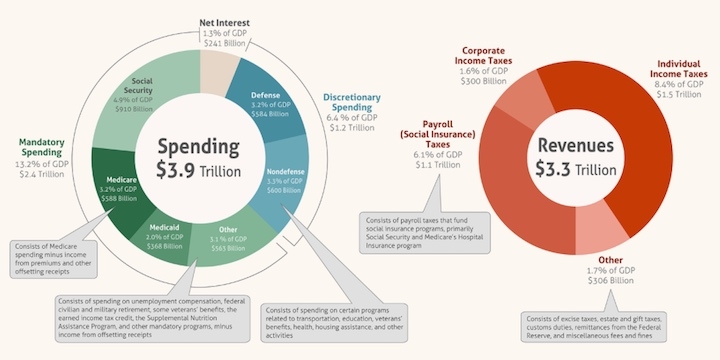 That leaves a broad array of agencies, including many that do climate work, as potential targets. NASA, the departments of Interior, Agriculture, and Energy and Commerce all do extensive climate work that could be targeted given the administration’s desire to defund climate research and regulations.

Of course, Monday’s announcement is merely a sketch of the budget. The fine details of it will take months to finalize. The Trump administration has promised to release a top-line budget proposal by mid-March.

That will have more details about where they’d like to see specific cuts and increases happen. Then Congress will have a say. To meet Trump’s proposal, Congress would have to approve increasing defense spending caps that were put in place from a 2013 budget deal.

Any cuts would have huge ramifications. Reducing the budget isn’t just a game of numbers. It affects government employees, who could be out of jobs, and everyday people. Myron Ebell, Trump’s transition lead at the EPA, said he wanted to reduce the EPA’s workforce by about a third. That would put 10,000 Americans out of work and reduce oversight of polluters that harm the American health

Scott Pruitt has also proposed rolling back regulations at the EPA, including the Clean Power Plan. According to a recent report by Energy Innovation, that would lead to 40,000 premature deaths (in part because the plan will also reduce particulate matter that can cause respiratory problems) and cost the U.S. economy $100 billion by 2030.

Any attempts by Pruitt to rollback the Clean Power Plan or other environmental protections will likely be met with fierce opposition from environmental groups, making the budgeting process a part of a much larger battle over the fate of climate research and regulations.

You May Also Like:
The U.S. is Poised to Set a Record-Setting Record
Senate Mulls ‘Kill Switch’ for Obama Methane Rule
This is What 4 Million Solar Panels Look Like From Space
Scientists Got a New Look at the Growing Larsen C Crack