SÃO PAULO − The unprecedented drought now affecting São Paulo, South America’s giant metropolis, is believed to be caused by the absence of the “flying rivers” − the vapor clouds from the Amazon that normally bring rain to the center and south of Brazil. 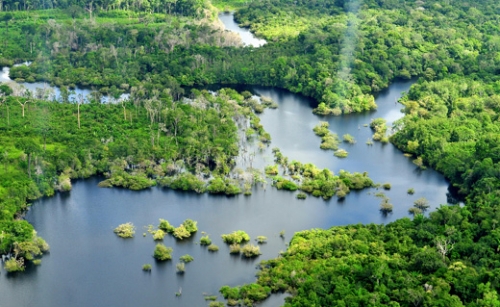 Scientists in Brazil believe the loss of billions of liters of water released as vapour clouds by Amazon rainforest trees is the result of continuing deforestation and climate change – leading to devastating drought.
Credit: CIFOR/flickr

Some Brazilian scientists say the absence of rain that has dried up rivers and reservoirs in central and southeast Brazil is not just a quirk of nature, but a change brought about by a combination of the continuing deforestation of the Amazon and global warming.

This combination, they say, is reducing the role of the Amazon rainforest as a giant “water pump,” releasing billions of liters of humidity from the trees into the air in the form of vapor.

Meteorologist Jose Marengo, a member of the Intergovernmental Panel on Climate Change, first coined the phrase “flying rivers” to describe these massive volumes of vapor that rise from the rainforest, travel west, and then − blocked by the Andes − turn south.

Satellite images from the Centre for Weather Forecasts and Climate Research of Brazil’s National Space Research Institute (INPE) clearly show that, during January and February this year, the flying rivers failed to arrive, unlike the previous five years.

Deforestation all over Brazil has reached alarming proportions: 22 percent of the Amazon rainforest (an area larger than Portugal, Italy and Germany combined), 47 percent of the Cerrado in central Brazil, and 91.5 percent of the Atlantic forest that used to cover the entire length of the coastal area.

Latest figures from Deter, the Real Time Deforestation Detection System based on high frequency satellite images used by INPE, show that, after falling for two years, Amazon deforestation rose again by 10 percent between August 2013 and July 2014. The forest is being cleared for logging and farming.

Tocantins, Pará and Mato Grosso, three states in the Greater Amazon region that have suffered massive deforestation, are all registering higher average temperatures.

As long ago as 2009, Antonio Nobre, one of Brazil’s leading climate scientists, warned that, without the “flying rivers,” the area that produces 70 percent of South America’s GNP would be desert. 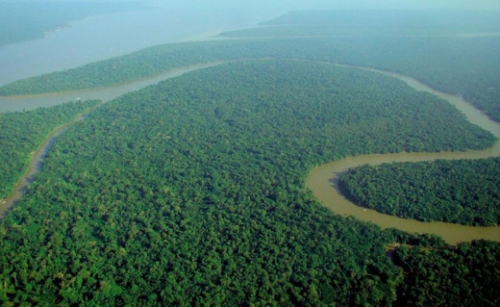 In an interview with the journal Valor Economica, he said: “Destroying the Amazon to advance the agricultural frontier is like shooting yourself in the foot. The Amazon is a gigantic hydrological pump that brings the humidity of the Atlantic Ocean into the continent and guarantees the irrigation of the region.”

“Of course, we need agriculture,” he said. “But without trees there would be no water, and without water there is no food.

“A tonne of soy takes several tonnes of water to produce. When we export soy we are exporting fresh water to countries that don’t have this rain and can’t produce. It is the same with cotton, with ethanol. Water is the main agricultural input. If it weren’t, the Sahara would be green, because it has extremely fertile soil.”

Like other climate scientists, Nobre thinks the role of the Amazon rainforest in producing rain has been underestimated. In a single day, the Amazon region evaporates 20 billion tonnes of vapour − more than the 17 million tonnes of water that the Amazon River discharges each day into the Atlantic.

The fear is that if the Amazon rainforest continues to be depleted at the present rate, events like the unprecedented drought of 2010 will occur more often. The fires set by farmers to clear areas for planting or for cattle-raising make it more vulnerable.

Nobre explained: “The smoke from forest fires introduces too many particles into the atmosphere, dries the clouds, and they don’t rain. During the dry period, of the fires, the forest always maintained a little rain that left it humid and non-flammable, but now two months go by without rain, the forest gets very dry, and the fire gets into it. Amazon trees, unlike those of the Cerrado, have no resistance to fire.”

Nobre’s warning in 2009 was that if deforestation did not stop, there would be a catastrophe in five or six years’ time. Five years on, his words are now proving to be prophetic as São Paulo and all Brazil’s center and southeast suffer their worst ever drought, with devastating effects on agriculture, energy and domestic water supplies.

Climate News Network is a news service led by four veteran British environmental reporters and broadcasters. It delivers news and commentary about climate change for free to media outlets worldwide.