Wind turbines are as ubiquitous as clogs, Legos and tall people in Denmark. Unlike the latter three, though, Denmark’s wind turbines were busy setting a world record in 2015.

According to Energinet, Denmark’s electric utility, the country’s turbines accounted for the equivalent of 42 percent of all electricity produced for the year. It’s the highest proportion for any country — breaking a record the country set just last year — ​and represents more than a doubling compared to just 10 years ago. 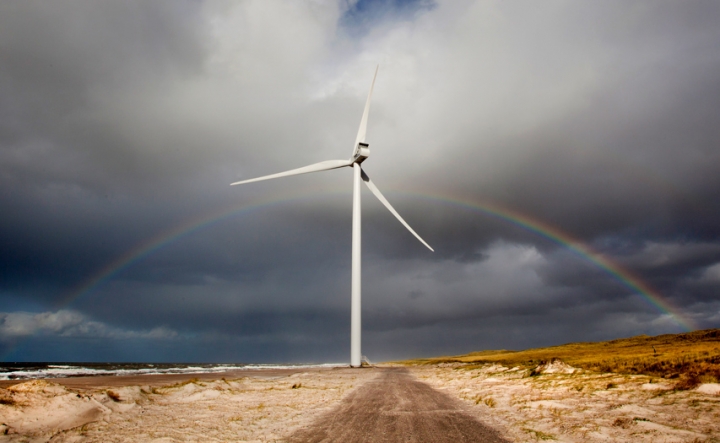 There are other countries that generate more wind energy each year, but Denmark gets the largest chunk of its energy from wind by far. The government has committed to generating 50 percent of its energy from wind by 2020 and 84 percent by 2035. Denmark is part of the European Union, which committed to reducing its greenhouse gas emissions 40 percent by 2030 at the recent Paris climate talks.

In western Denmark, the heart of the country’s wind industry, turbines spun up more energy than the region could use for more than 16 percent of the year, letting the country sell some of its surplus power to its Scandinavian neighbors (though on less gusty days, Denmark also bought nuclear, hydro and solar power back from them).

The sheer number of turbines is one key ingredient for generating a huge amount of wind power. The other is, of course, wind, and as luck would have it, the winds blew harder than normal last year (note this is probably not due to El Niño for a change).

The amount of offshore wind generated in Denmark is also staggering. The country has more than 1,200 megawatts of generating capacity already installed and two other major projects in the works that will generate an estimated 1,000 megawatts, or enough to power 300,000 American homes.