Just as President Donald Trump took the oath of office and the White House scrubbed its website of Obama climate change information, it posted Trump’s “America First Energy Plan,” which is replete with misinformation and specious claims about climate and energy policy. 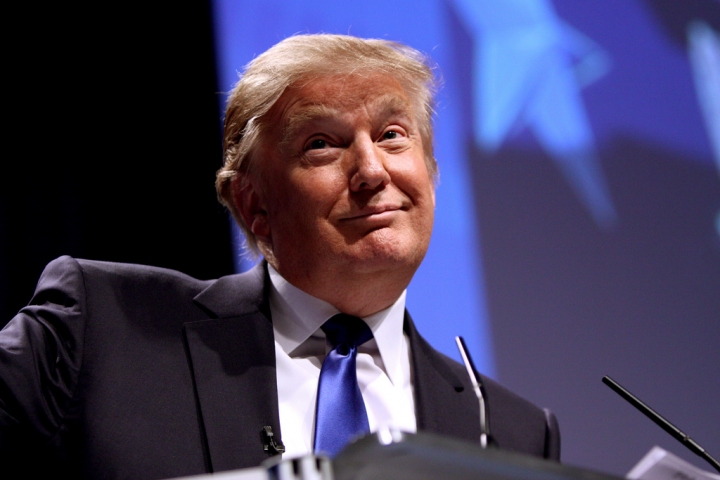 Throughout his campaign, Trump expressed contempt for the Obama administration’s climate policies, which were critical to the success of the Paris Climate Agreement — the international pact aiming to stop global warming from reaching what the world’s scientists agree are dangerous levels.

Obama’s climate and energy policies encouraged the development of low-carbon renewable sources and discouraged the use of coal for electricity as a way to reduce the greenhouse gas emissions driving global warming.

Trump and his transition team called those policies job killers. He falsely claimed that Obama’s policies alone have forced the coal industry into decline. Coal has been on a long, steady decline since 2008 when natural gas was made cheap and abundant because of fracking. Natural gas overtook coal as America’s largest source of electricity for the first time in history in 2016.

The White House’s “America First Energy Plan” reflects those claims and Trump’s disdain for climate science and renewable energy. Here is a paragraph-by-paragraph analysis of the plan:

Energy is an essential part of American life and a staple of the world economy. The Trump Administration is committed to energy policies that lower costs for hardworking Americans and maximize the use of American resources, freeing us from dependence on foreign oil.

Few people question that energy is essential, but Trump’s statement that his administration is committed to low-cost energy and maximizing the use of American resources is seen by many as code for unfettered exploitation of oil, coal and natural gas in the U.S. Trump has called renewables “an expensive way of making the tree-huggers feel good about themselves,” and says a cheaper way to energy independence is through oil, gas and coal.

Fossil fuels are abundant in the U.S. thanks to fracking, which brought about the shale oil and gas boom of the past decade. But oil drilled in the U.S. isn’t necessarily staying in the U.S. and contributing to energy independence. Congress lifted a 40-year ban on oil experts a year ago, and now U.S. oil is being shipped all over the world, even as the U.S. is importing oil from Canada and the Middle East.

At the same time, the costs of renewables has been falling dramatically in recent years, and America’s largest oil refiner and carbon emitter — Texas — has become the nation’s leader in wind power production.

Trump’s skepticism of renewables contrasts starkly with Obama, who said that wind and solar power are a critical a component of energy independence.

A mountaintop removal coal mine in West Virginia — a heavily coal-dependent area that supported President Trump in the 2016 election because of his promise to revive the declining coal industry.
Credit: Dennis Dimick/flickr

For too long, we’ve been held back by burdensome regulations on our energy industry. President Trump is committed to eliminating harmful and unnecessary policies such as the Climate Action Plan and the Waters of the U.S. rule. Lifting these restrictions will greatly help American workers, increasing wages by more than $30 billion over the next 7 years.

“Burdensome regulations” has long been Republican messaging for what they consider odious Obama-era climate policies and regulations that encourage the use of renewables and natural gas instead of fossil fuels to address climate change, or restrict the development of oil and gas on federally owned public lands and waters.

For example, one of Obama’s last-minute actions was to close off most of the Arctic Ocean off of Alaska’s North Coast for oil and gas development as a way to protect the seashore from oil spills and prevent more and more of the carbon pollution driving climate change. That followed a moratorium on coal leasing on federal lands and the closure of large swaths of the Atlantic coast to future oil drilling.

Each of those moves angered fossil fuel boosters in the Republican Party and were motivated in part by Obama’s Climate Action Plan, which involved a variety of measures to help slash America’s greenhouse gas emissions.

Trump’s claim that lifting those and other restrictions would increase workers’ wages by more $30 billion wildly mischaracterizes the potential for workers to benefit from killing U.S. climate policy. The figure seems to come from a 2015 report by Louisiana State University banking professor Joseph R. Mason, which was released by the Institute for Energy Research, an oil-industry funded organization run by Trump’s energy transition team chief,Tom Pyle.

The report claims that $32 billion in annual worker wages over seven years would be earned if all of America’s public lands were opened to oil, gas and coal development — even the lands protected by law from energy development, including wilderness areas and national parks.

That means Trump is saying that if Yellowstone, the White House lawn, Yosemite Valley, the Great Smoky Mountains and Mt. Rushmore were opened to fracking, workers would reap billions in benefits. 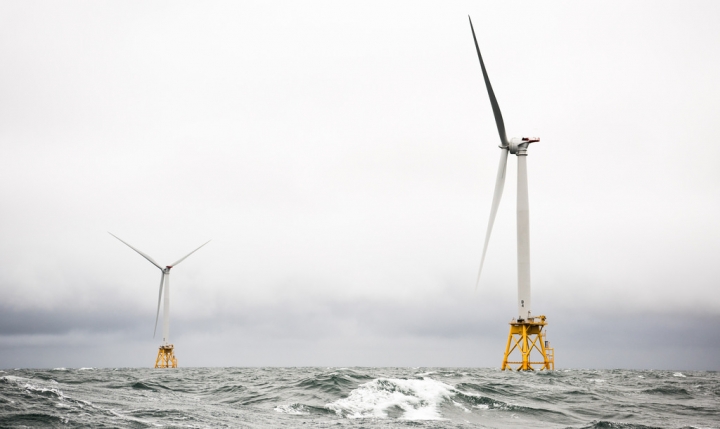 Sound energy policy begins with the recognition that we have vast untapped domestic energy reserves right here in America. The Trump Administration will embrace the shale oil and gas revolution to bring jobs and prosperity to millions of Americans. We must take advantage of the estimated $50 trillion in untapped shale, oil, and natural gas reserves, especially those on federal lands that the American people own. We will use the revenues from energy production to rebuild our roads, schools, bridges and public infrastructure. Less expensive energy will be a big boost to American agriculture, as well.

“Sound” energy policy is a play on “sound science” in an effort to lend it legitimacy.

It is true that the U.S. has vast untapped domestic energy sources — and that includes renewables. While fracking and the shale oil and gas boom led to discoveries of millions of barrels of oil that were once thought too expensive to reach, renewables are some of America’s largest untapped sources of energy.

For example, America’s offshore wind power potential is so huge that if fully developed, offshore wind farms could produce four times the electricity currently generated in the U.S. today, according to the U.S. Department of Energy. America’s first offshore wind farm was completed in December, with more expected to be built over the next five years.

Trump’s estimated $50 trillion in untapped oil and gas reserves is a huge mischaracterization of the fossil fuels that can be developed in the U.S., said Mark Squillace, a professor of natural resources law at the University of Colorado-Boulder.

“The problem with numbers like this is that they do not tell the whole story,” Squillace said. “The United States certainly has vast oil and gas and coal reserves and if you just add them up and multiply by their market value you get a big number. But most of those reserves cannot be economically developed any time in the foreseeable future.”

He said the figure originates from Kathy Hartnett White, a Trump advisor affiliated with the conservative Texas Public Policy Foundation, who told Fox Business in June that the U.S. is sitting on $50 trillion of oil and gas, “but the government is stopping us from getting it.” 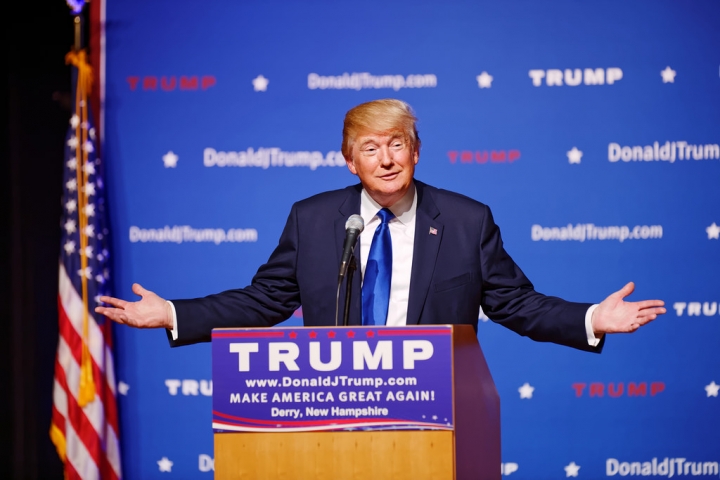 Donald Trump on the campaign trail in 2015.
Credit: Michael Vadon/flickr

The Trump Administration is also committed to clean coal technology, and to reviving America’s coal industry, which has been hurting for too long.

There is also no such thing as “clean coal,” a term used by the coal industry to suggest that some forms of coal and some coal-fired power plants are less polluting than others, and that the cleanest coal is good for the environment.

But that’s not true. Some kinds of coal release fewer greenhouse gas emissions and have a lower sulfur content than others, but all of them pollute the atmosphere with large amounts of carbon dioxide — even more than diesel, gasoline and natural gas. Coal-fired power plants are the world’s primary contributor of the pollution that causes climate change.

In addition to being good for our economy, boosting domestic energy production is in America’s national security interest. President Trump is committed to achieving energy independence from the OPEC cartel and any nations hostile to our interests. At the same time, we will work with our Gulf allies to develop a positive energy relationship as part of our anti-terrorism strategy.

Both of Trump’s recent predecessors, Obama and George W. Bush, have campaigned on energy independence. But while Bush pushed hard for oil, gas and coal development, neither of them were as hostile to renewables as Trump seems to be.

The Middle East has been America’s chief source of oil for decades, with no sign yet of slowing as the U.S. exports more and more of its oil.

A brighter future depends on energy policies that stimulate our economy, ensure our security, and protect our health. Under the Trump Administration’s energy policies, that future can become a reality.

Trump has said little about his strategy for protecting Americans’ health while gutting environmental regulations that have improved public health for decades.

And, climate scientists have been outspoken about what Trump’s “brighter future” might look like if climate change is ignored and carbon emissions are not cut: Weather will become more extreme, heat waves will become more common, Earth’s polar ice caps will melt and America’s coastal cities could be underwater within the lifetimes of today’s youngest children.

Lastly, our need for energy must go hand-in-hand with responsible stewardship of the environment. Protecting clean air and clean water, conserving our natural habitats, and preserving our natural reserves and resources will remain a high priority. President Trump will refocus the EPA on its essential mission of protecting our air and water.

When talking about energy throughout his campaign, Trump focused heavily on the need to protect America’s air and water. Here, he expands on that to include natural habitats and other resources. But Trump’s energy policy says nothing about climate change, which will be made drasticly worse if the U.S. develops as much oil, gas and coal as Trump suggests.

America’s air and water have been kept clean over the past 40 years because of environmental laws enforced by the Environmental Protection Agency, which Trump previously said he wants to abolish. Trump has appointed one of the EPA’s most ardent foes to head the agency — Oklahoma Attorney General Scott Pruitt, who has sued the EPA 14 times and is involved in a lawsuit aiming to kill one of Obama’s most sweeping climate policies.

During his confirmation hearing, Pruitt said he wants states to have more control over how they are regulated by the EPA, suggesting that the federal laws protecting America’s air and water would be applied unevenly from state to state. Some states are much more vigilant in enforcing environmental regulations and have more resources than others,

Trump has said nothing about how a weakened EPA would accomplish his goal of keeping America’s air and water clean.

You May Also Like:
There Were a Crazy Number of Record Highs in 2016
Exxon’s $180 Million Deal With Trump’s Pick for State
Potential for Collapse of Key Atlantic Current Rises