One of the most powerful climate pollutants on earth, hydrofluorocarbons or HFCs, account for a small portion of U.S. climate pollution, but scientists say it’s important for countries to urgently cut them just because they’re so potent — and growing.

Efforts to cut HFCs became more difficult both in the U.S. and globally on Tuesday, when a federal appeals court in Washington, D.C., ruled that the Environmental Protection Agency has overstepped its authority in regulating HFCs under the Clean Air Act. 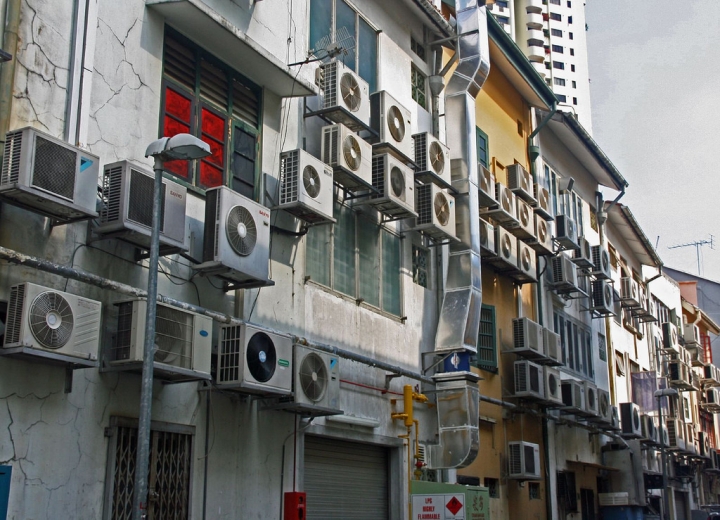 As the world warms, the use of air conditioning is increasing and many of those units use HFCs, a coolant harmful to the climate. Credit: Matthew Klein/flickr

The ruling leaves the U.S. without an immediate legal mechanism to control HFCs, which amount to about 3 percent of U.S. climate pollution.

Though that’s a small part of the nation’s greenhouse gas emissions, they’re between about 1,000 to 12,000 times as potent as carbon dioxide, depending on the specific chemicals used to make HFCs.

That means that just one kilogram of an HFC is the equivalent of 1.7 tons of carbon dioxide pollution, said Paul Blowers, a chemical engineering professor at the University of Arizona.

HFCs lurk in the leaky refrigerator cases of grocery stores and air conditioners across the globe. Each of those refrigerator cases leaks about 10 percent of its HFCs each year. The EPA expects HFC pollution to triple in the U.S. in the coming decades, and it could grow dramatically here and abroad as more nations adopt air conditioning as the climate warms.

Blowers said HFC emissions are easier to cut than carbon emissions from vehicle tailpipes and other forms of climate pollution because it’s easier to regulate tens of thousands of grocery store refrigerator cases than hundreds of millions of cars on the road.

The ruling, by a three-judge panel, said the EPA was out of bounds when it approved a federal rule in 2015 requiring companies to replace HFCs with another gas as a way to cut America’s greenhouse gas emissions.

The ruling affects an international treaty signed by negotiators from the U.S. and 169 other nations in Kigali, Rwanda, last year to help phase out HFCs globally. The agreement, which must be ratified by the U.S. Senate, amended the 1987 Montreal Protocol to include a ban on HFCs globally. The Montreal Protocol is the international treaty banning chemicals that deplete the ozone layer.

Using the Clean Air Act to comply with the protocol, the EPA chose HFCs to replace ozone-depleting chlorofluorocarbons, or CFCs, in aerosol cans and refrigerators — the main cause of the ozone hole. Without recognizing the climate impact, the agency declared that HFCs do not harm the ozone layer and are a safe replacement for CFCs.

“As we’ve moved away from ozone destroyers, we’ve moved toward climate destroyers,” said Michael Wara, a climate and energy law professor at Stanford University unaffiliated with the case. 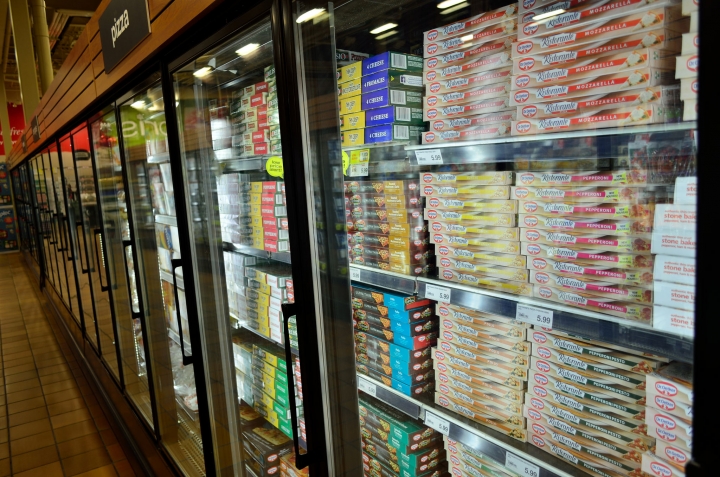 The Obama administration tried to fix that problem by helping to negotiate the Kigali agreement and requiring companies in the U.S. to phase out HFCs as part of Obama’s Climate Action Plan. Without the ban, the EPA estimated that HFC pollution would triple by 2030.

The regulation was seen as a way to accomplish the goals of the Kigali agreement without requiring it to be ratified by the Senate, which is unlikely to do so under GOP control, Wara said.

But after the new rule took effect in 2015, two foreign HFC manufacturers operating in the U.S., Mexichem Fluor and Arkema of France, sued the EPA.

The companies said the agency had no authority to use the rule banning chemicals harmful to the ozone layer to also ban chemicals that don’t affect the ozone layer, including HFCs. Mexichem declined to comment. Arkema did not respond to requests for comment.

Major U.S.-based HFC manufacturers support the EPA’s regulation and one of them, Honeywell, intervened in the case along with the Natural Resources Defense Council, an environmental group.

Honeywell said in 2014 that the Obama administration’s efforts to cut HFC pollution would help the company slash its most potent HFCs by 50 percent by 2020. The company planned to spend $880 million on research and development to replace its HFCs.

“Phasing down the use of HFCs is a critical step that the world is taking to encourage the adoption of technologies that radically reduce the greenhouse gas (GHG) impact of refrigerants, aerosols, solvents and blowing agents,” Honeywell said in a statement. “We believe the EPA’s regulation was well-supported by the law and was in the best interests of the public, industry and the environment. We are closely reviewing the decision and are likely to pursue an appeal”

In February, the Trump administration defended the EPA’s HFC rule in court — a rare example of Trump’s EPA, which is on record as questioning the legitimacy of established climate science, defending an Obama-era climate regulation. 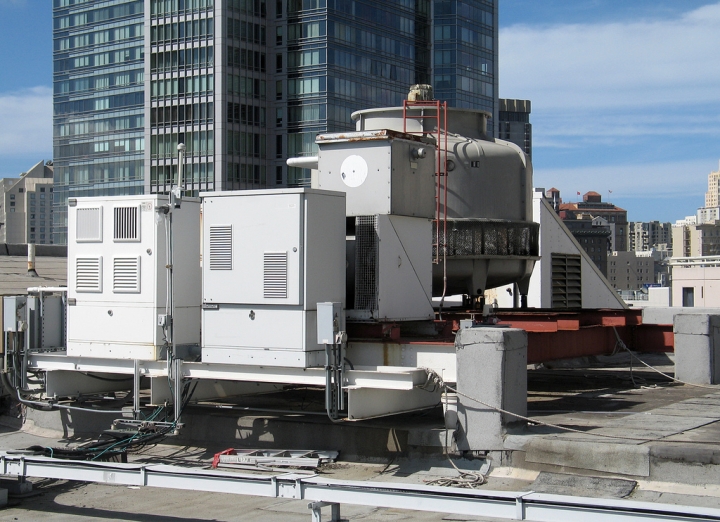 The ruling calls into question the U.S. ability to control HFCs without congressional action — something unlikely to happen because Trump opposes new regulations and Republicans are not inclined to create new ones, Wara said.

Wara said the court’s decision could be appealed in two ways. The federal government or another intervener in the case, such as NRDC, could appeal the ruling to the Supreme Court. Or, they could ask the full panel of 11 D.C. Circuit Court judges to review the ruling, he said.

Lissa Lynch, an NRDC staff attorney, said the organization is assessing its appeal options, including seeking a rehearing of the case before the full appeals court or urging the EPA to pursue new HFC regulations.

“We’re hopeful that EPA will do the sensible thing and fight for this important rule,” Lynch said.

You May Also Like:
New Jersey Is Cutting Food Waste to Help the Climate
Rising Seas Spark Tobacco-Style Lawsuits in California
South Miami Just Made a Huge Rooftop Solar Decision
Here’s How Much Arctic Sea Ice Has Melted Since the ‘80s