As the Trump administration embarks on a deregulatory frenzy aimed at weakening federal climate action, Congress is matching his enthusiasm. Dozens of GOP-sponsored bills have been introduced that seek to hamstring the government’s ability to protect the environment, cut greenhouse gas emissions and consider peer-reviewed science in its decisions.

Legislation introduced since January includes a bill to undermine science used by the EPA, one to prevent the treatment of CO2 as a pollutant, a measure to end federal oversight of fracking and even one that abolishes the EPA altogether. 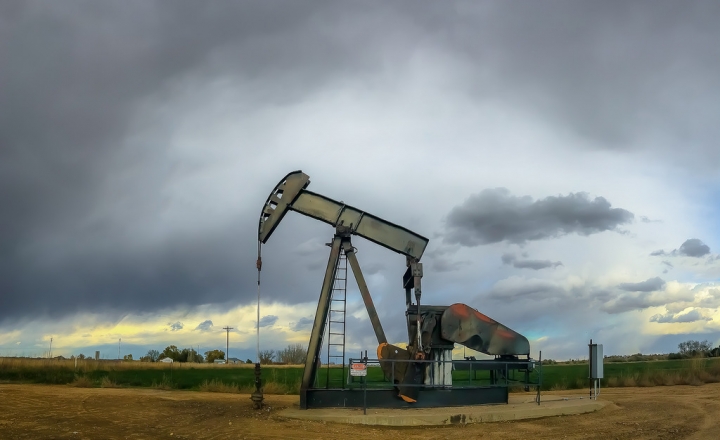 Congress is considering a bill that would give individual states sole domain over hydraulic fracturing regulations. This is an oil and gas well in Weld County, Colo.
Credit: C.L.Baker/flickr

Some bills are revived versions from factions in Congress who have long opposed federal action on climate change and environmental regulation. With the Trump administration’s stated mission to roll back regulations of all kinds, Republican lawmakers are seizing the moment.

“I would still put long odds on any of them making it through the Senate,” said Michael Wara, an environmental law professor at Stanford Law School, noting the Republicans have only a 52-48 edge in that chamber. “So in some sense, not much has changed, and we should not put too much weight on legislation that has been introduced or even passed in the House until there is strong Senate sponsorship of a parallel bill.”

Only a few pieces of anti-climate or anti-environmental regulation legislation have gained traction in both houses. Still, climate scientists and watchdogs are alarmed by what they see, and fear that some bills could end up with Trump’s signature on them.

“These bills are aimed at making it more difficult for policymakers to use solid science in policymaking,” said Michael Mann, a Penn State climate scientist who testified before the House Science Committee on March 29. “Great for the fossil fuel industry, the tobacco industry, and the other corporate interests whose bidding they’re doing; bad for the rest of us who bear the brunt of lost protections and safeguards.”

David Archer, a University of Chicago geophysicist who studies the carbon cycle, said the proposed legislation and Trump’s deregulatory efforts show contempt for science and the low-income and minority communities most likely to be harmed by policies that weaken environmental protection.

Taken together, however, the deregulatory bills amount to little more than political theater and have almost zero bipartisan support, said Michael Burger, executive director of the Sabin Center for Climate Change Law at Columbia University

“To the extent Republicans expect anything to pass into law, it seems they are more interested in advancing special interests than protecting public health and welfare,” he said.

These are among the dozens of such bills — none of them with significant Democratic support — currently being considered by Congress:

The bills generating the most anxiety in the scientific community are those requiring federal environmental regulations to be based only on research that is fully available to the public, in particular, the Honest and Open New EPA Science Treatment Act. Passed by the House last week, the bill would limit the science used by the  EPA to that which is  publicly available and reproducible.

The bill, which has failed to pass the House in the past, was revived by climate change denialist Rep. Lamar Smith, R-Texas. He aims to discredit peer-reviewed climate science, including research underlying the Intergovernmental Panel on Climate Change climate assessment reports that he falsely claims was not conducted following the scientific method.

“The goal here is to create the opportunity to better challenge the science underlying agency actions,” Wara said.

The science underlying EPA regulations is vigorously reviewed and transparent, and the bill could prevent the agency from using the best science to substantiate its policies, said Gretchen Goldman, research director at the Center for Science and Democracy at the Union of Concerned Scientists.

The raw data, models and code that form the basis of many studies are often not publicly available because it is proprietary intellectual property or private health data that cannot be legally made public, Goldman said. The EPA would be barred from using research that fell into those categories, she said.

The mandate for the research to be “reproducible” would also prohibit research from being used as the basis of policy, said Ken Caldeira, senior scientist at the Department of Global Ecology at the Carnegie Institution for Science.

“All of the climate science and related environmental science that I read in the peer-reviewed literature is in-principle reproducible,” Caldeira said. “The reason it is not in fact reproducible is that the federal funding agencies rarely provide resources to redo work that someone else has already done.”

The bill is being heard by the Senate Committee on Environment and Public Works. 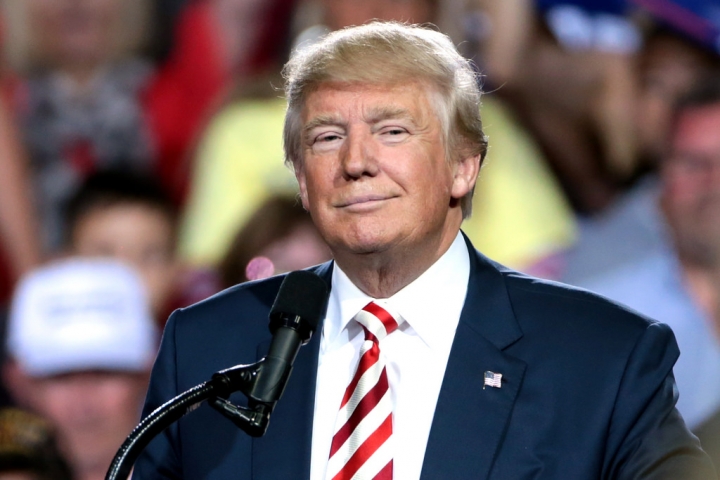 President Donald Trump has said one of the goals of his presidency is to dismantle as many federal regulations as possible, particularly those addressing climate change.
Credit: Gage Skidmore/flickr

Scientists are also nervous about the EPA Science Advisory Board Reform Act, which passed the House with the support of two Democrats on March 30. The act would prohibit the board from “communicating uncertainties” and making policy recommendations to the EPA, while encouraging dissenting board members to speak out. The board provides scientific advice to the EPA administrator.

Most climate science involves uncertainty. For example, it’s impossible to know precisely when human climate pollution will warm the atmosphere to levels scientists consider dangerous — 2°C (3.6°F) — but it’s likely to happen before 2050.

But the bill, if passed, would bar the EPA administrator from hearing anything about uncertainties, which means the Science Advisory Board couldn’t discuss much science at all.

The bill is being heard by the Senate Committee on Environment and Public Works.

The Stopping EPA Overreach Act, if passed, would prevent the federal government from using the Clean Air Act to regulate greenhouse gas emissions — the basis of the Clean Power Plan and other EPA climate regulations.

The bill would overturn the EPA’s “endangerment finding,” a 2009 scientific determination that carbon dioxide pollution is a threat to human health because it causes climate change. The EPA released the finding after a 2007 Supreme Court decision allowing greenhouse gases to be regulated under the Clean Air Act.

While the bill has more sponsorship than any climate- or EPA-related bill to pass the House so far — 120 co-sponsors, all of them Republican — legal experts do not expect the bill or any of the others to gain much traction in the Senate if it is passed in the House.

However, the Senate is considering its own limits on federal greenhouse gas regulation.

Sen. Jeff Flake, R-Ariz., and Sen. John McCain, R-Ariz., are among the sponsors of the Agency PAYGO for Greenhouse Gases Act. If a proposed greenhouse gas emissions regulation imposes costs to other federal agencies, the EPA must offset those costs with cuts to its own budget.

The bill is being heard in the Senate Environment and Public Works Committee.

Other bills that aim to hamstring federal environmental and climate protection, but still have a lot of traction to gain in Congress, include:

• Fracturing Regulations are Effective in State Hands Act. This bill, sponsored in the House by seven Republicans and in the Senate by 12 Republicans, would prevent the federal government from regulating any aspect of hydraulic fracturing, or fracking, handing that responsibility to individual states.

Fracking is a method of injecting sand and chemicals to crack open rock formations deep underground to release oil and natural gas. Advances in fracking technology brought about the shale oil and gas boom of the past decade, helping to cause the 2014 crash in oil and gas prices and encouraging electric power plants to switch away from coal. The fracking process also pollutes the atmosphere with methane, a gas about 34 times as strong as carbon dioxide in warming the climate over the span of a century.

The Obama administration attempted to control air and climate pollution from fracking operations, but Trump overturned those efforts with an executive order in March.

• The Recognizing Protection of Motorsports Act, or “RPM Act.” This bipartisan bill exempts emissions from cars used in competition, such as stock car racing, from regulation under the Clean Air Act. The legislation has 112 sponsors in the House and a corresponding bill has 27 sponsors in the Senate. Both bills are being heard in committee.

• The Ozone Standards Implementation Act. This bipartisan Senate bill, sponsored by six senators from coal-dependent states, amends the Clean Air Act to delay implementation of 2015 ozone pollution standards implemented by the Obama administration. The bill requires the EPA’s Science Advisory Board to provide advice about how meeting the ozone pollution standards would have adverse public health and economic impacts. The bill remains in committee.

• The Wasteful EPA Programs Elimination Act. Sponsored by a single Texas Republican congressman, this bill would kill nearly all EPA climate programs, and terminate the EPA’s environmental justice programs and state grant programs. The bill is stalled in committee.